This device at Smith’s Tavern is a cheese press. It is made mostly of wood and consists of a long plank supported by a wood block that holds the device at an angle, a hand pump that lifts and lowers a wooden mixer into a round metal canister with perforated sides that sits on a metal pan.

Cheesemaking required a fair amount of equipment. Among this was the cheese press, a tool used to shape cheese curds as well as press excess whey from them so that they would end up in a form suitable for storing and curing. After salting, the curds would be placed into cheesecloth-lined cheese hoops, which would subsequently rest on two platforms. The platform above the hoops was brought down by an iron thread to press the cheese overnight. The next day, the newly-formed cheeses were removed from the press and left to bathe in warm water. This allowed the cheeses to solidify before being pressed a second time. Afterwards, the young cheeses were packaged, dated, and placed in a farmhouse aging room—or a cool cellar during the warmer summer months—so that aged cheeses could be enjoyed when fresh milk was no longer available. 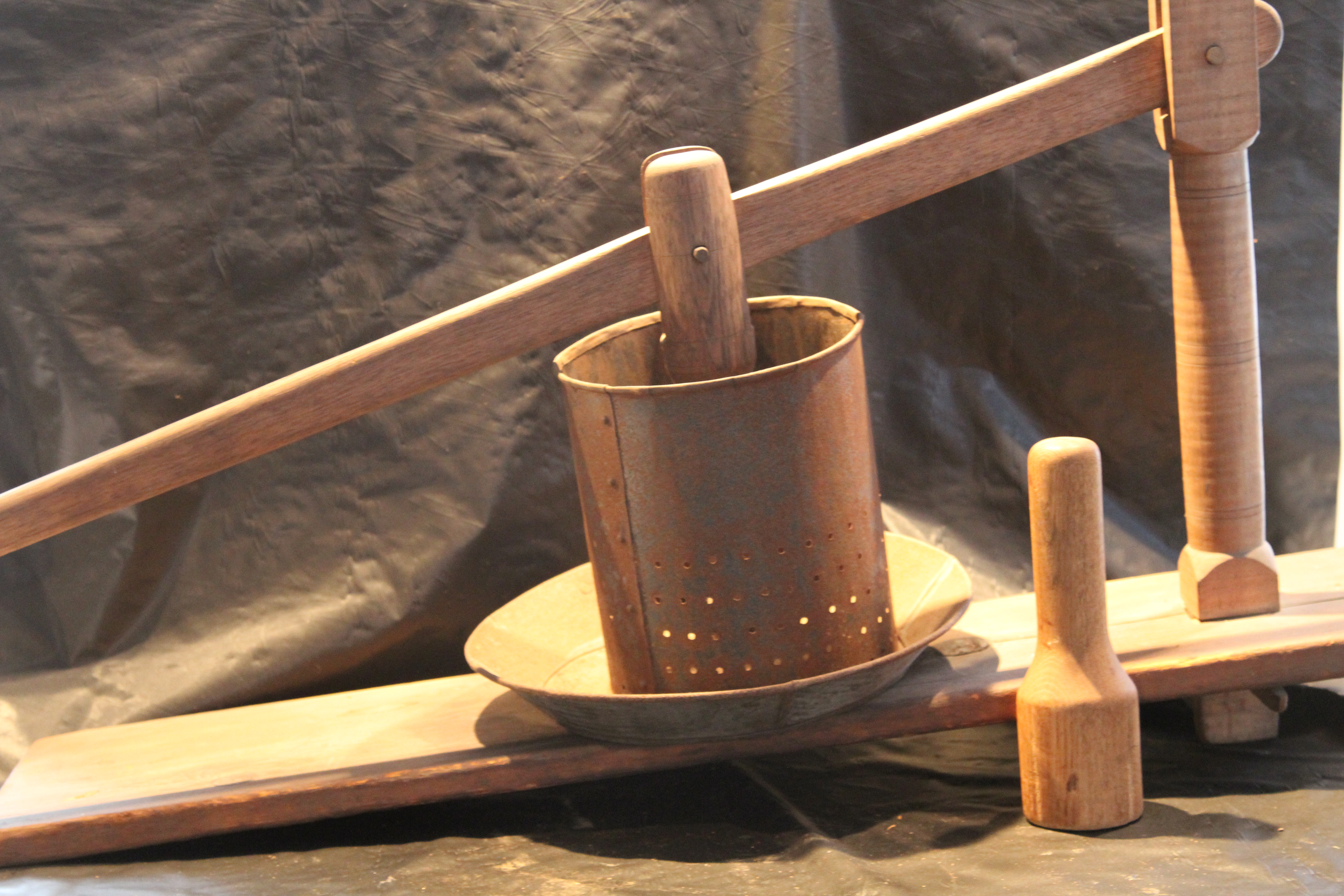 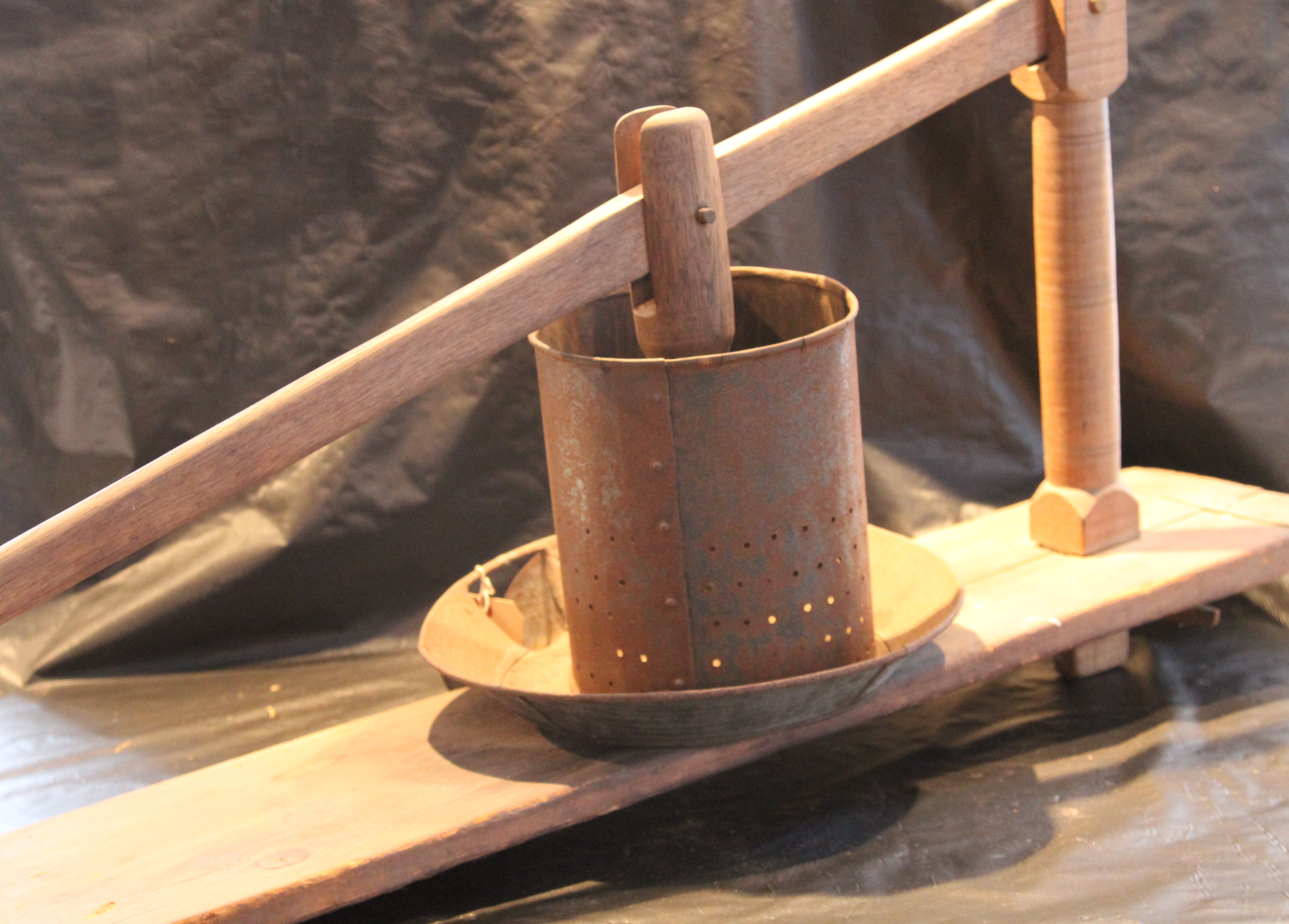