Shoemaking became more commercialized in the mid-18th century, as it expanded as a cottage industry (especially in North Castle).  Large warehouses began to stock footwear in warehouses, made by many small manufacturers from the surrounding area.

The traditional shoemaker would measure the feet and cut out upper leathers according to the required size.  These parts were fitted and stitched together. The sole was next assembled, consisting of a pair of inner soles of soft leather, a pair of outer soles of firmer texture, a pair of welts or bands about one inch broad, of flexible leather, and lifts and top-pieces for the heels.  The insole was then attached to a last or anvil form made of wood or cast iron, which was used to form the shoe. Some were straight, while curved pieces usually came in pairs: one for left shoes, the other for right shoes. The 'lasting' procedure then secured the leather upper to the sole with tacks.  The soles were then hammered into shape; the heel lifts were then attached with wooden pegs and the worn out-sole was nailed down to the lifts. The finishing operation included paring, rasping, scraping, smoothing, blacking, and burnishing the edges of soles and heels, scraping, sand-papering, and burnishing the soles, withdrawing the lasts/anvil forms and cleaning out any pegs which may have pierced through the inner sole. 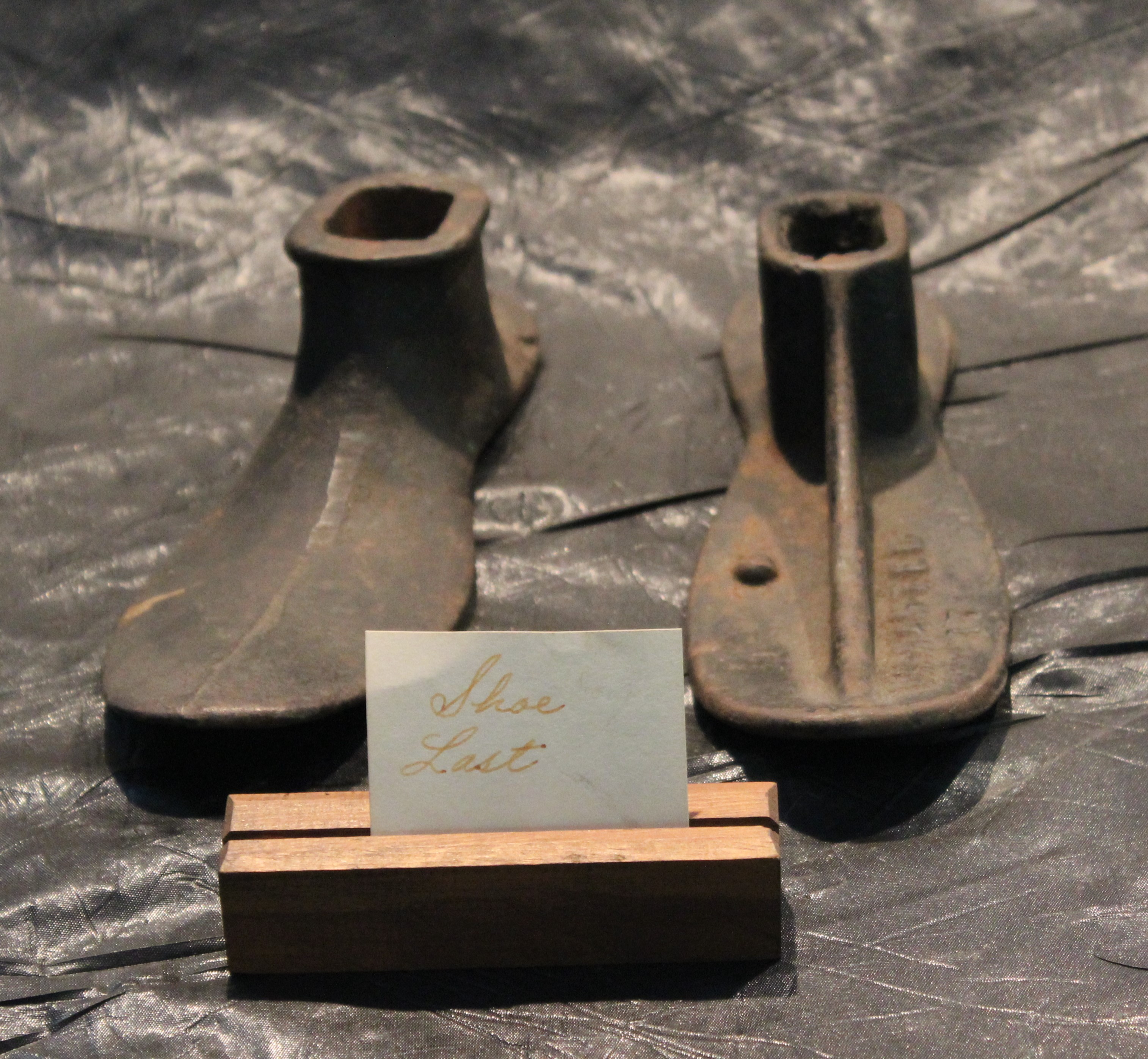 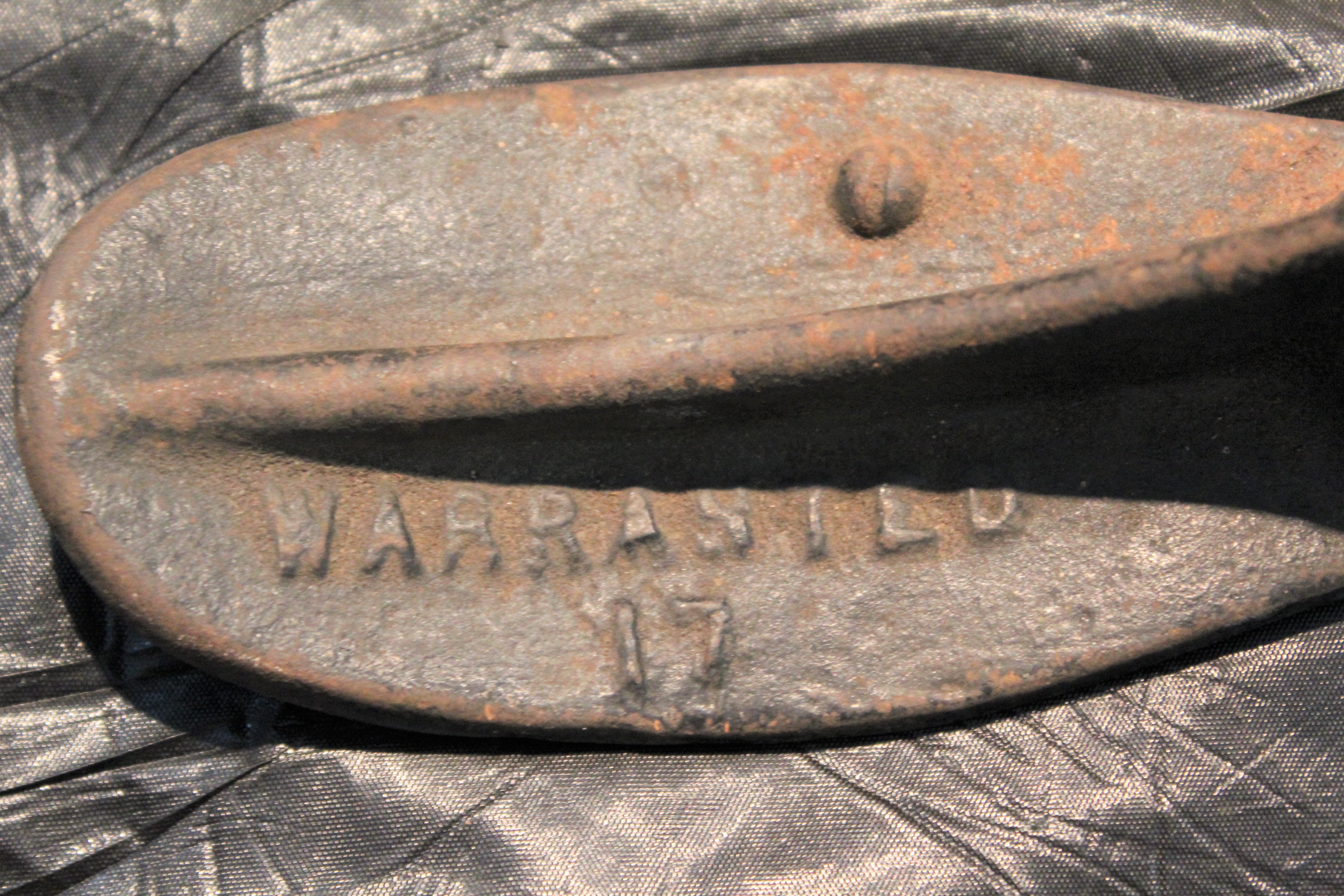 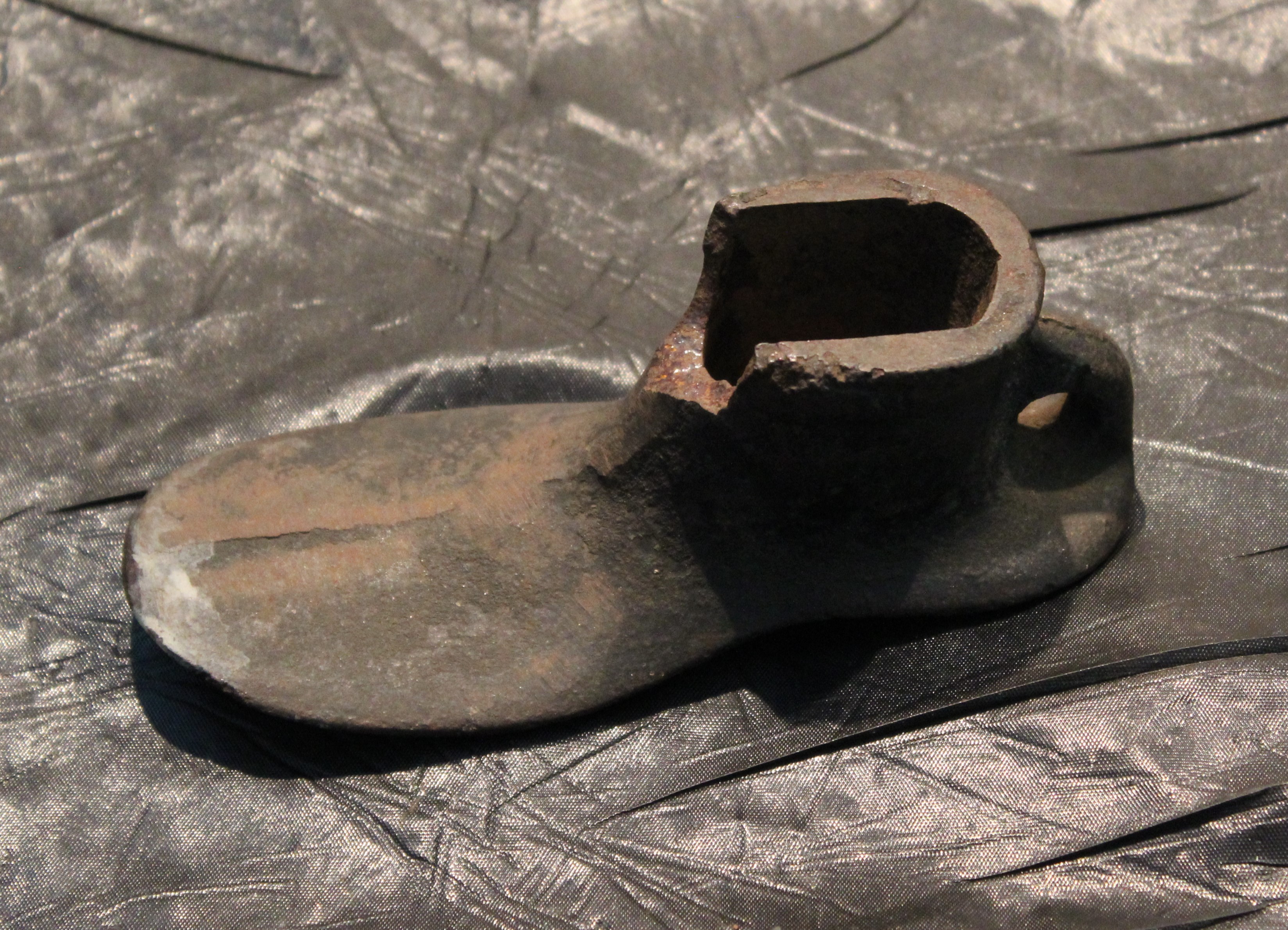 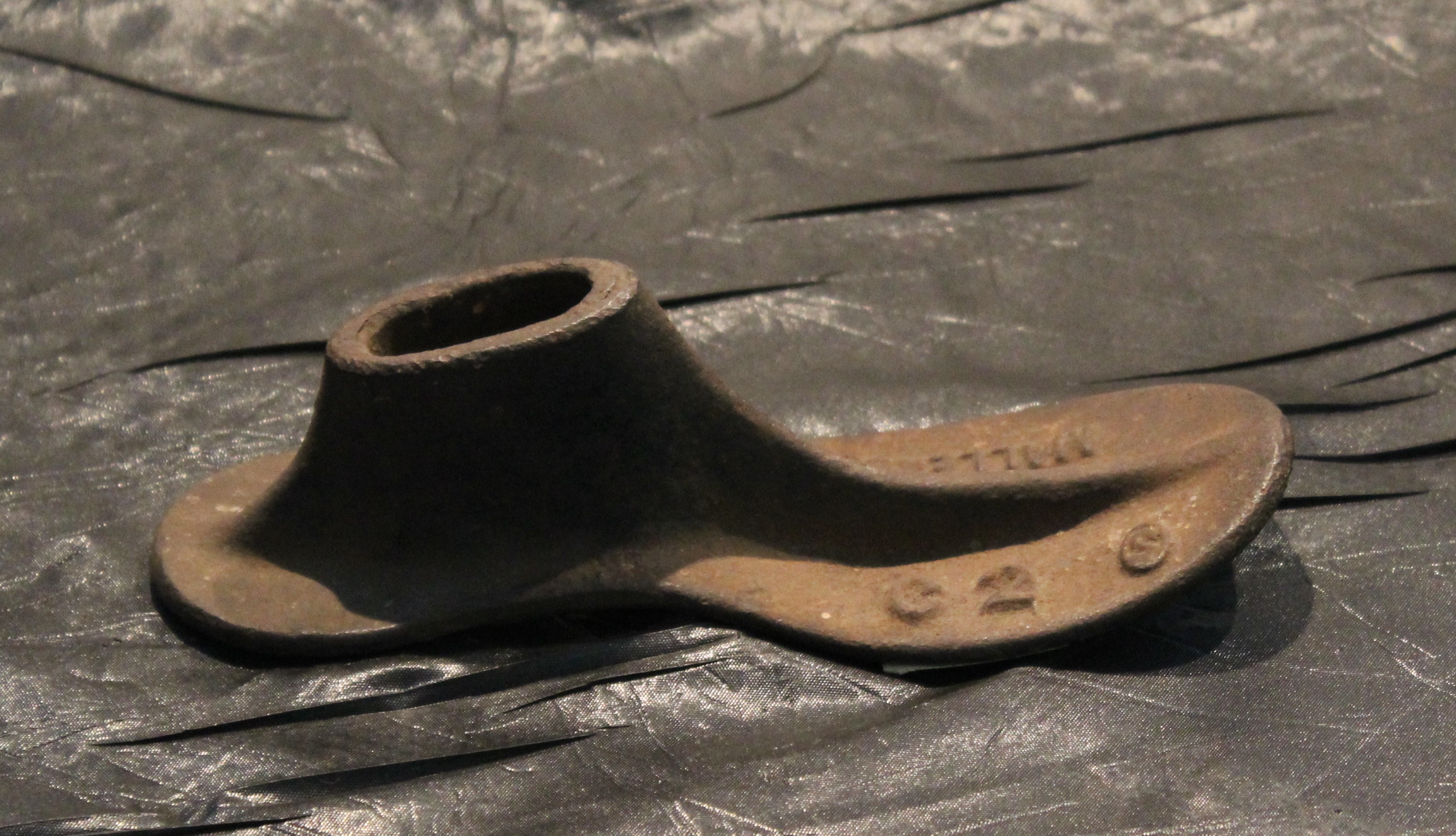 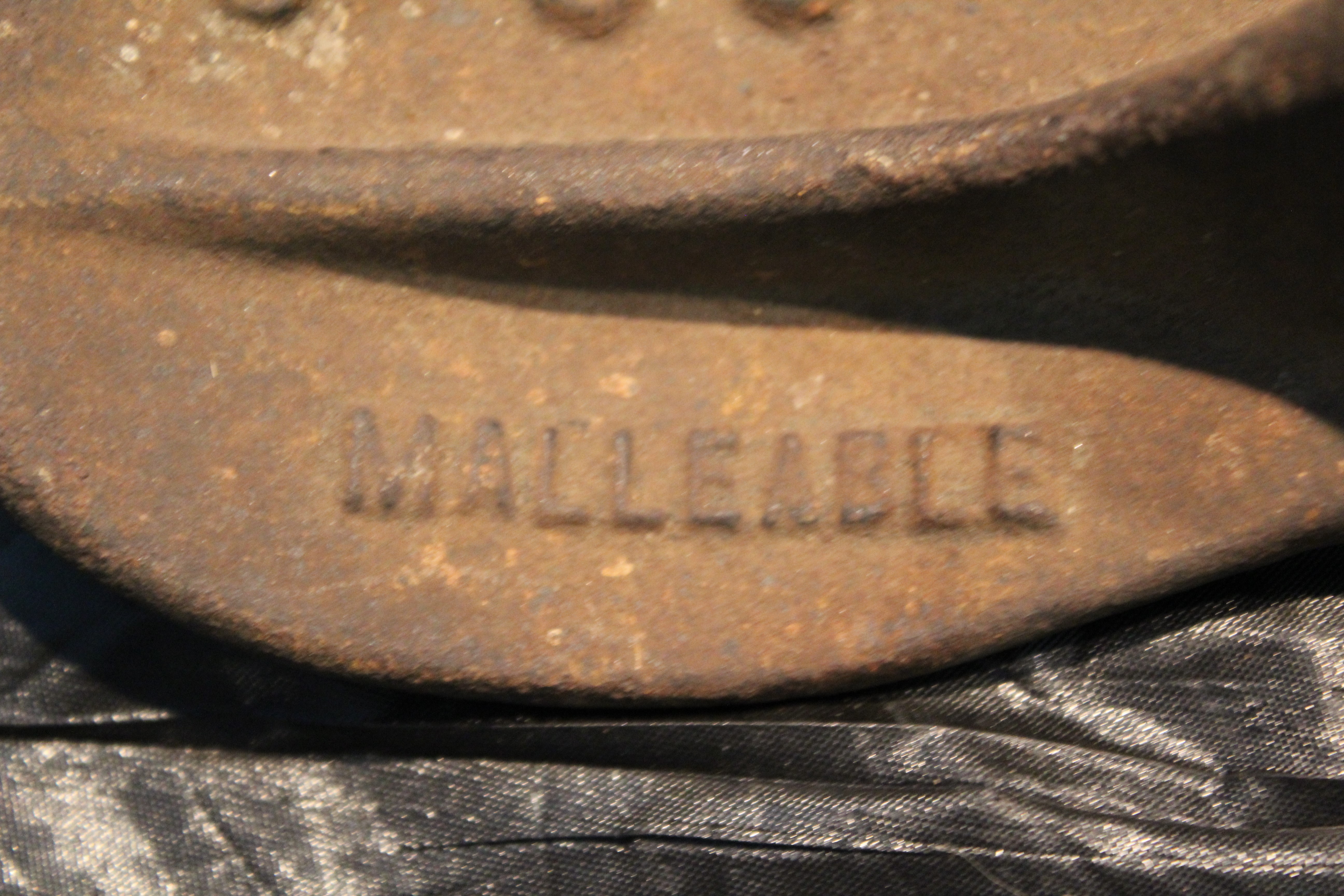 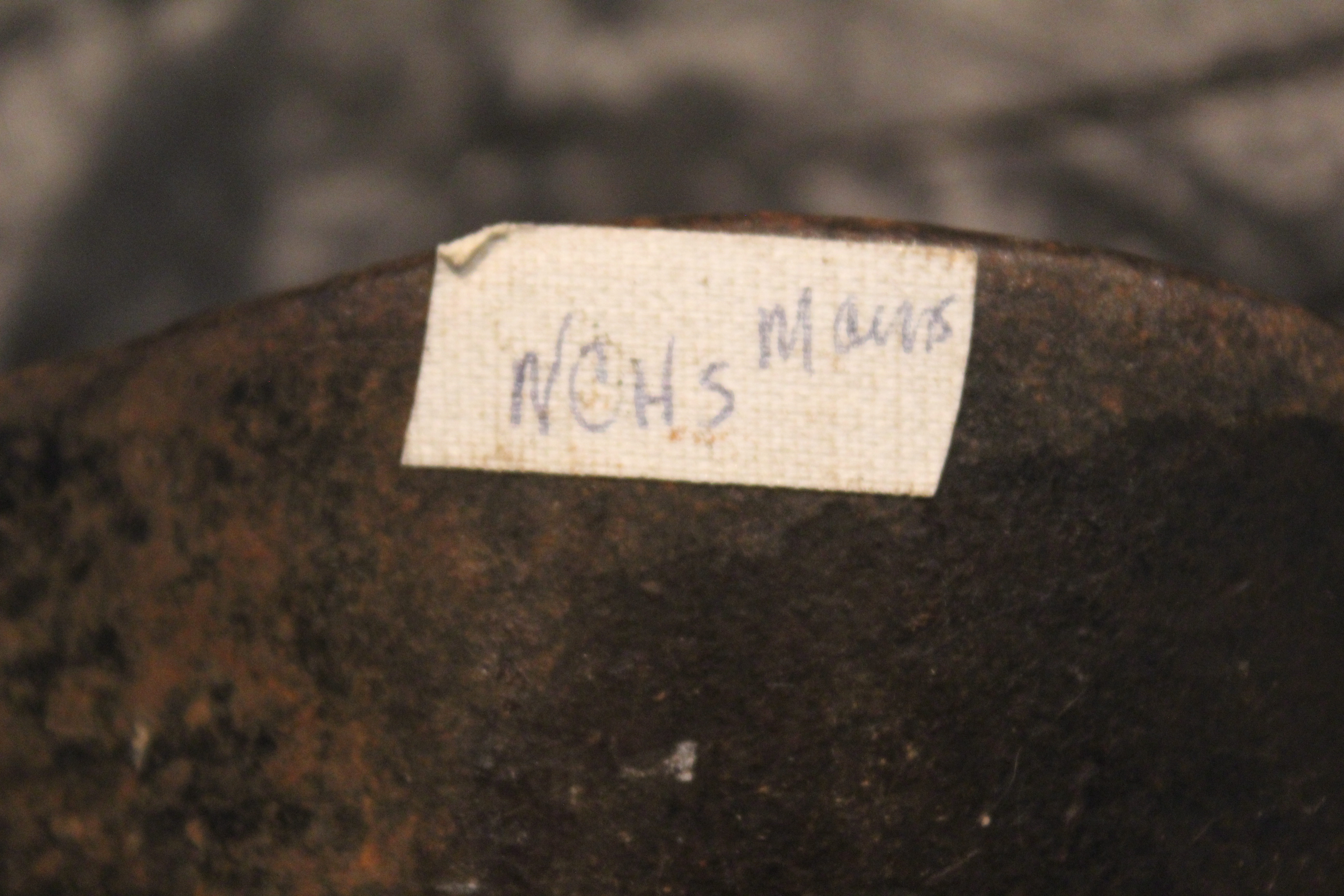