As per his patent application, “…The object of this invention is to provide an improved device for cutting butter in tubs and other vessels, so as to remove the butter from the tub or other vessel and at the same time divide it into pound weights for retailing and similar purposes, a further object is to provide a device of the class specified by which butter, cheese, lard, and similar substances may be cut into blocks of any desired form weighing a pound or any other desired amount; and with these and other objects in view the invention consists in a device of the class specified constructed as hereinafter described and claimed.” 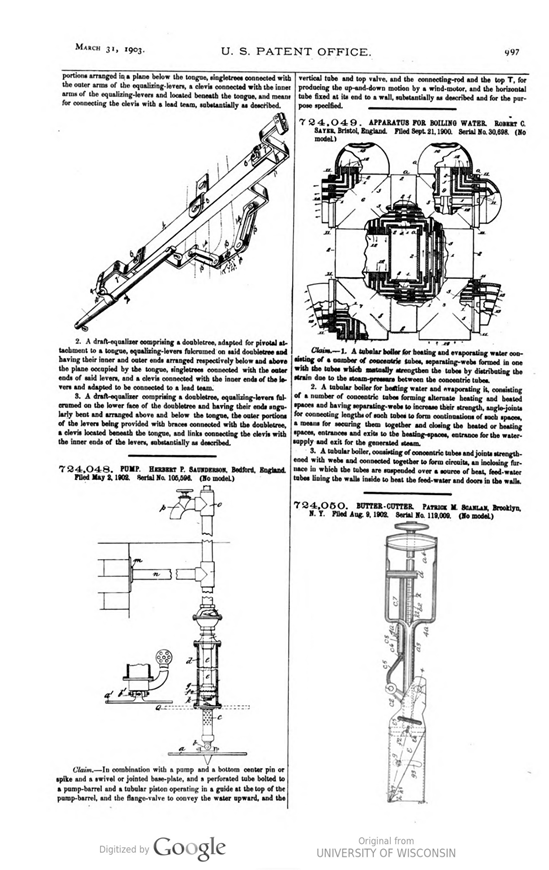 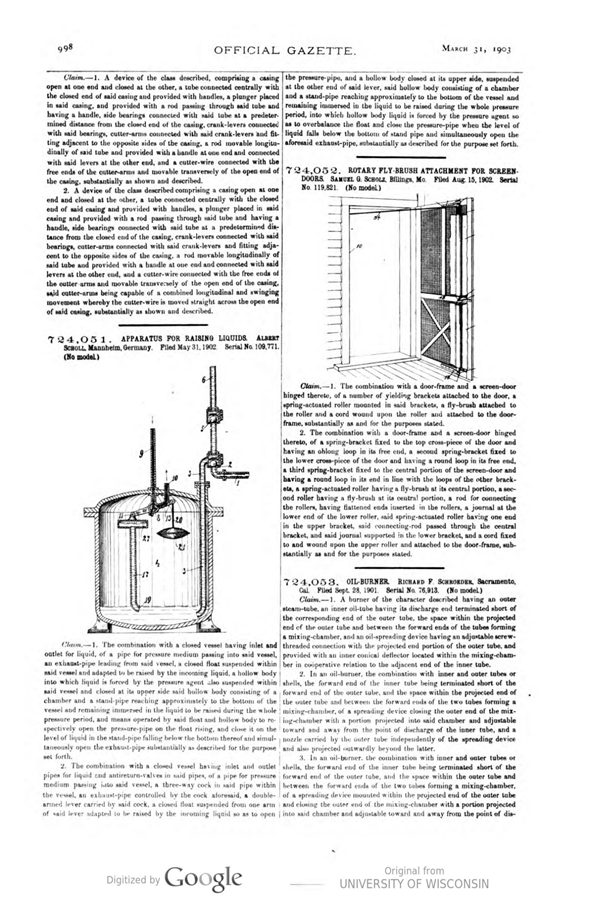