This tool at Smith’s Tavern is a blade sheep shears.

Sheep shearing is the process by which the woolen fleece of a sheep is cut off. The person who removes the sheep's wool is called a shearer.  Typically, each adult sheep is shorn once each year (a sheep may be said to have been "shorn" or "sheared", depending upon dialect). The annual shearing most often occurs in a shearing shed, a facility especially designed to process often hundreds and sometimes more than 3,000 sheep per day.

Sheep are shorn in all seasons, depending on the climate, management requirements and the availability of shearers.  Ewes are normally shorn prior to lambing in the warmer months, but consideration is typically made as to the welfare of the lambs by not shearing during cold climate winters.  Shorn sheep tolerate frosts well, but young sheep especially will suffer in cold, wet windy weather (even in cold climate summers). In this event they are shedded for several nights until the weather clears.

Sheep shearing is also considered a sport with competitions held around the world; it is often done between spring and summers

Blade shears, like those at Smith’s Tavern, are similar to scissors, although most have the hinge at the back of the shears rather than the center.  This type is called double bow shears are by far the most common as they are the most versatile.  The cutting edges pass each other as the shearer squeezes them together and shear the wool close to the animal's skin.  Blade shears are still used today but in a more limited way.  Blade shears leave some wool on a sheep and this is more suitable for cold climates. 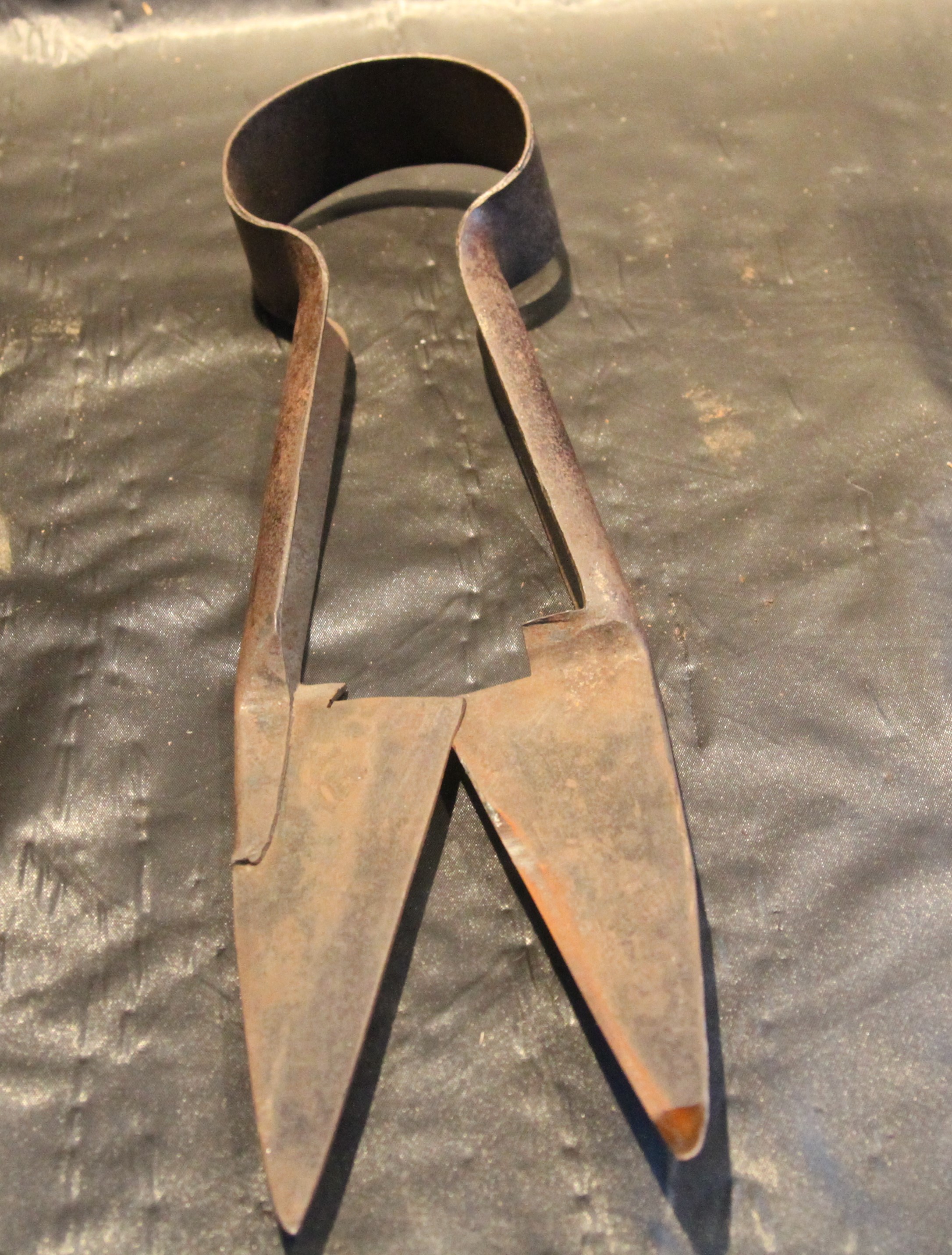 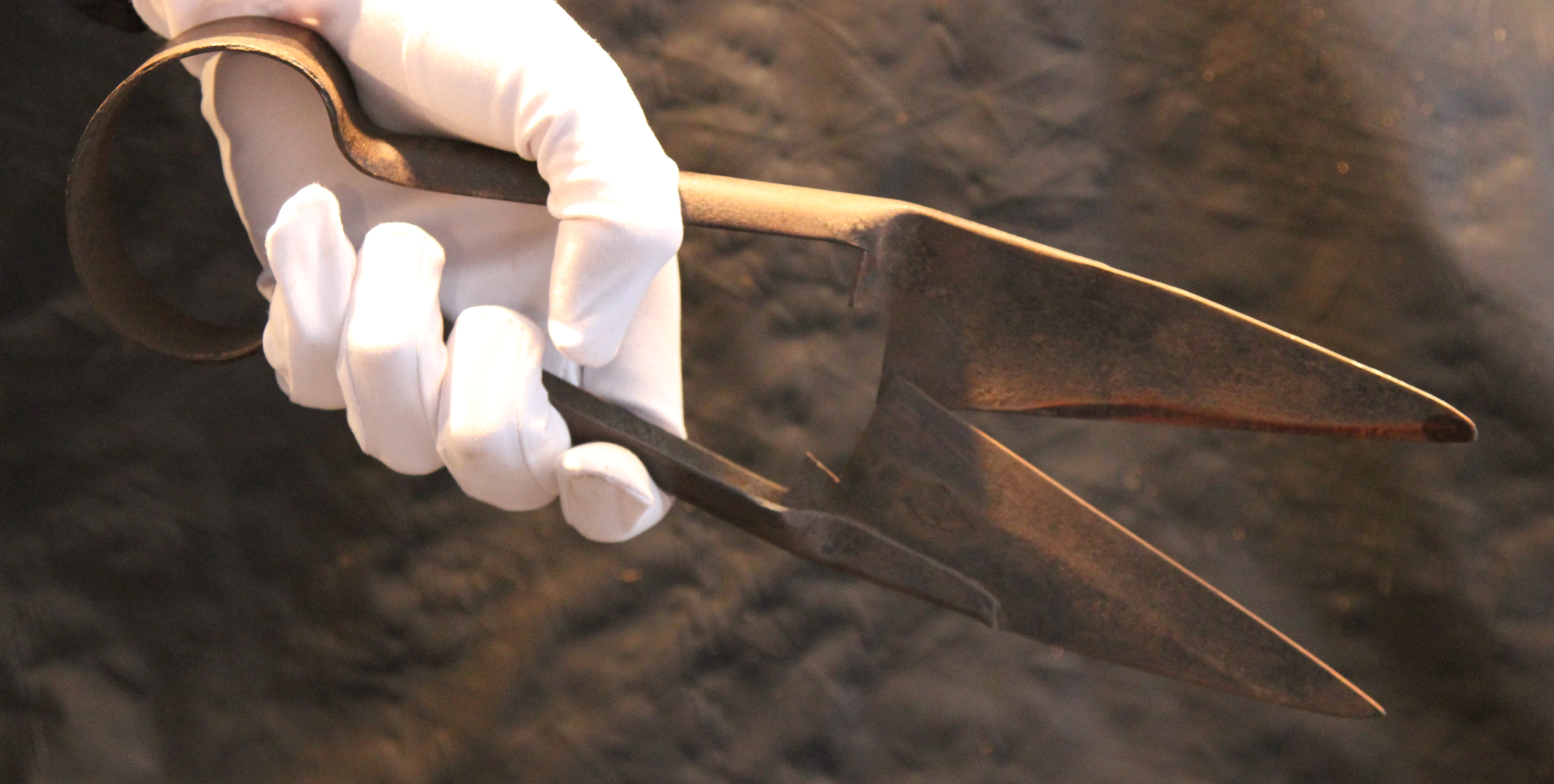