This tool at Smith’s Tavern is a branding iron.  The branding iron has the brand of “Magee”. John Magee was a millionaire and one of the largest landowners in North Castle (starting in 1911).  His 185-acre property on Wampus Mountain overlooking Wampus Pond was sold in 1937 to Eldon Bisbee.

The history of branding is very much tied to the history of using animals as a commodity.  The act of marking livestock with fire-heated marks to identify ownership begins in ancient times with the ancient Egyptians.  In the English lexicon, the Germanic word "brand" originally meant anything hot or burning, such as a fire-brand, a burning stick.  By the European Middle Ages, it commonly identified the process of burning a mark into an animal’s thick hides, such as cattle, so as to identify ownership under animus revertendi.  In the Americas, these European systems continued with English tradition being used in the New England colonies and spread outwards with the western expansion of the U.S.

Branding irons come in a variety of styles, designed primarily by their method of heating.  The traditional fire-heated method is still in use today. While they require longer lengths of time to heat, are inconsistent in temperature and all-around inferior to more advanced forms of branding, they are inexpensive to produce and purchase.  Fire-heated branding irons are used to brand wood, leather, livestock and plastics. 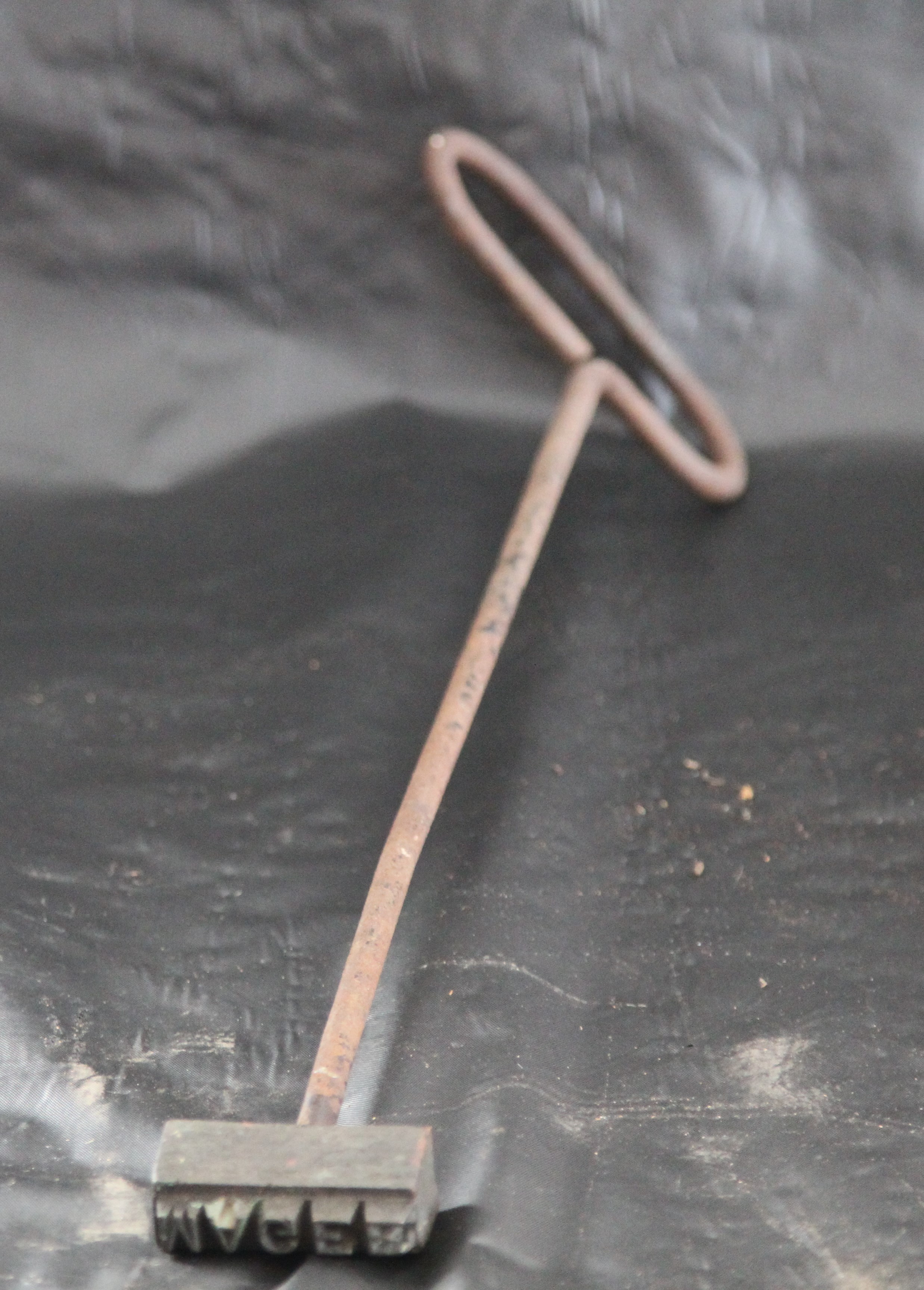