This device at Smith’s Tavern is a corn sheller.  Corn was one of the most important crops in the world.  Because of the high need for corn kernels, it led to the invention of corn shellers to help farmers and housewives with shelling the kernels from the cob.

Corn shellers came in a variety of sizes, from small hand-held devices to large self-feeding conveyer belt-type wagons pulled by horses or powered by steam.  The corn sheller at Smith’s Tavern is designed to be operated by two people – one cranks the flywheel while the other feeds the ears of corn into the sheller.  A spur wheel in the central housing of the machine shells the kernels from the cob, dropping both out of different parts of the machine.

The first ever corn sheller was invented by Lester E. Denison of Sayville, Connecticut (patented on August 12, 1839).   The corn sheller at Smith’s Tavern has faded lettering on both sides but the readable print that states “Farmers & Planters Agricultural Works, F. Nishwitz, 136 & 137 Firsts!”.  Frederick Nishwitz was an inventor from Williamsburgh, NY. 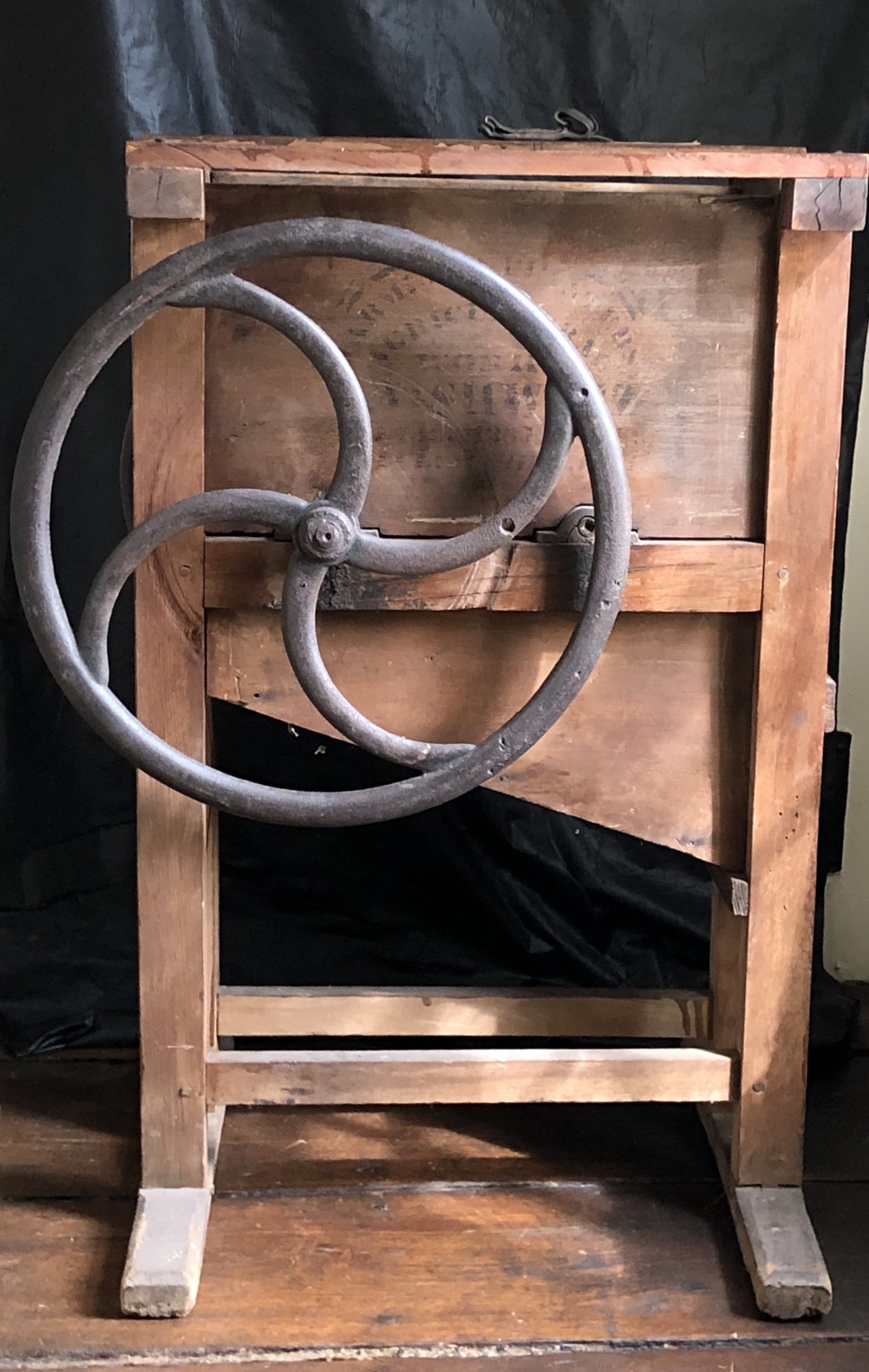 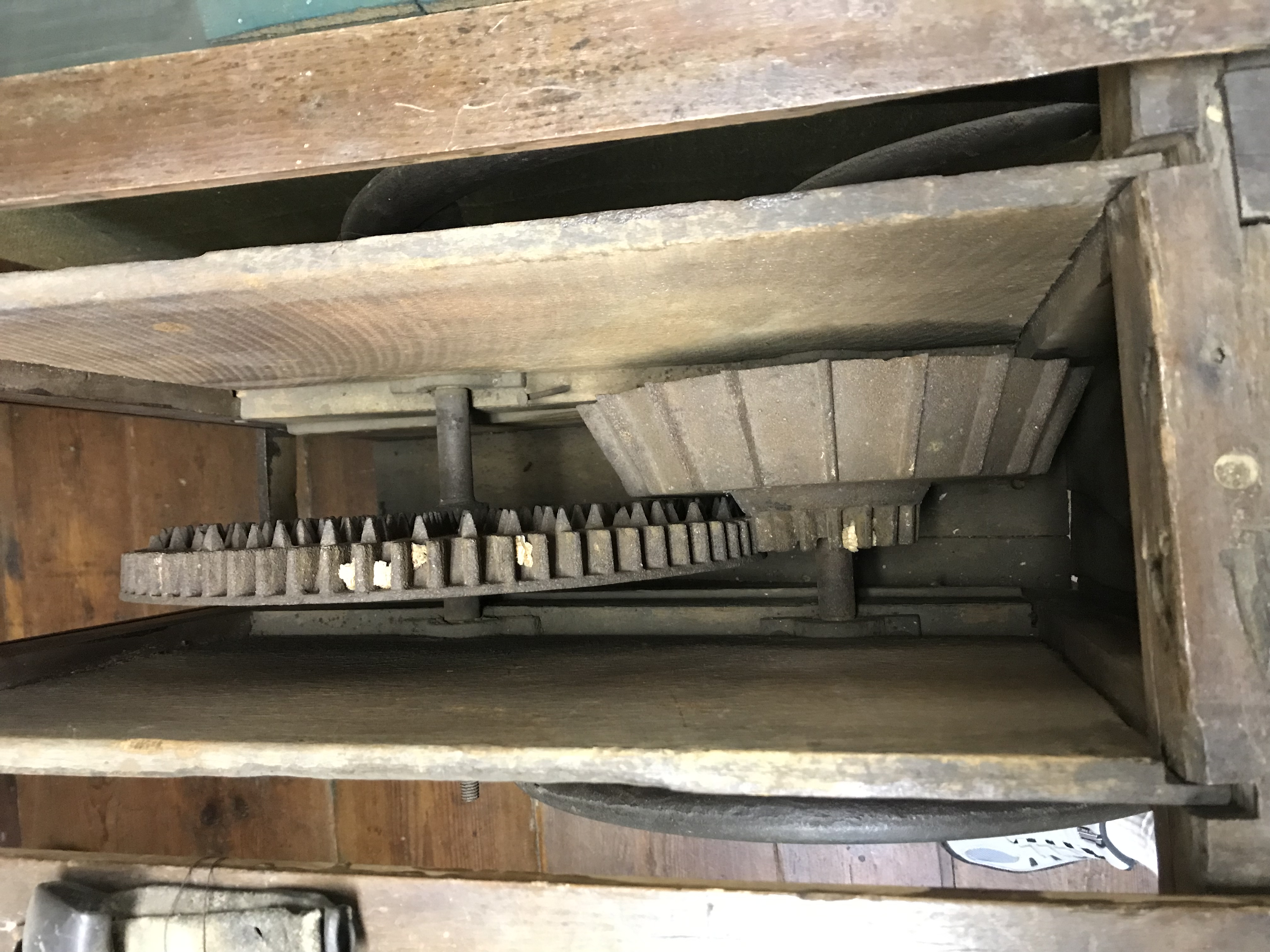 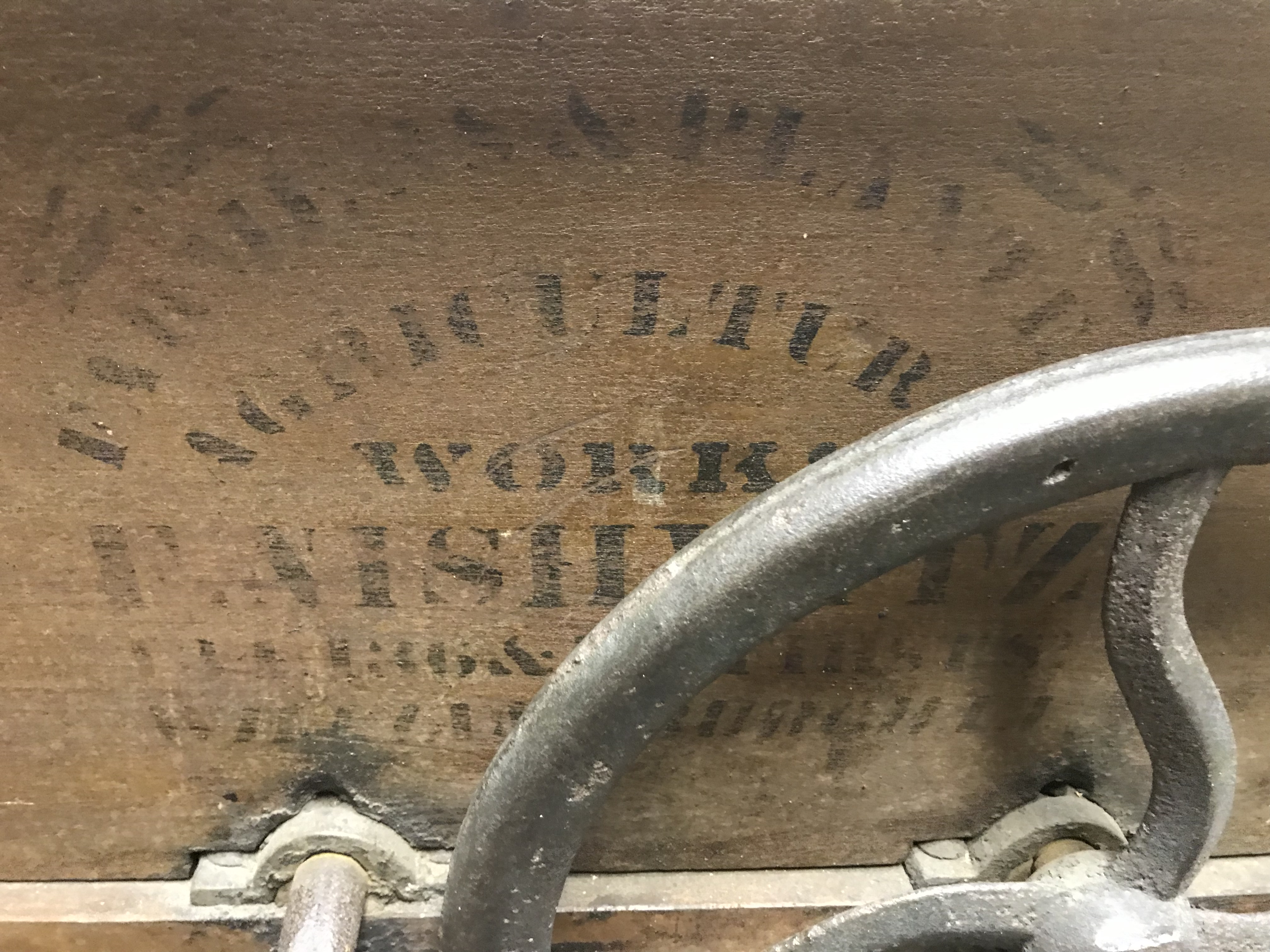 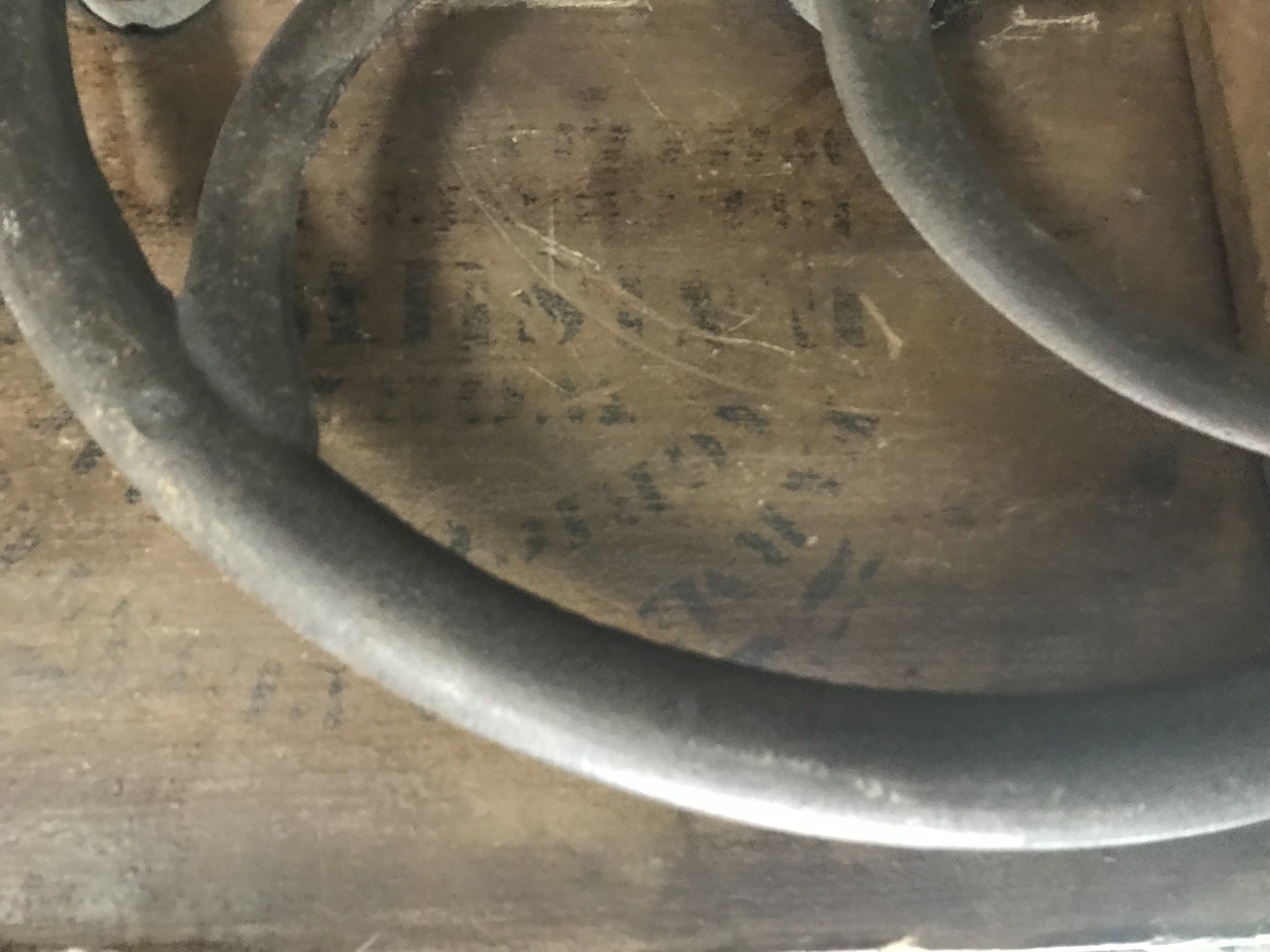