This device at Smith’s Tavern is a feed cutter.  It is a trough-like structure, mainly made of wood with a large metal knife blade hinged at the narrow end, built on three legs.  On the metal shield at the narrow end is “No. 1” etched. On the wider end of the trough is printed “New York Feed Cutter”.

By the middle of the 19th century, the advantages of cutting cattle feed into small pieces was well known and broadly accepted on both sides of the Atlantic, especially by dairy farmers.  An armload of stalks is laid into the trough and pushed over the right-hand edge of the box by the worker’s left hand. The worker pushed down the raised knife with the right hand and sheared off the protruding stalks, in much the same way as a paper cutter works. 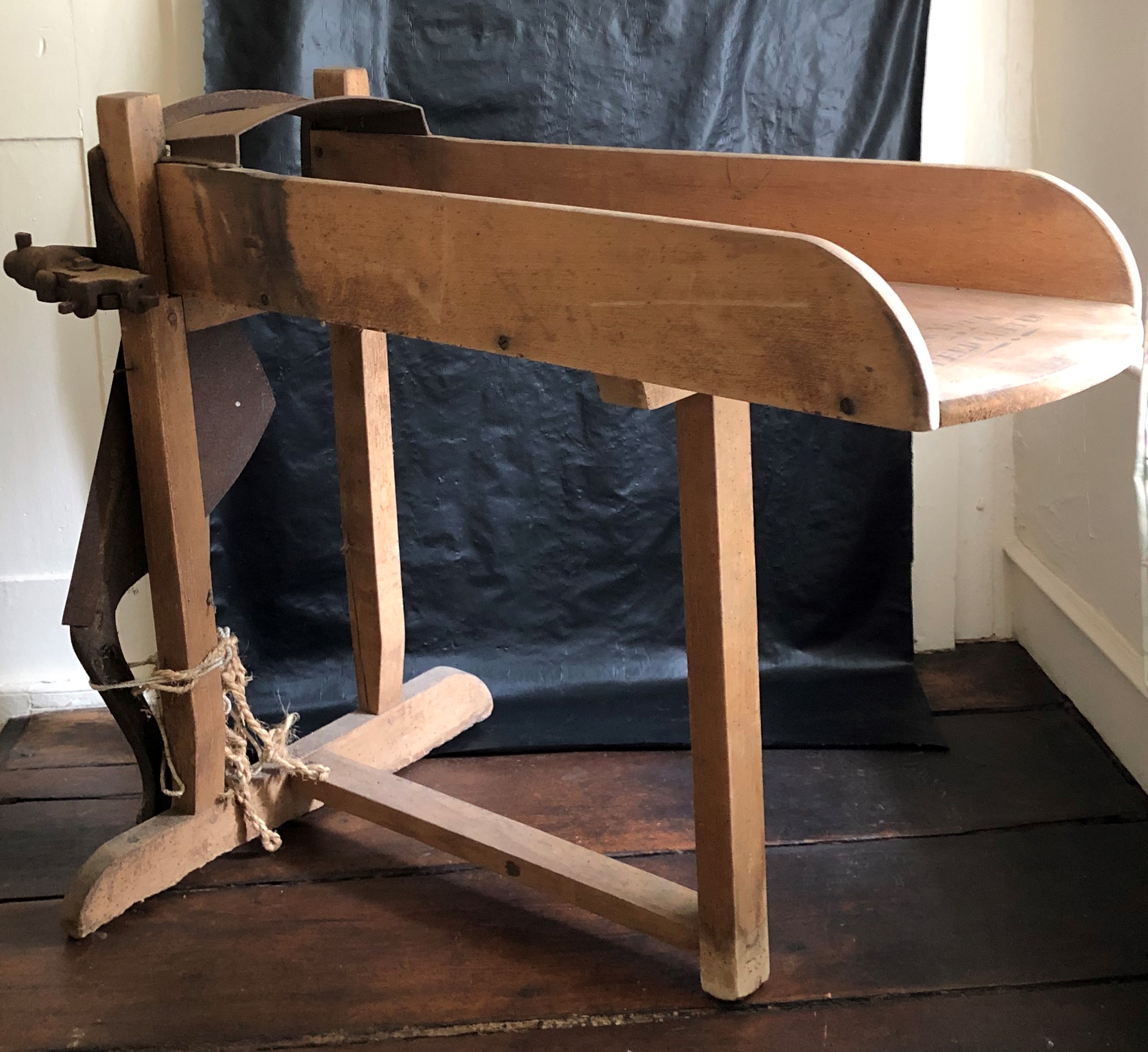 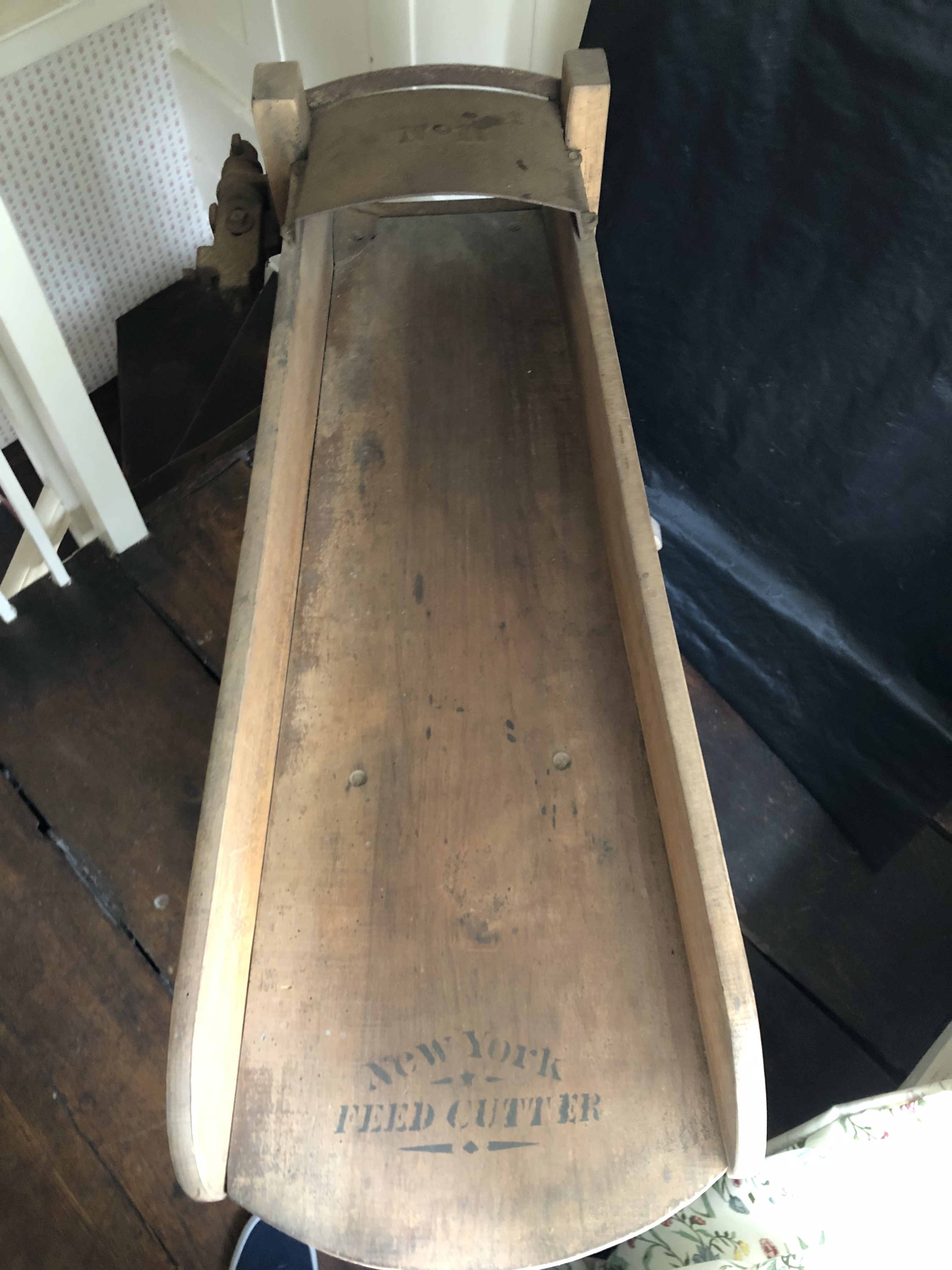