This tool at Smith’s Tavern is an ice ball hammer used to remove ice build-up on horse hooves.  Hoof ice balls result when snow and ice gets packed under a horse’s hoof. It warms up slightly against the sole, then freezes easily against the cold metal of the horseshoe.  The ice can build up until the horse is walking on a hard, solid mass of frozen material called “ice balls” or “snowballs”. The hammer could be used to remove these ice balls without damaging the hoof.

The ice ball hammer at Smith’s Tavern appears to be handmade by a blacksmith versus mass manufactured.  There is a maker’s mark on the metal end of the tool which is mostly illegible but believes it says “J. Shat”. 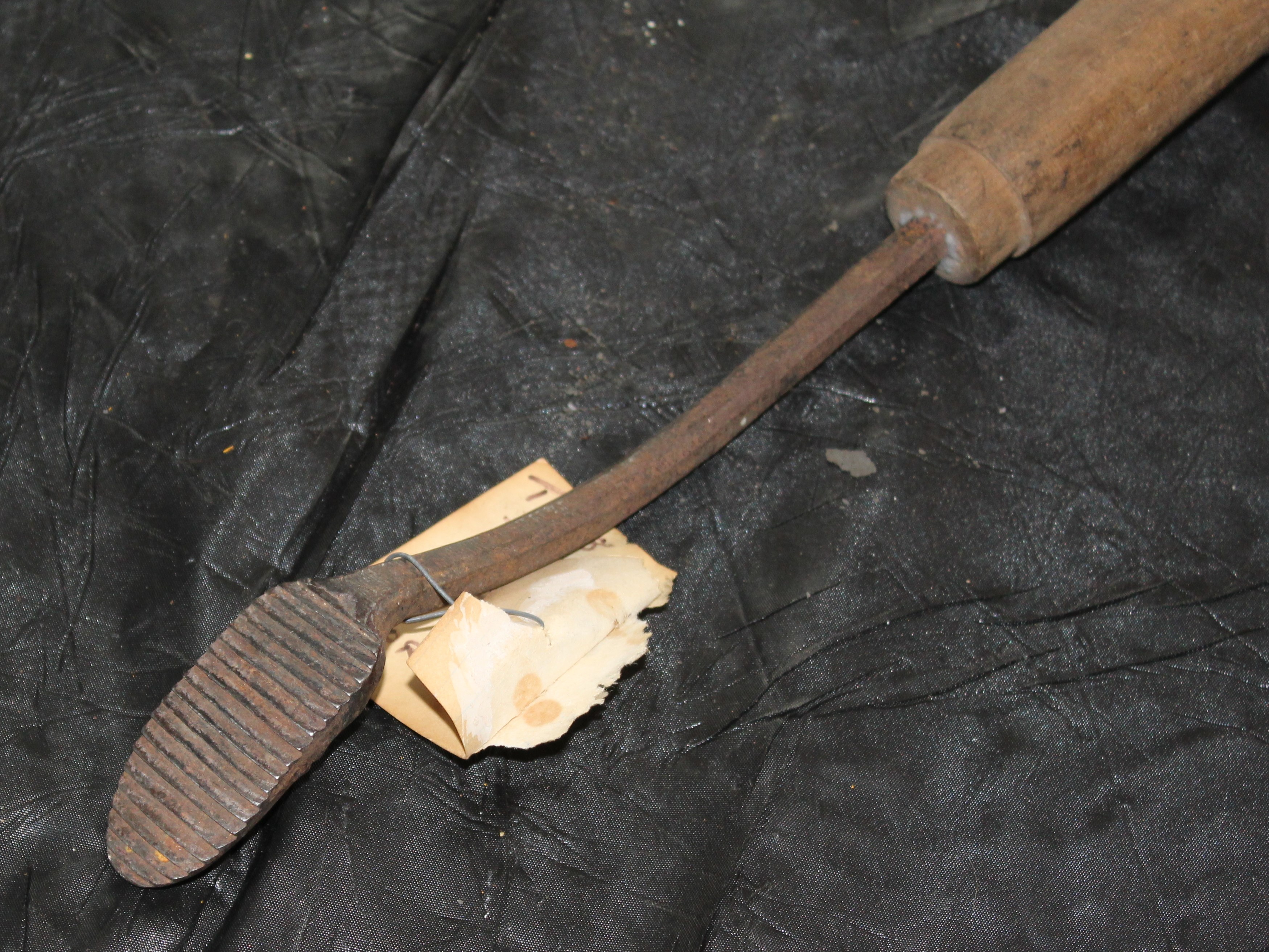