This tool at Smith’s Tavern is a single row seed planter.  Usually the device would be attached to a long pole (like a broom) with a handle like that on a shovel - but this part of the device is not part of this piece at Smith’s Tavern.  The tool is made of cast iron and has the stamped “Midget Pat. Dec. 8-14” on the funnel part.

The Midget was manufactured by the Standard Garden Tool Co., Montrose, Iowa.  The company’s history can be traced back to 1907, when Willard A. Hancock, a blacksmith in Montrose, Iowa, began production of a double-wheel cultivator.   On Dec. 8, 1914, Egner Christensen - an employee at Standard Garden Tool - received a patent for his hand planter, or seed drill, which he called the Midget.  It was popular for its single thumbnut, depth-adjustment feature during a period when most of the competition required unscrewing two bolts with a wrench. 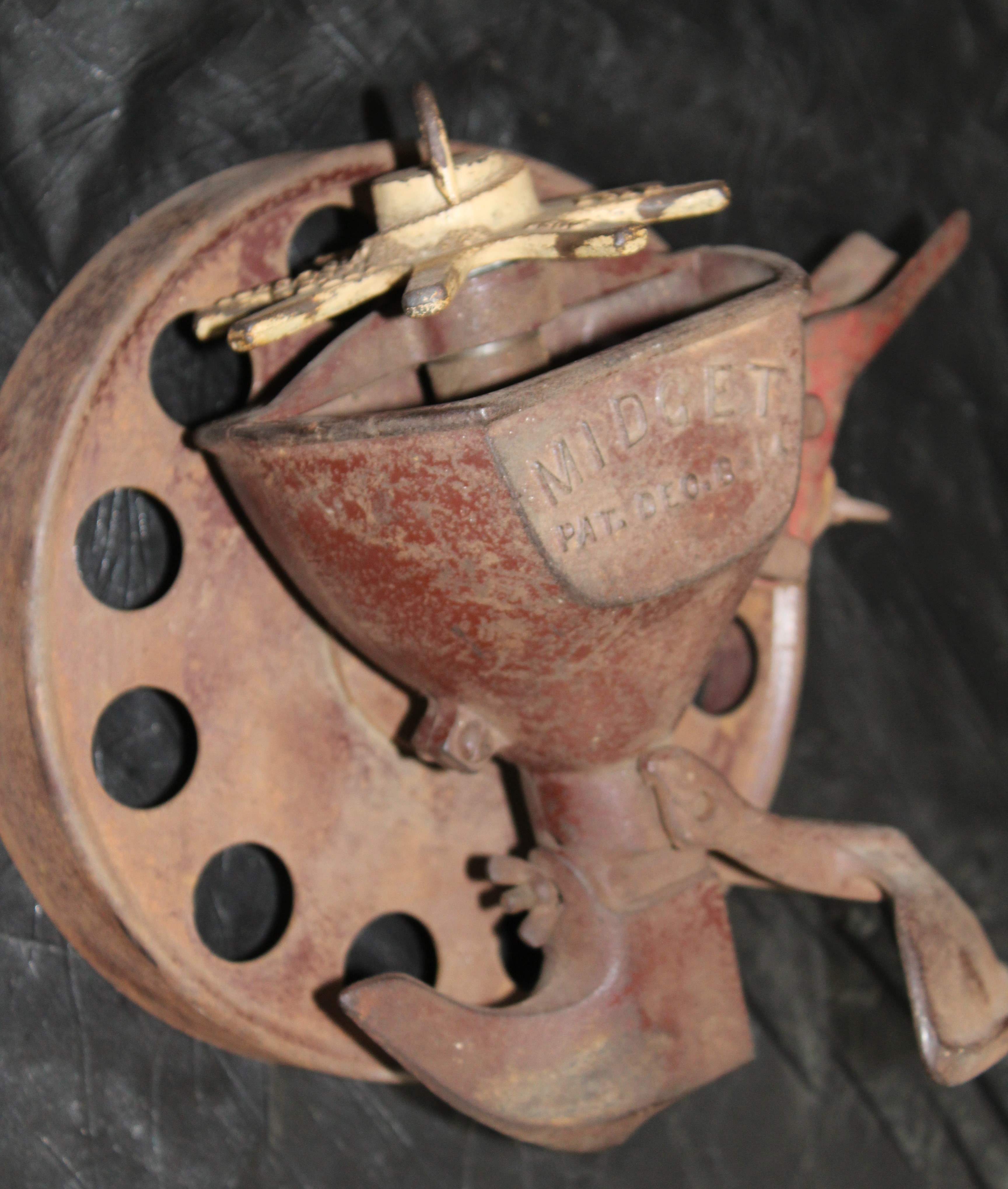 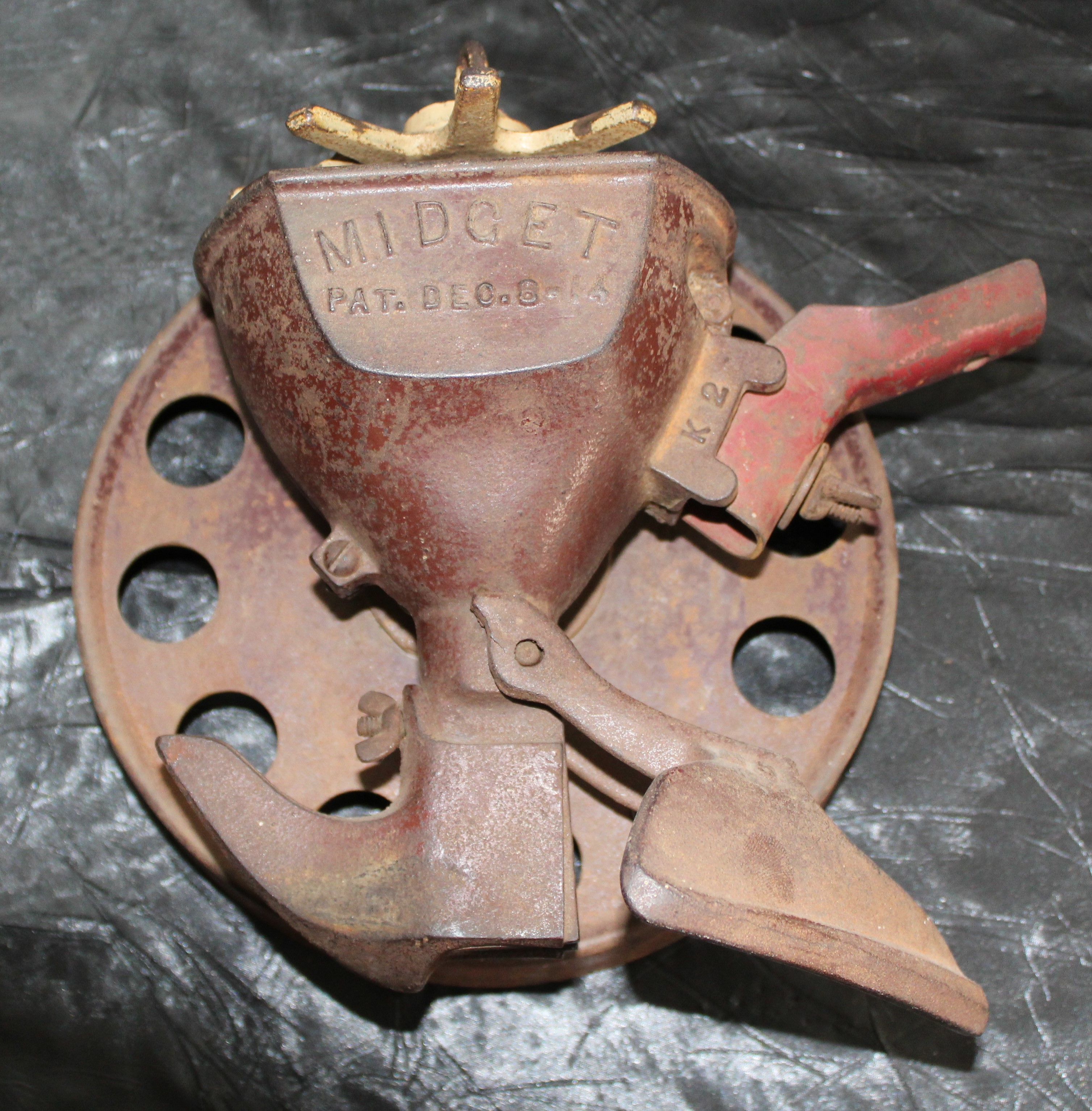 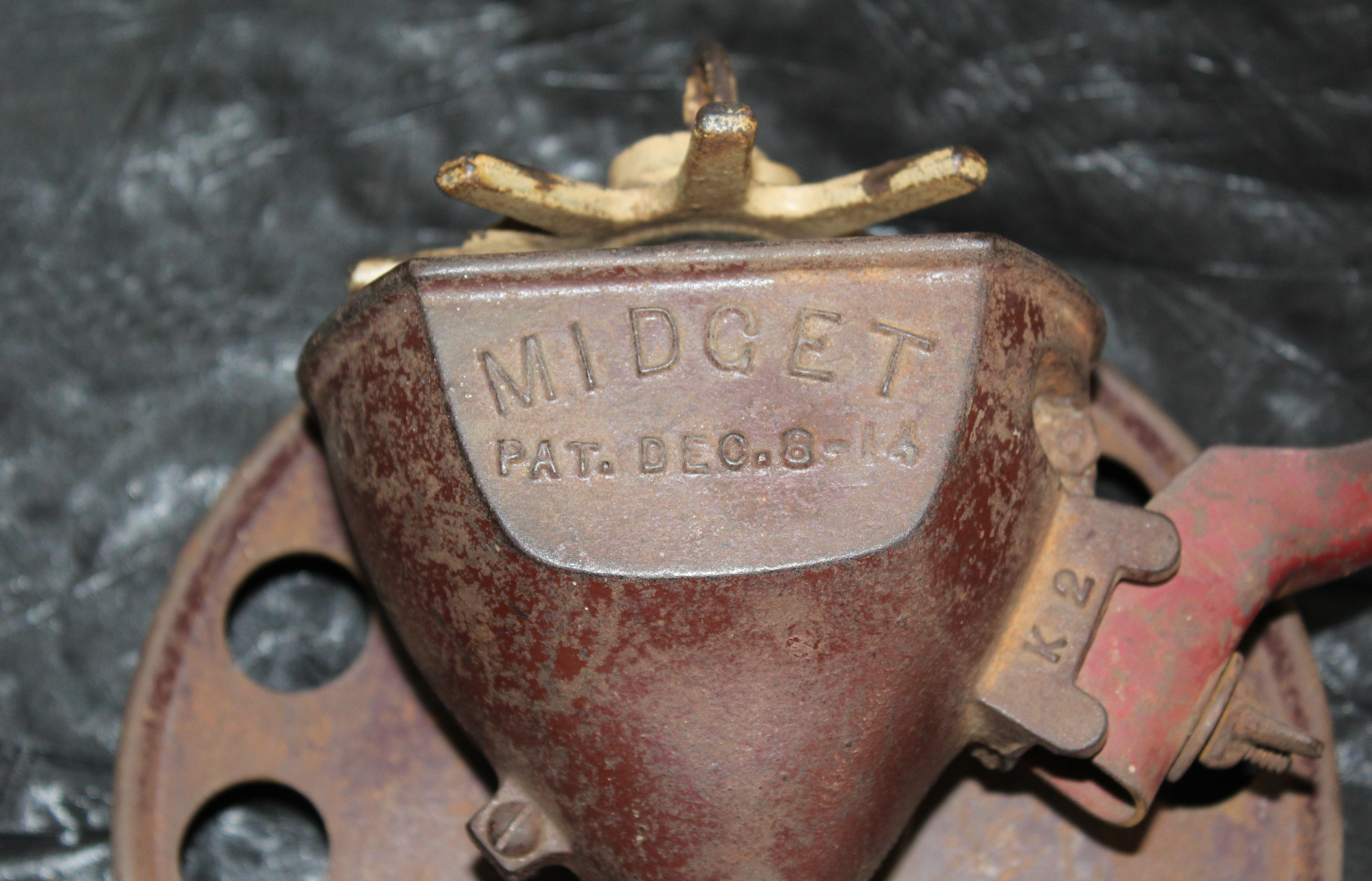