These tools at Smith’s Tavern are sugar loaf breakers or nippers/cutters:  one is a handheld tool (T243) and the other is affixed to a rectangular wooden plank.  There are also two sugar cones on display (no identification numbers).

Until Victorian inventors figured out a way to get sugar to the grocer's shop in ready-to-use granulated form, it was always transported in large cone-shaped sugar loaves.  Households could buy a whole sugar loaf or a lump broken off and sold by weight. How did people prepare it for the kitchen and dining table? Sugar nippers were an important part of the answer.

The cone-shaped sugarloaf was such a common sight until the late 19th century that everyone knew what it looked like.  Mountains and hats were named after it. Even the paper it was wrapped in played a part in domestic life. Most sugar loaves sourced from the Americas were wrapped in blue indigo paper which was recycled as a source of dye for yarn or cloth.  The cone-shaped molds for the loaves had holes in the bottom so the dark treacly syrup from a mess of boiled sugar-cane could drain out. This didn't leave perfectly white sugar in the mold and "double-refining" was used to produce a better grade of refined white sugar.  Extra ingredients were used to encourage whitening and purification - from clay to bullocks' blood.

Sugar nippers were basic household tools, but before using them the hard whitish cone would need to be cut into smaller chunks with a hammer and chisel.  The nippers were sometimes on a stand (T244) so all a person’s strength would be put into forcing the cutting blades through the pieces of a sugar-loaf. If there was no stand, the better nippers had a piece that stuck out at right angles (Smith’s Tavern does not have this type of tool) and was used to steady the sugar nippers against the edge of the kitchen table, while being gripped and squeezed.

At first glance, the tool with identification number T243 may look just like tongs for lifting sugar-lumps into a tea-cup, but look more closely at them, and it can be seen that they are tough enough to grip and break hard sugar too.  These nippers are made from cast iron and have a clasp to lock the arms together. 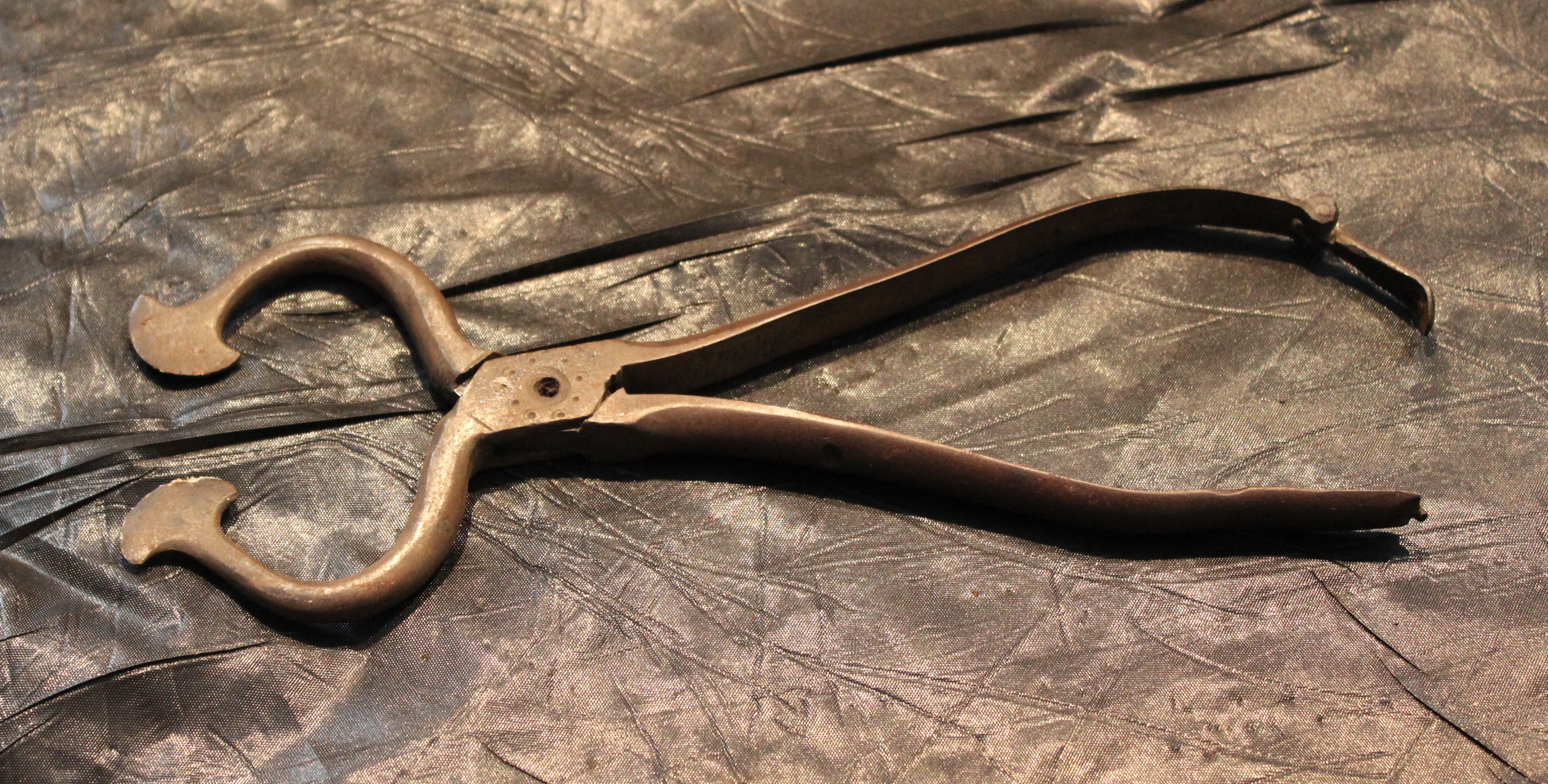 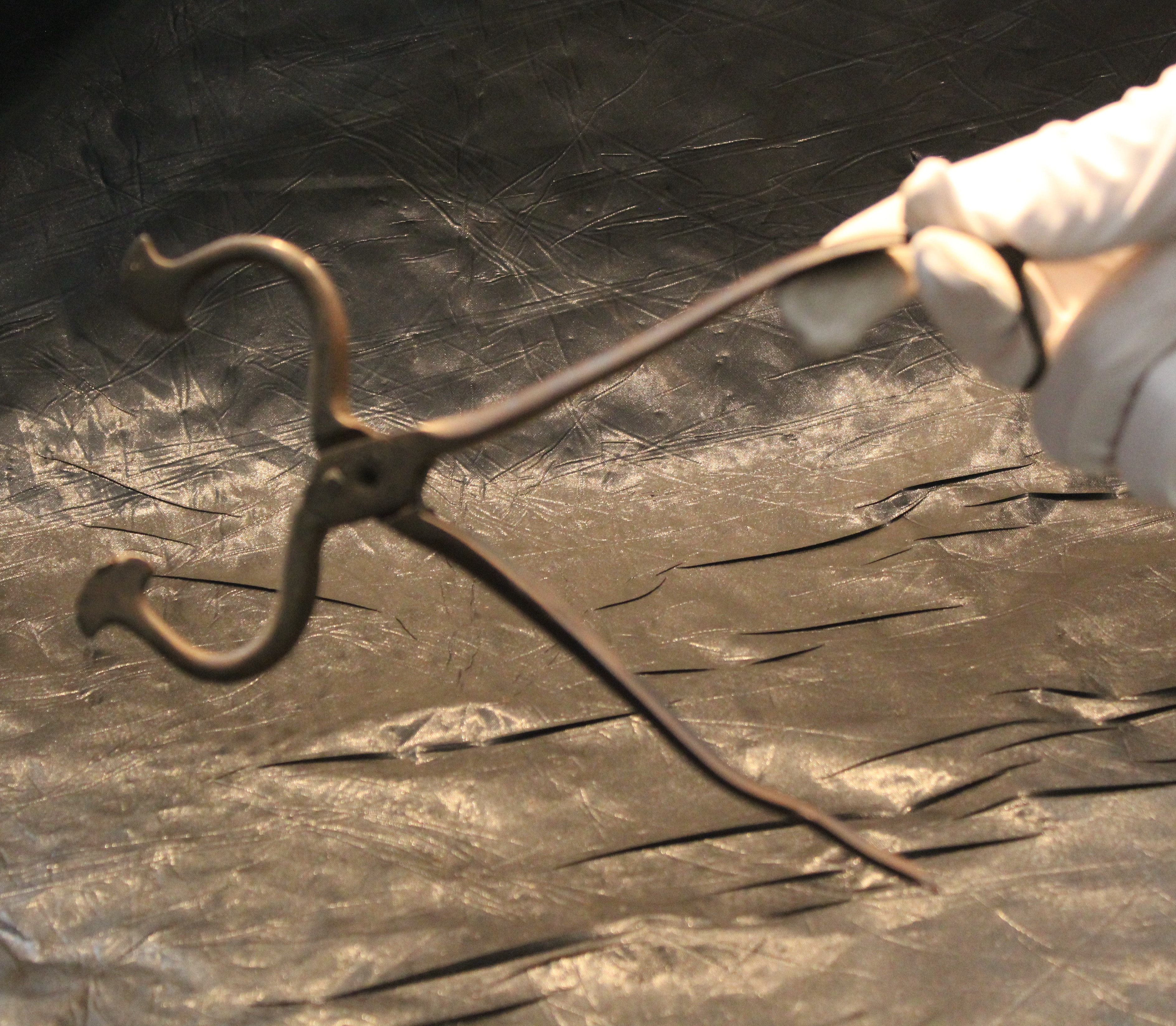 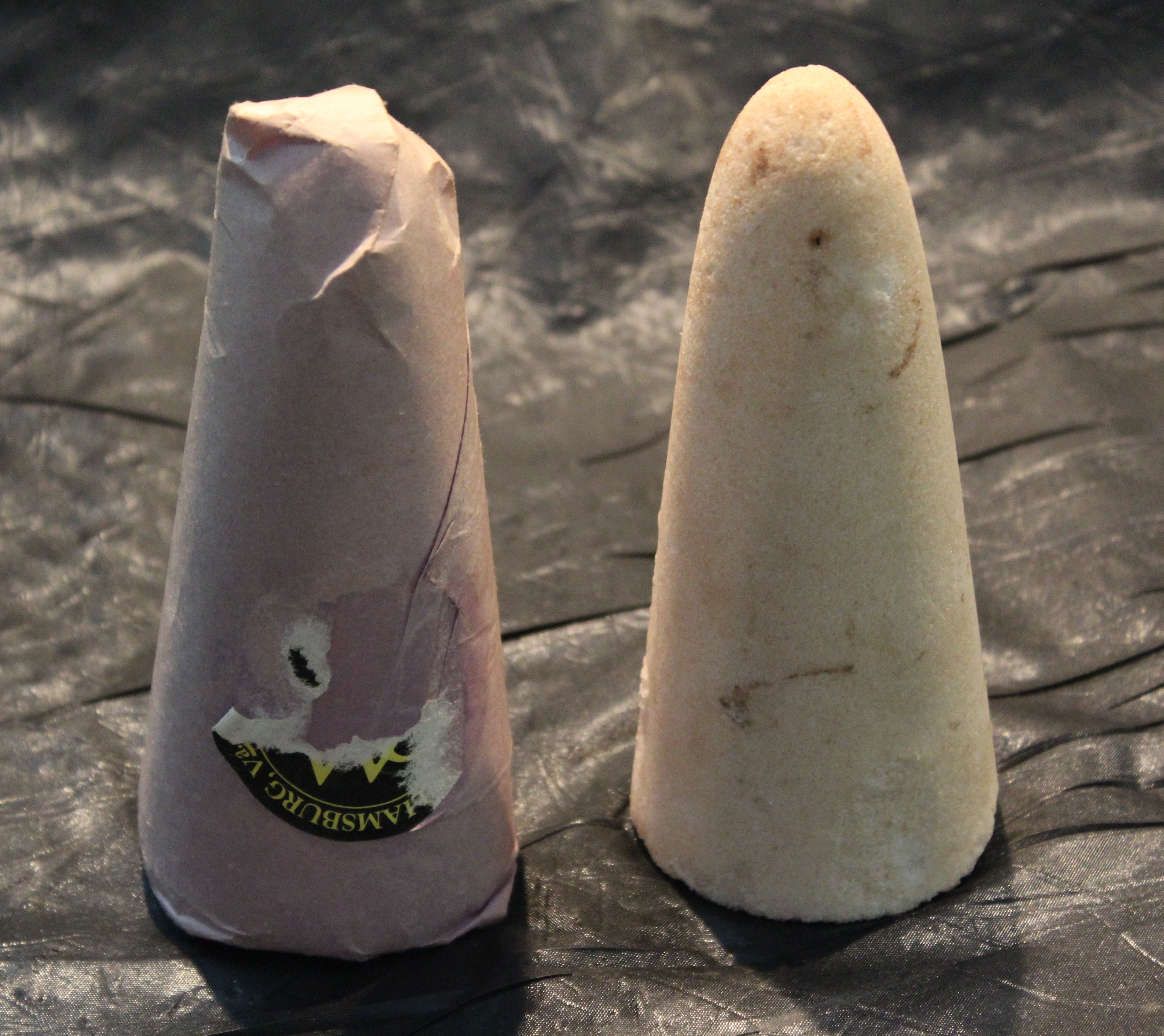