This tool at Smith’s Tavern was a bullet mold donated by L.J. Mains, Sr.  Its is made of cast iron and resembles a pair of pliers - two arms of equal length with a circular end that has a small round hole for pouring in the melted lead.

A cast bullet is made by allowing molten metal to solidify in a mold.  Lead was more expensive than iron, but it was softer and less damaging to the relatively weak iron barrels of early muskets.  Lead could be cast in a ladle over a wood fire used for cooking or home heating while casting iron required higher temperatures.  The greater density of lead allowed lead bullets to retain velocity and energy better than iron bullets of the same weight and initial firing velocity. 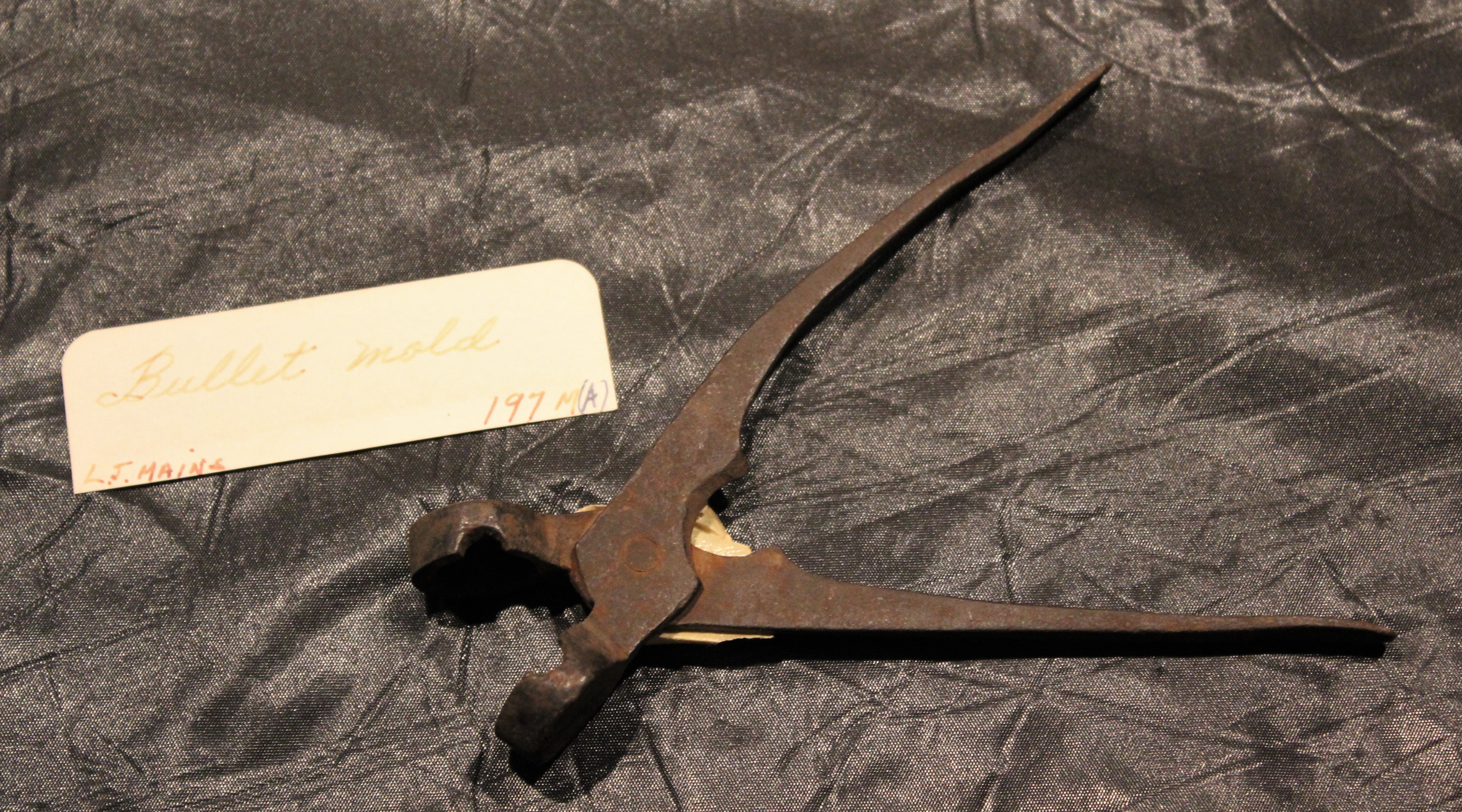 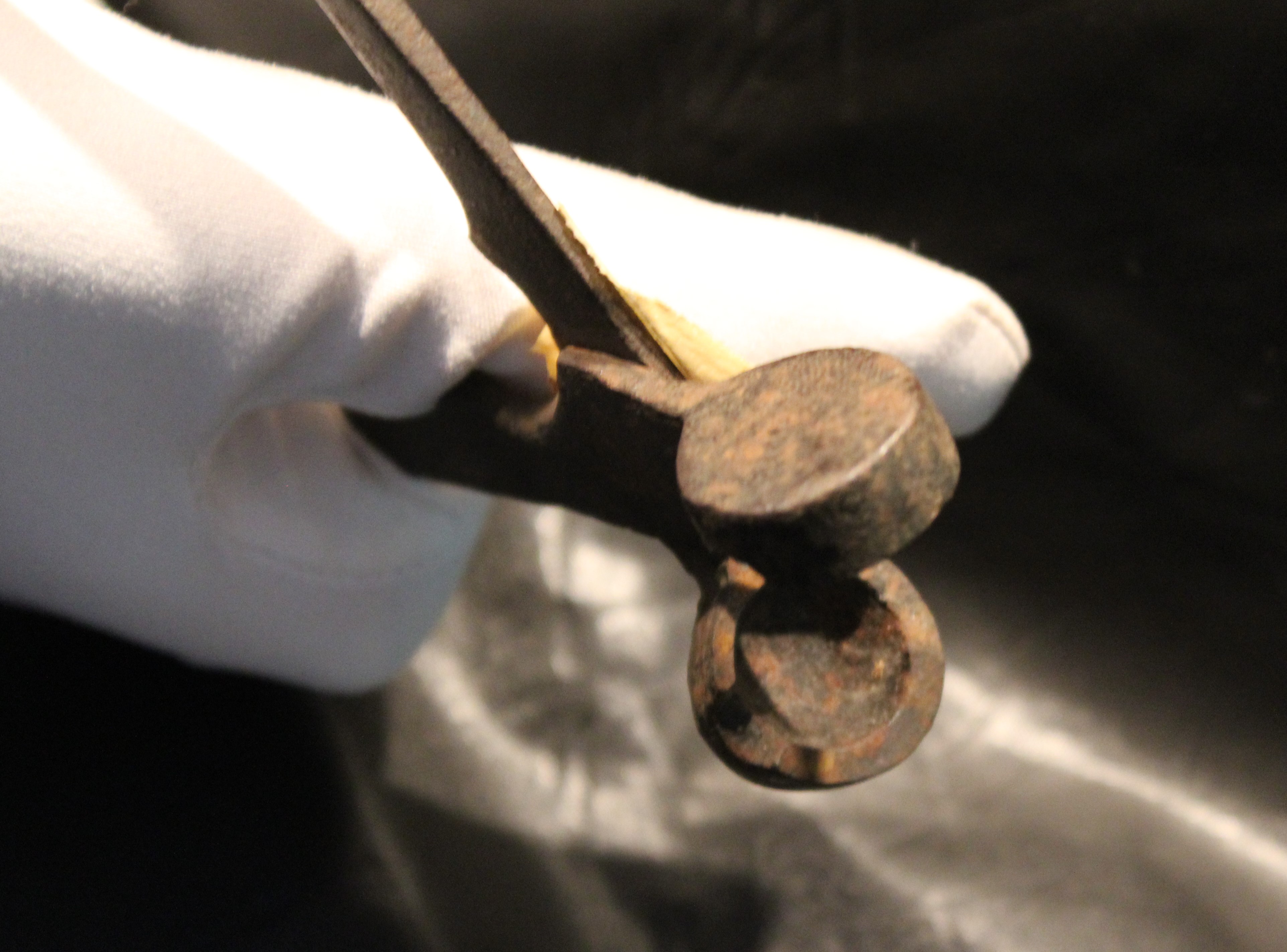