This item at Smith’s Tavern is an early hearing aid - an ear trumpet, circa 1900.  It is made entirely of metal and looks like an inverted cup with a spout coming off the body near the end that has a small bud at the end for placing in the ear.  The end of the device has numerous small holes to draw in the sound.

People have always lost their hearing with age, but before there were hearing aids and cochlear implants, there were ear trumpets.  An ear trumpet is pretty much exactly what it sounds like (a cone whose small end fits in the ear canal) and serves to better collect and amplify sound into the ear.  A person's hard of hearing would hold it to their ear as someone else would speak (or yell) into the large end of the trumpet.

While functional ear trumpets were usually dark-colored, so as to be inconspicuous against the dark clothing of the wearer, famous people were not ashamed to use them.  Beethoven, who was increasingly going deaf, was known to use ear trumpets by the age of 44. 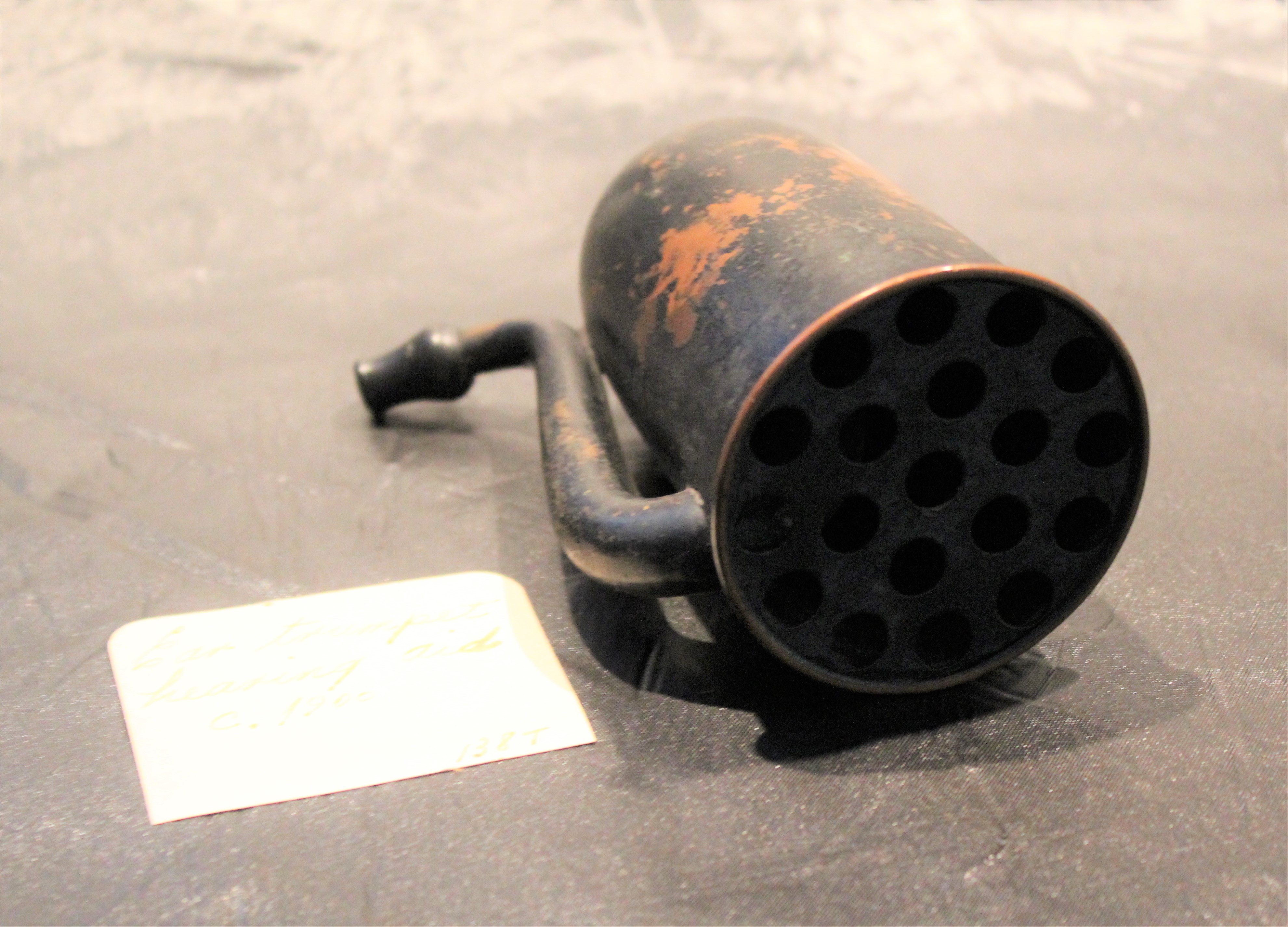 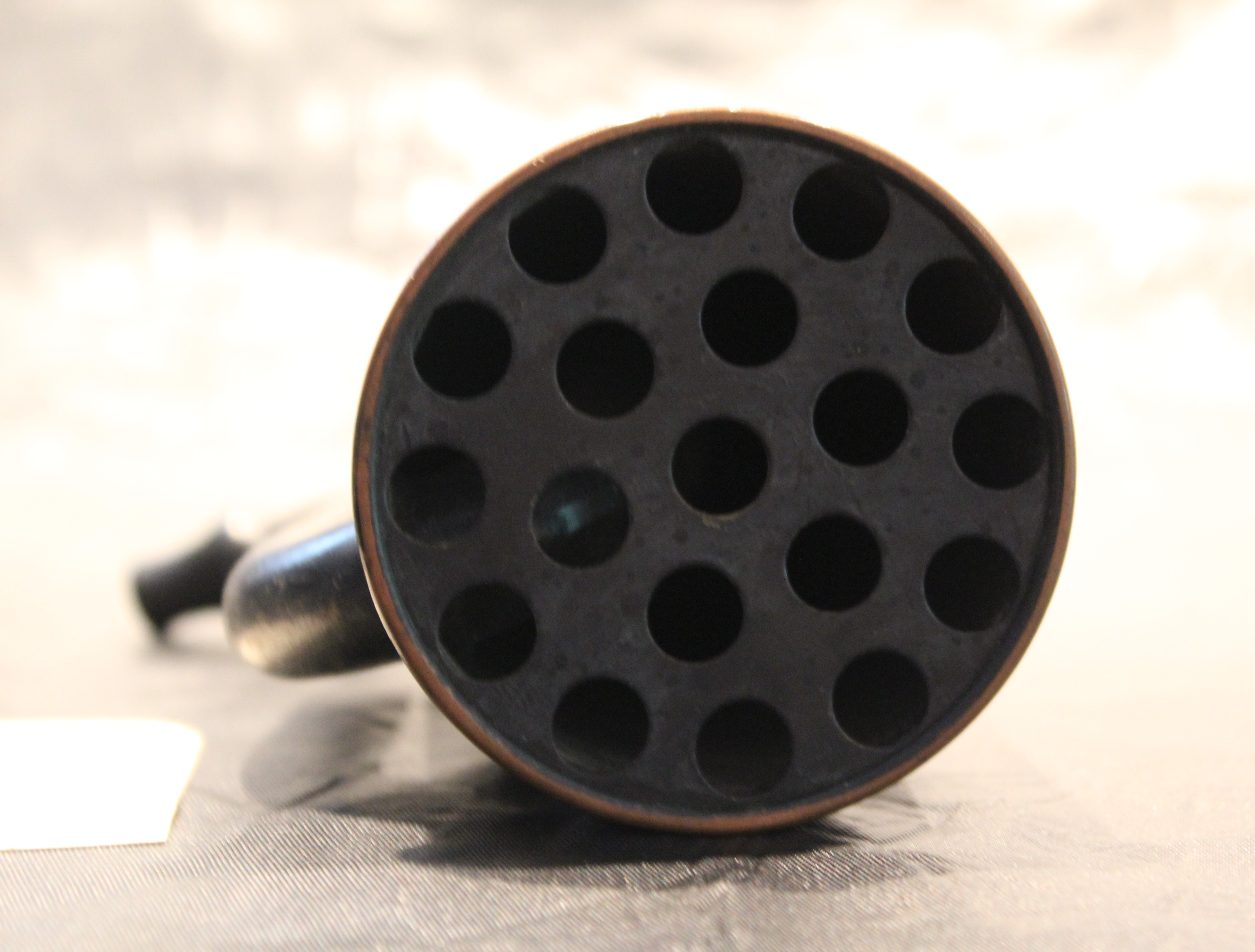