This item at Smith’s Tavern is a curling iron and does not appear to have ever had its wooden handles painted.  How the stand (attached by a string) was used is a little bit of a mystery but it appears the metal ends would be inserted but how it stood up by itself seems hard to believe.

Vintage curling irons were heated on the fire or the stove for the most part.  They were part wood and part metal.  The metal portion was heated and then the user held the wooden handles, which would have remained cooler than the rest of the tool, and curled their hair with the hot part.  These curling irons look a lot like tongs or even needle-nose pliers.  In fact, they were sometimes referred to as curling tongs.  They tend to have thick wooden handles that were sometimes painted a bright color to indicate that they were safe--or safer--to touch than the metal end.  Hair could either be clamped between the metal pieces or wrapped around a single rod. 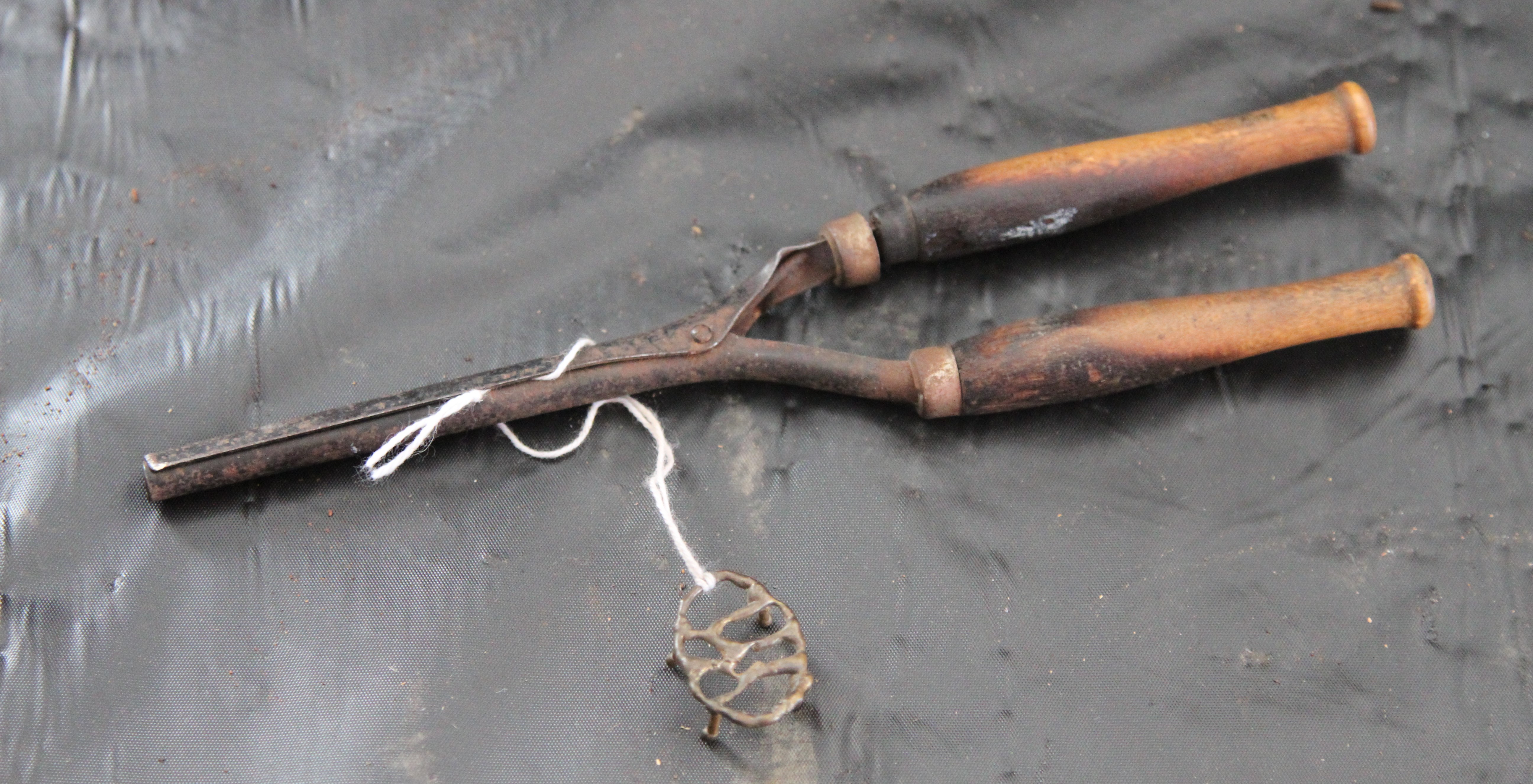