In 1828, French mathematician Bernard Lassimonne patented the first pencil sharpener. This sharpener had small metal files set at 90 degrees in a block of wood and it ground the edges of the pencil’s tip.  Thierry des Estivaux, also from France, improved this design and made a sharpener that had one blade in a conical housing - a design that we still use today and call a “prism sharpener”. The next improvement came from the other side of the Atlantic in 1851, from a man called Walter K. Foster.  He improved Estivaux’s design so it could be mass-produced.

The T238 pencil sharpener is made of heavy cast iron, circa 1900, with the words “Pencil Pointer Jupiter” printed in gold worn letters on the middle of its base and next to the wheel it reads “Made only by Guhl & Harbeck, Hamburg, Germany and Favor, Ruhl & Co., New York, Sole U.S. Agents”.  The sharpener has a 3" diameter reversible rotary cutter disk with 34 cutting edges that would sharpen a pencil to a fine point. It was patented in 1897 and marketed in the USA until the mid-1910s. The sharpener itself is unusual in that the pencil is laid on a track with pressure applied to the eraser end and a hand crank would turn the cutting gears to sharpen the pencil.  At the time, this was the most expensive early mechanical pencil sharpener.

The T241 pencil sharpener is also made of heavy cast iron which sits on a rectangular wood plank with the words “F.S. Webster Co. Boston Mass U.S.A.” and “1892 Mfg 1900 Pat”.  The machine illustrated in the June 21, 1892 patent (issued to Frank B. French of Cincinnati, OH) listed on the machine is differently; there is no evidence that it was ever marketed.   The models produced are those illustrated in the 1900 and 1910 patents (Smith’s Tavern model is the former). The device was operated by a crank handle; it could be mounted on a wall or side of a desk.  The round disc below the gear housing would catch the shavings.

Based on a photograph, it might be thought that this machine was similar to a modern mechanical pencil sharpener.  However, Webster's cutting mechanism has a single planetary disk cutter.

The T268 pencil sharpener was more of a portable type; its cast iron housing is affixed to a wooden box that may have been wrapped in leather or plastic (some scrapes still visible).  The pencil was loaded vertically into the top, with the crank handle turning the enclosed gears and shavings dropping into the box, accessed by the pull drawer on one side. Research has discovered that it was manufactured in 1906 in New York by the Automatic Pencil Sharpener Co. 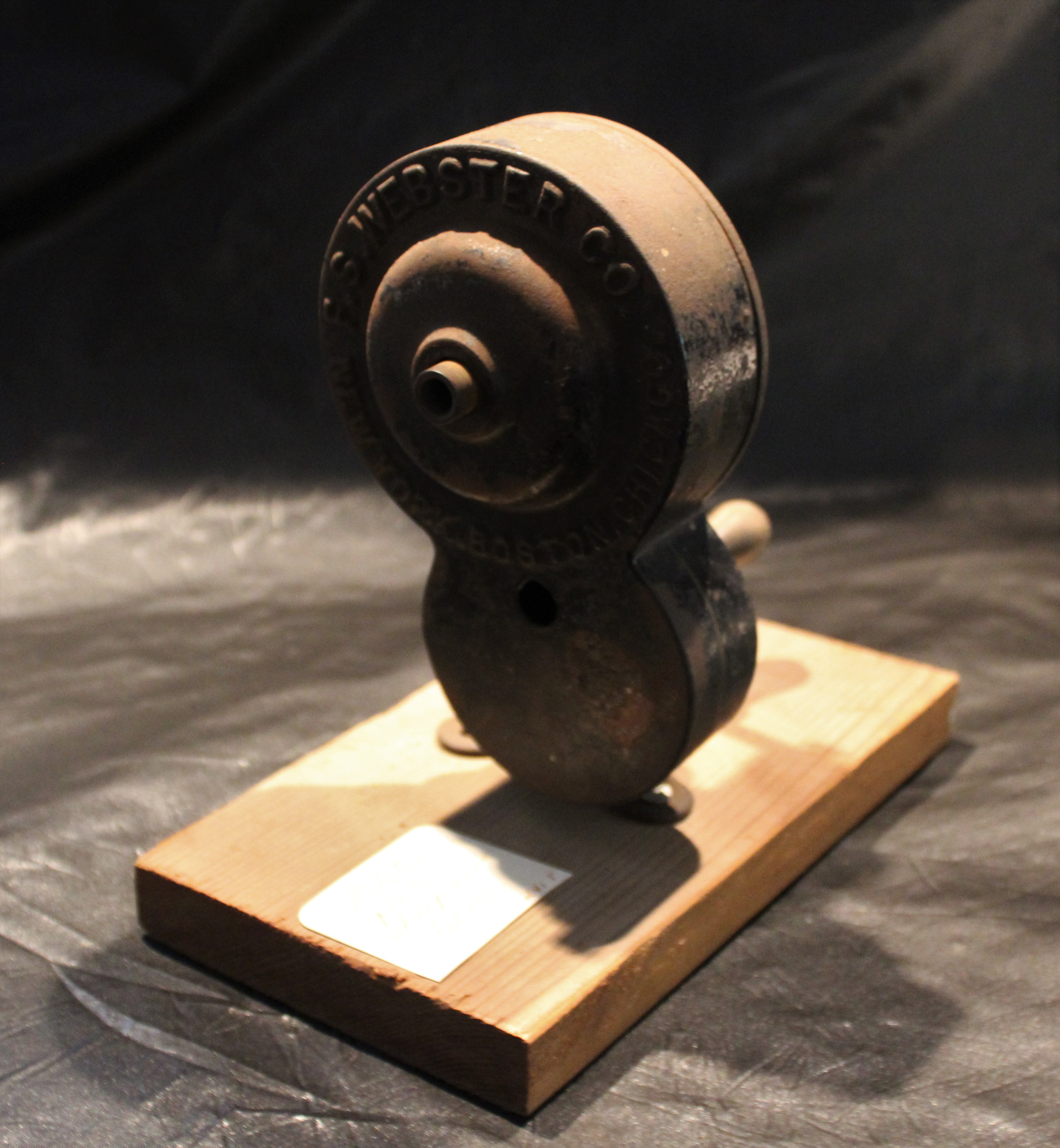 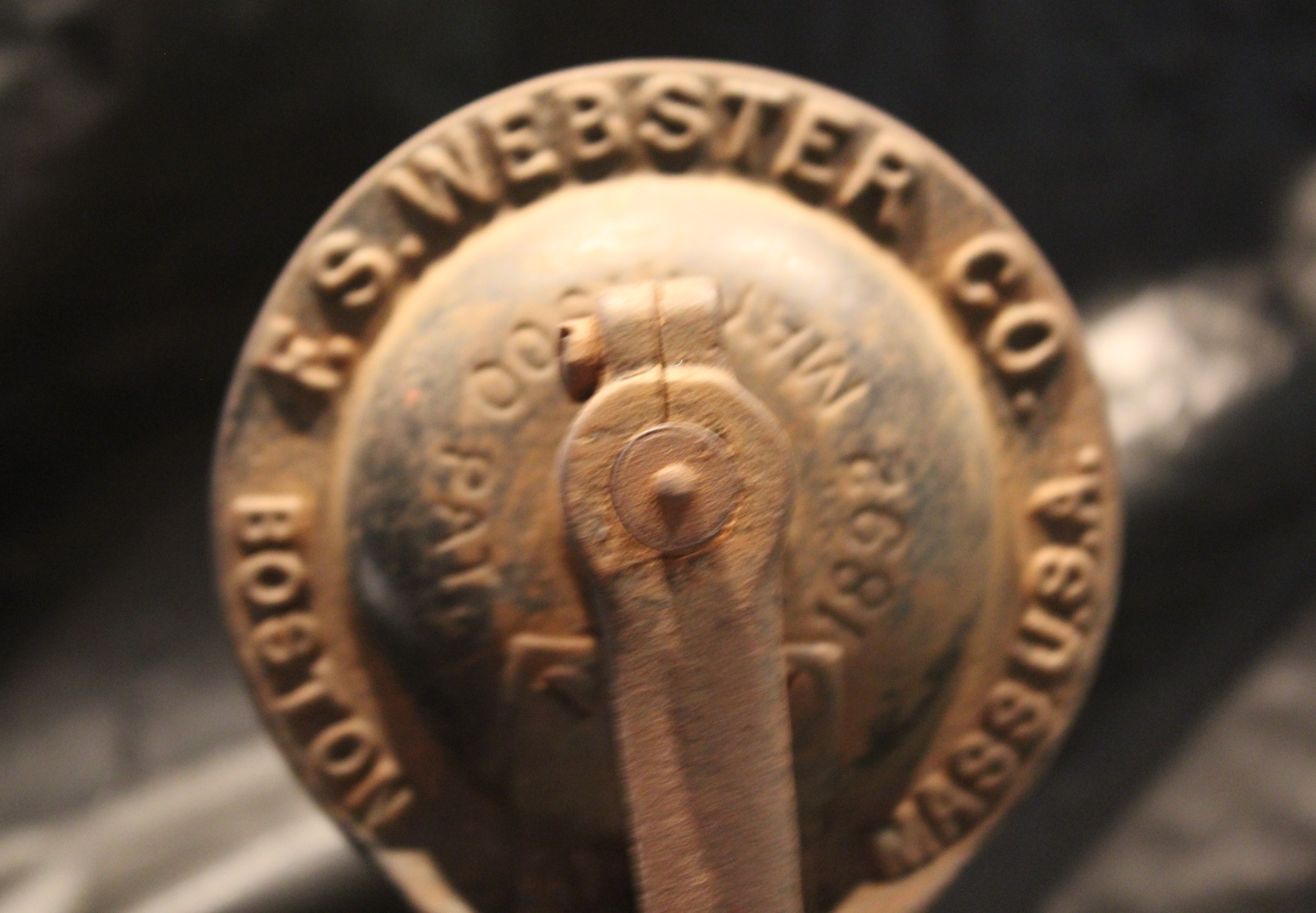 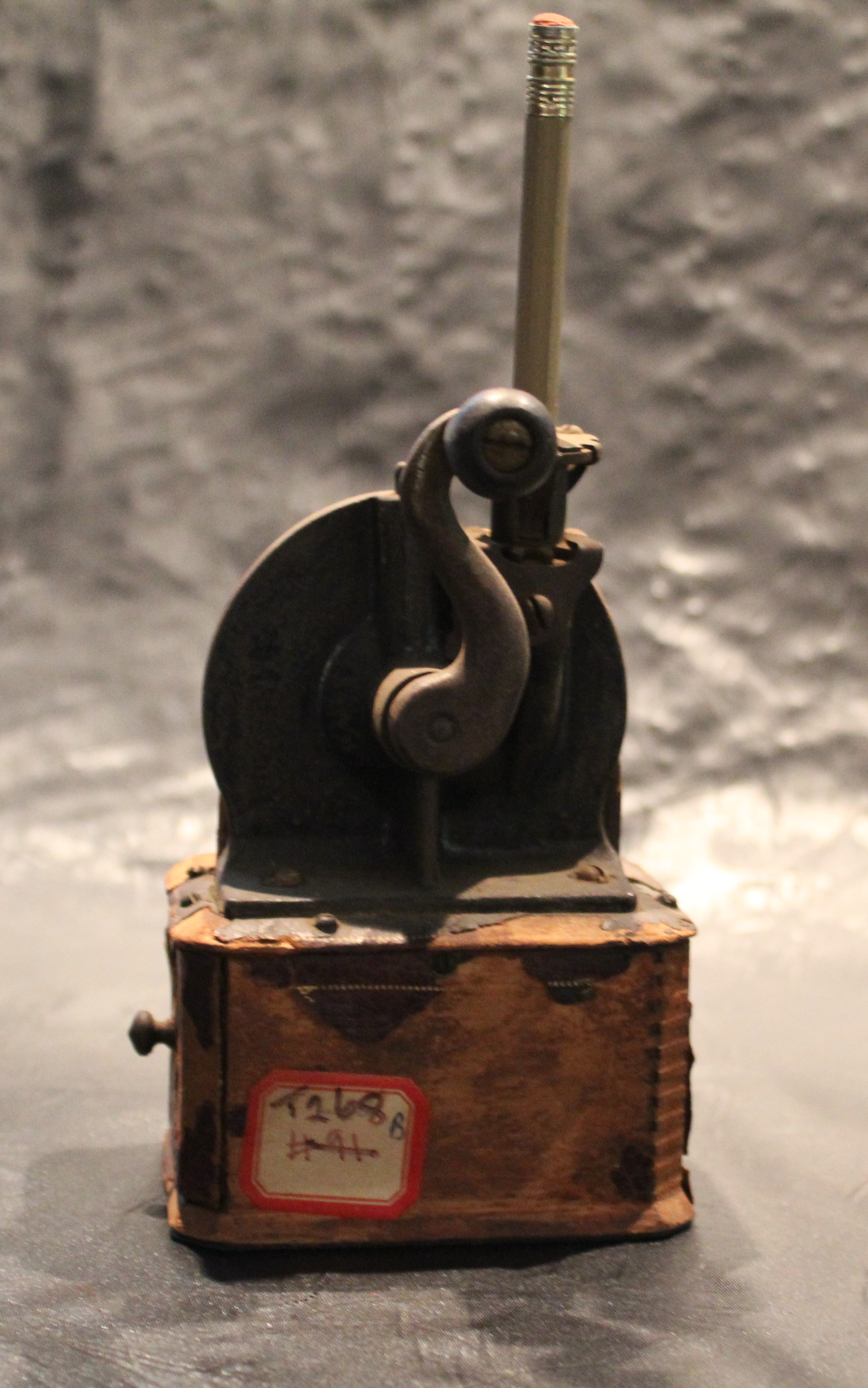 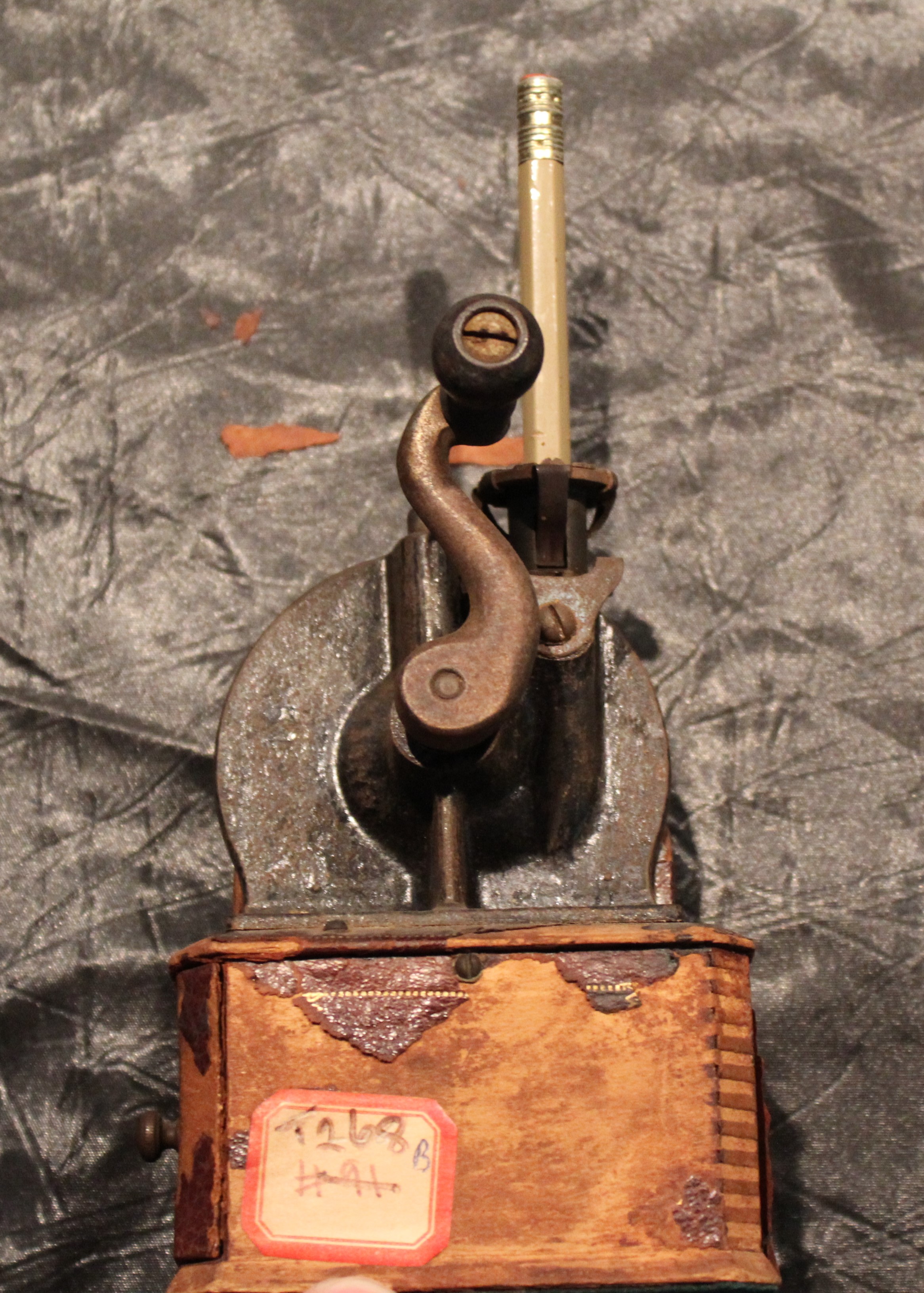