This tool at Smith’s Tavern is a thread waxer.

Linen and silk thread were the most widely used threads by the pre-19th century seamstress until cotton thread became the sewing thread of choice later in the 19th century.  Silk thread was used for sewing silk garments and marking and embroidering linens whereas silk twist was used for sewing button holes. All silk thread required waxing before sewing to prevent unraveling and may be used in sewing machines.

Waxing makes regular thread stiffer, more water and mildew resistant, and less stretchy.  Its downsides are that it leaves a waxy residue on sewing machines and the wax melts when exposed to heat.  Waxing thread for hand sewing was more typical.

This device at Smith’s Tavern was most likely handmade as no similar item was found during research.  The open “cup” at one end would hold the beeswax and the thread would pass across the wax and be wound around the spindle at the other end. 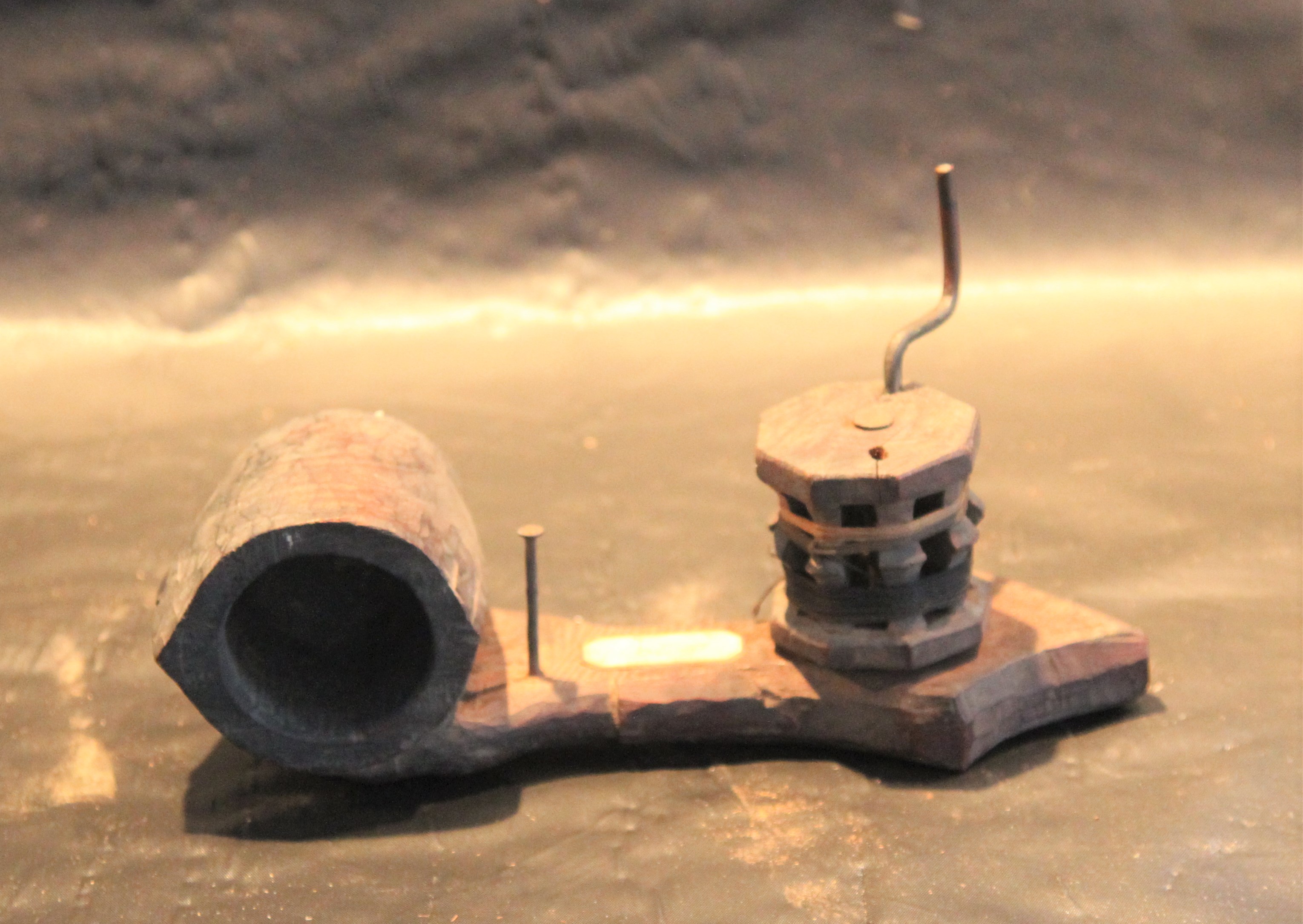 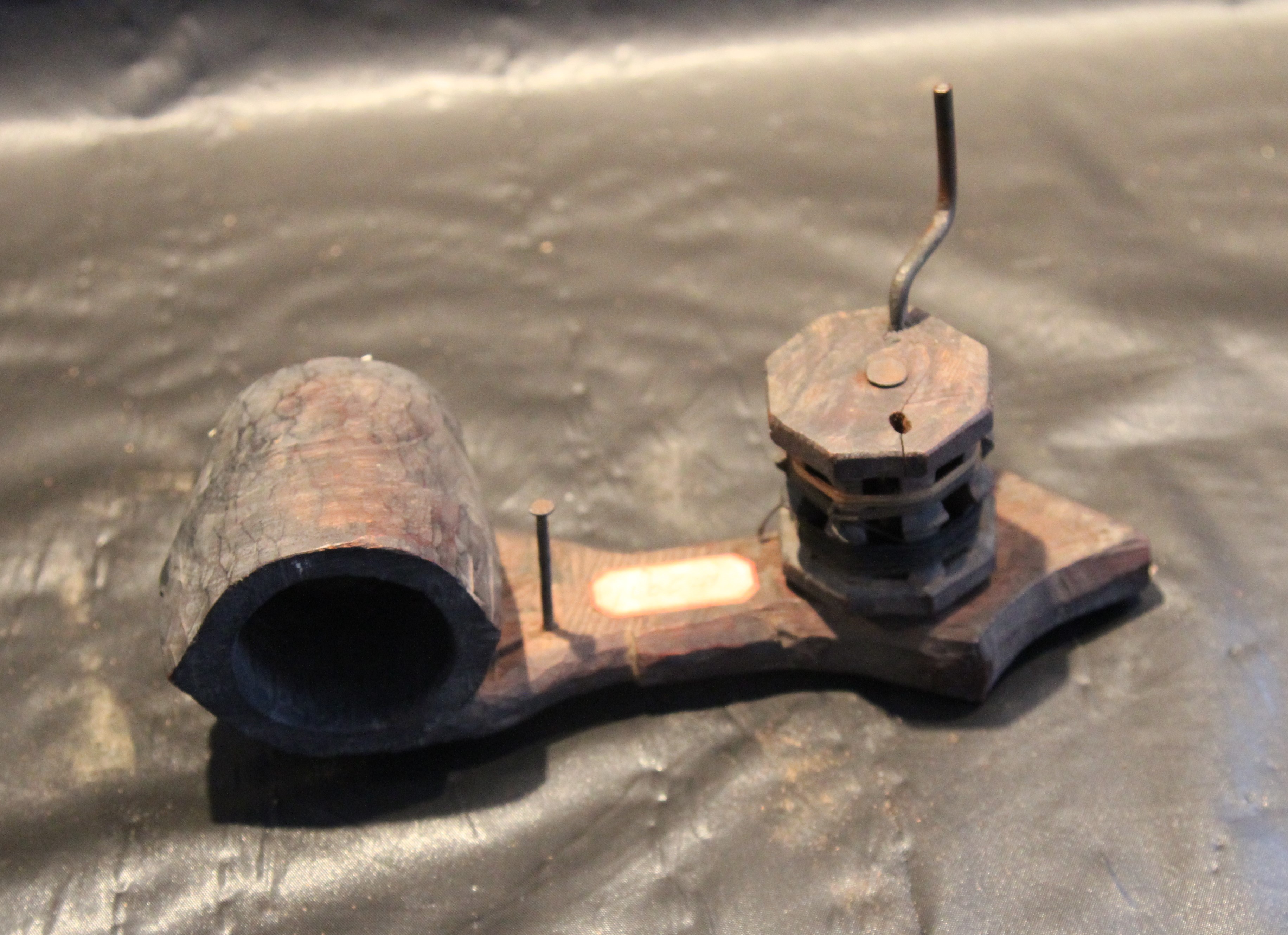