This tool at Smith’s Tavern is a hay knife that was used by farmers to open bales of hay or cutting portions of hay from stacks.  Once hay has settled, it is extremely difficult to move and so the hay knife neatly sliced cubes that were more easily distributed.

This tool was made by David Washington, a blacksmith from Auburn, New York in the early 1800s. 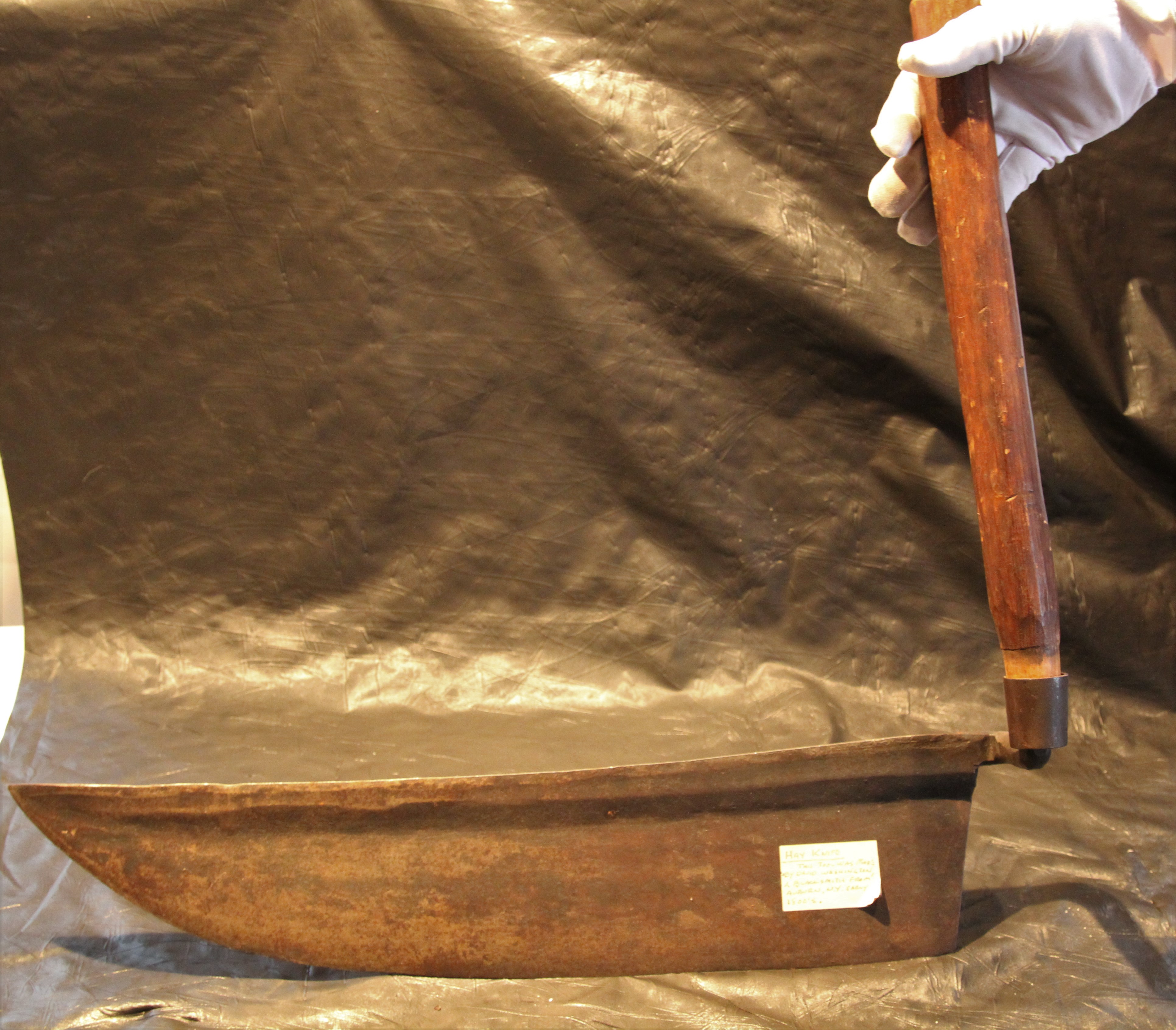 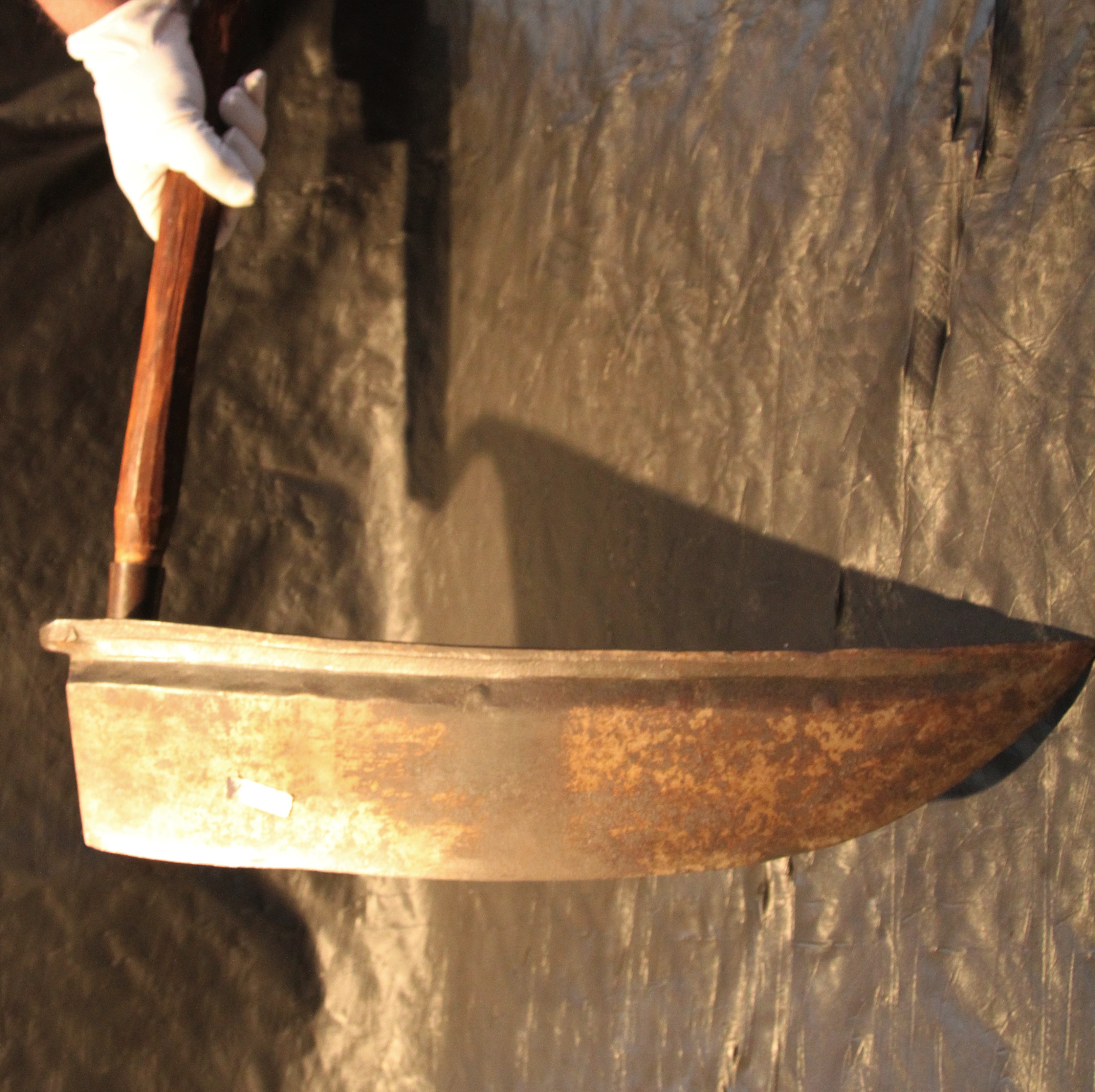 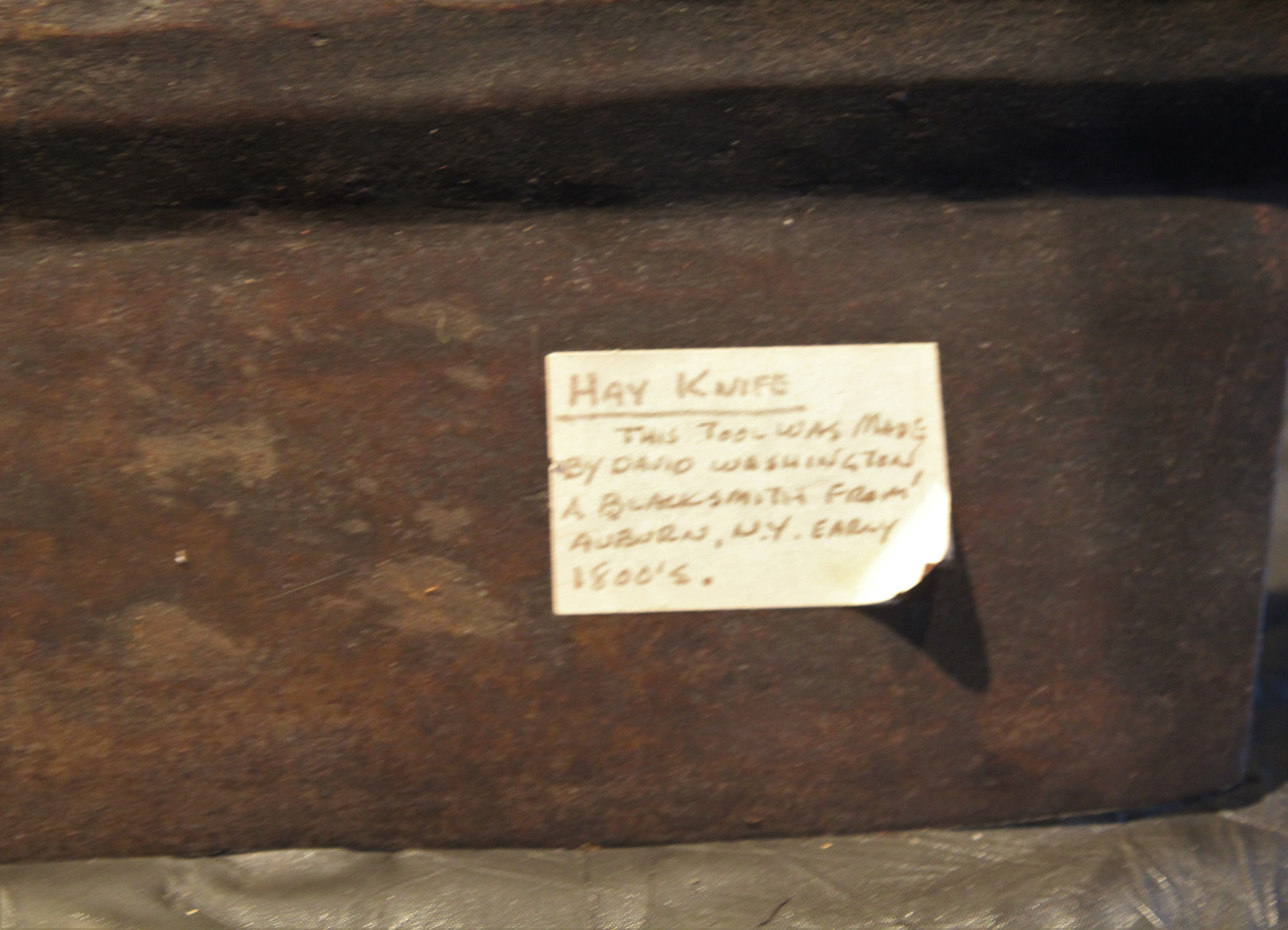