The scythe was great for mowing grass or hay, but cutting grain with it left the grain stalks tangled, which made the job of the following rakers and binders extremely difficult. In addition, grain was usually not cut until it was quite ripe and the more violent cutting motion of the scythe, as opposed to the sickle, resulted in a lot of shattering and lost grain. One account estimated 5 to 10 percent of the grain was lost when cut by a sickle, and 10 to 20 percent when a scythe was used. Finally, someone added a loop, just above the blade, that caught and held the stalks cut during each swing of the scythe and allowed the scythe man to deposit the gavel to one side where it could be more easily gathered up and tied into a sheaf.

The grain cradle, a series of light wooden fingers behind the blade, was an improvement on this primitive loop and made the cutting of grain with a scythe much more efficient than with a sickle, although still prone to greater losses from shattering.

One Pennsylvania farmer wrote in 1829 that, “...because cradlers only cradle, a farmer must also hire a raker and a binder.” He also noted that sickle reapers “reap through, bind back and shock in the evening,” thus eliminating the need to hire additional workers, while “...a cradler will not do much more than three sickle reapers, and never as clean harvested.”

The development of the reaper and, later, the self-binder, as well as the mowing machine, soon relegated the scythe and the grain cradle to the occasional job of opening up a field so the crop wouldn’t be trampled down by the machines. 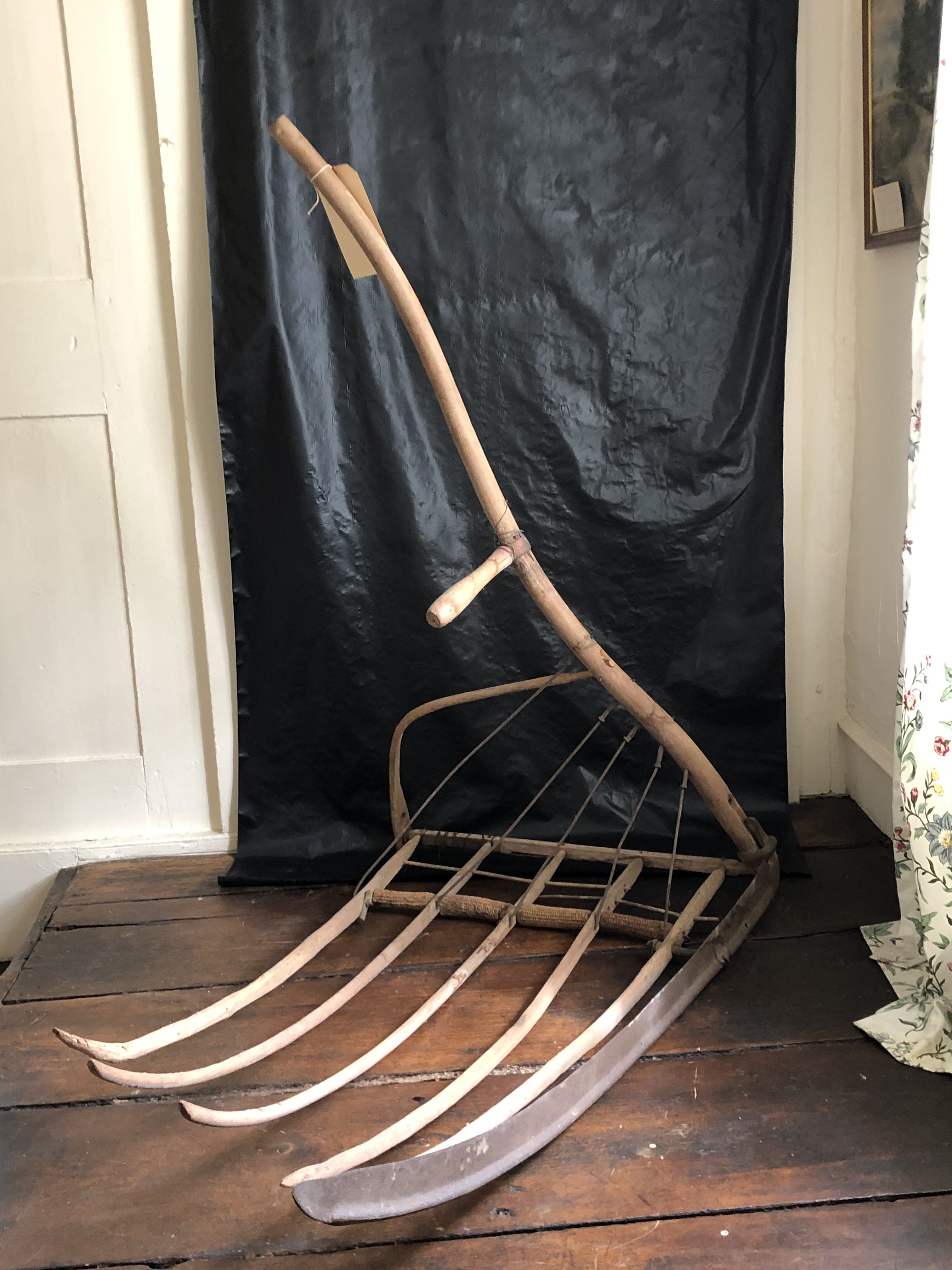