A plane, or hand plane, is a device that holds an iron chisel in a fixed position so wood can be evenly removed from the surface of a board. They are used to smooth, thin, and flatten wood, as well as to shape the wood for utilitarian purposes like joints and decorative purposes like edges and molding.

Thanks to the invention of planes, a moderately skilled workman could produce the same quality carpentry that previously had taken a master craftsman countless hours to achieve with a hand chisel.

The decline of wooden planes in the U.S. began in the mid-19th century during the Industrial Revolution, as new manufacturers, with their steam- and water-powered machines and assembly-line factories, started churning out metal planes. These new planes, usually cast in iron or gunmetal bronze, were also more accurate and easier to use.

Smith Tavern has an assortment of wooden planes, some are large and some are smaller.  Most are also known as wooden fore planes that were used from the 17th century to the early 20th century. 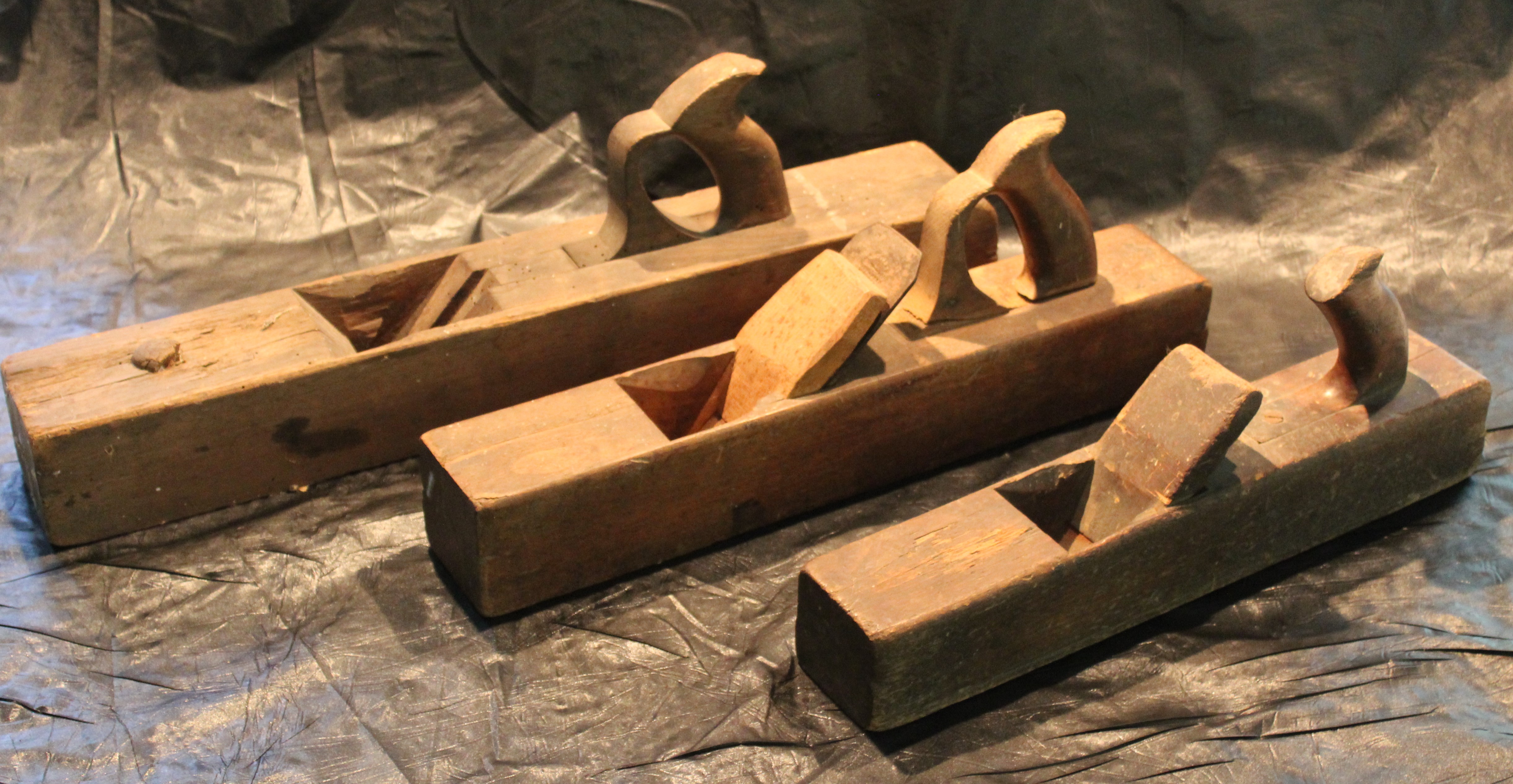