These tools at Smith’s Tavern are wooden modeling planes.  A molding plane is a piece of wood, almost always beech, that holds a blade (the iron) held in place with a wooden wedge.  The blade is inserted into a mortise cut through the body of the tool at an angle.  The front of the plane is the toe; the rear is the heel.  The bottom, where the blade projects, is the sole.  The slot in the side where the shavings are ejected is the escapement.

A molding plane blade is generally bedded at 45 degrees to the sole of the plane.  As the bedding angle increases, the action of the plane iron becomes more of a scraping action and less of a shearing action.  This is the same effect as increasing the effective cutting angle of a bench plane.  The benefit to a higher pitch is that the plane will perform better on hardwoods with difficult grain.  The cost is a plane that is harder to push and has a reduced usable edge life.

There are a few basic types of molding planes at Smith’s Tavern:

Without a fence or depth stop they cannot cut the rabbet width or depth precisely.  Where rabbet planes excel is in tweaking other joints.  It can be used upright or on its side to tweak the depth or width of a rabbet cut by a fillister plane.  It can trim a tongue and groove joint for a perfect fit.  It can be used like a shoulder plane to adjust a tenon cheek or the long edges of a panel for a frame and panel door.  Rabbet planes are also key when making built-up moldings with hollows and rounds.  The rabbet plane, which is much easier to sharpen than a plane with a curved blade like a hollow or round, is used to hog off the waste between the molding profiles while the hollow and round molding plane is used as sparingly as possible.  The rabbet plane is also capable of very coarse work.  The skew-blade variety can remove a lot of material very fast.  The sound they make as their skewed blades move through wood is quite unique - sounding almost like a huge zipper.

Smith’s Tavern has one fillister plane, with “Greenfield Tool Co., Greenfield Mass” and “S Gale” etched into an end.  The fillister plane comes in several varieties. The most common and the most useful is the moving fillister.  An adjustable fence and depth stop allows the plane to be set to cut a rabbet of a precise depth and width.  The addition of a nicker in front of the blade helps it maintain a clean cut when working across the grain.  The better planes will have the nicker blade bedded in a mortise in the side of the plane, a wedge holding it tight.

This plane cuts a rabbet and can be used both with and across the grain.  Useful when making ship-lap boards, raised and fielded panels and complex moldings with hollows and rounds.

Smith’s Tavern has seven of these types of planes (only five pictured).  The side bead cuts a bead at the edge of a board.  It has an integral fence and depth stop.  It is a simple plane to use- hold it upright against the edge of a board and plane until it stops cutting. These planes are always boxed - at a minimum the "quirk" of the bead is boxed.

A bead detail is useful to add interest to an edge- along a table skirt for example.  It also serves to soften a sharp edge, protecting people and the edge from splintering.  A bead is also a good idea to distract the eye from a joint where two things meet - along the vertical lines of a door or along the edge of a ship-lap back of a case piece.  The bead hides subtle variations in the edges from the viewer. The quirk of a bead is also a good place to hide a nail. 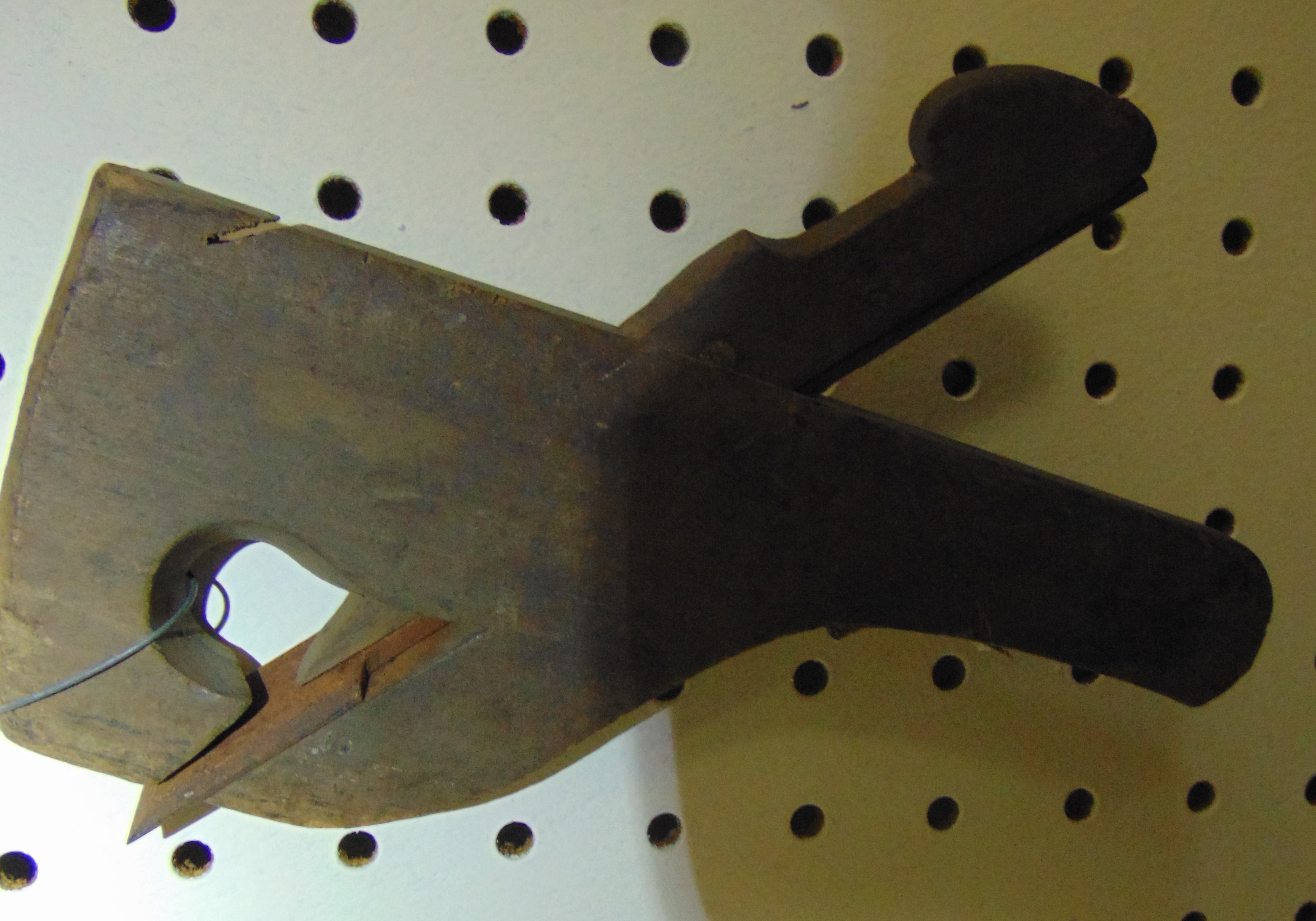 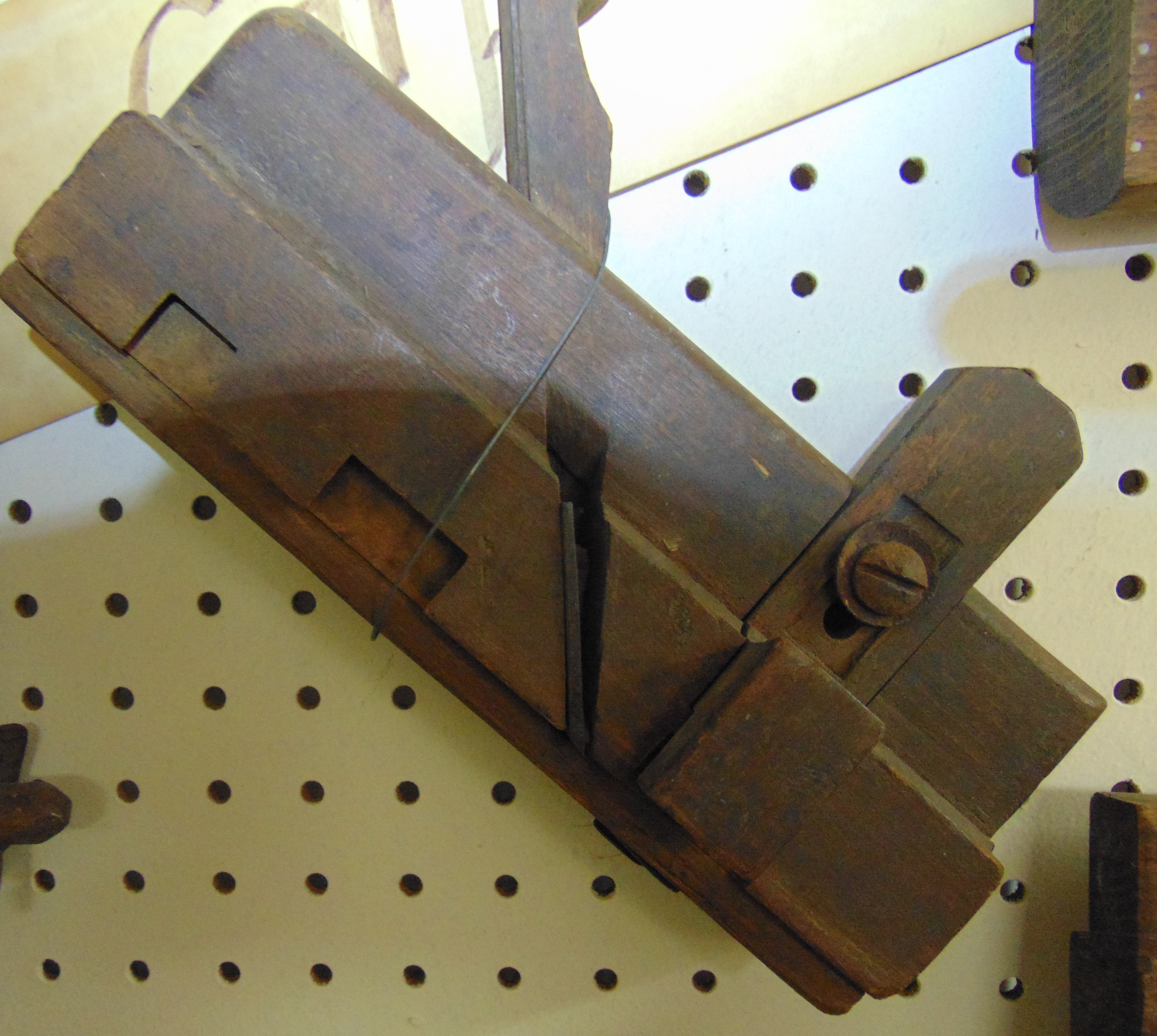 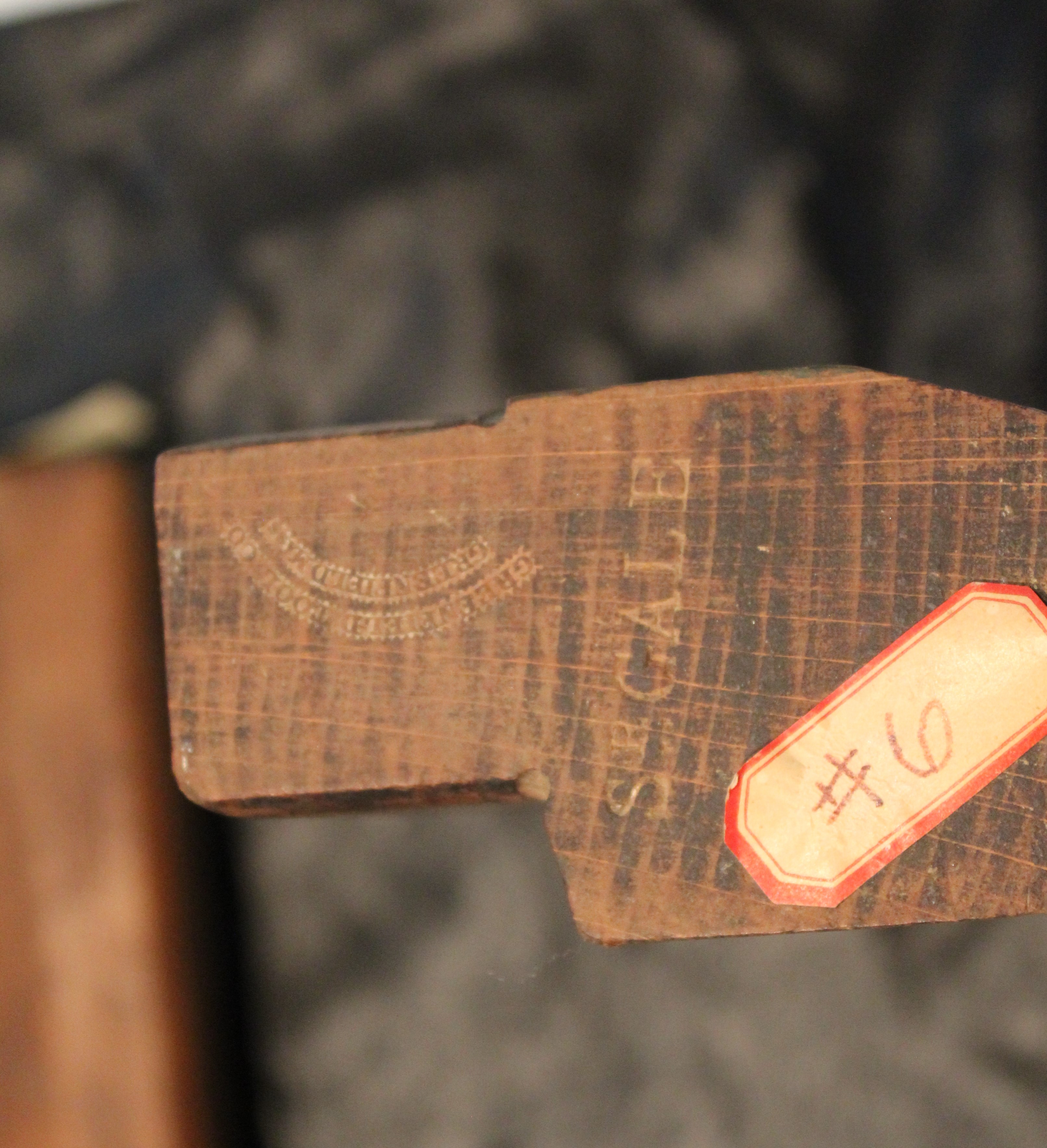