This tool at Smith’s Tavern is a boot jack.

A boot jack is a handy contraption for hands-free removal of boots. It can consist of a V or U-shaped mouth that grips the heel of the boot and a flat tang on which the other foot is placed for weight and balance.  Boot jacks save the wearer from bending over and allow for the swift and easy removal of dirty footwear.

Between 1852 and 1995, over 200 designs of boot jacks were patented in the United States, many of which were made with slogans or brand names as advertising tools.  Most boot jacks were not marked with the maker’s name or date of manufacture, so it’s hard to tell when and where they were made.

The boot jack at Smith’s Tavern has a boot-shaped hole in the center (probably ringed by rawhide or leather - some remaining) and a leather patch for the alternate foot for leverage.  This tool also has a wooden handle that the user would hold to help pull off the boot.  The handle also allows the tool to stand upright or can be folded. 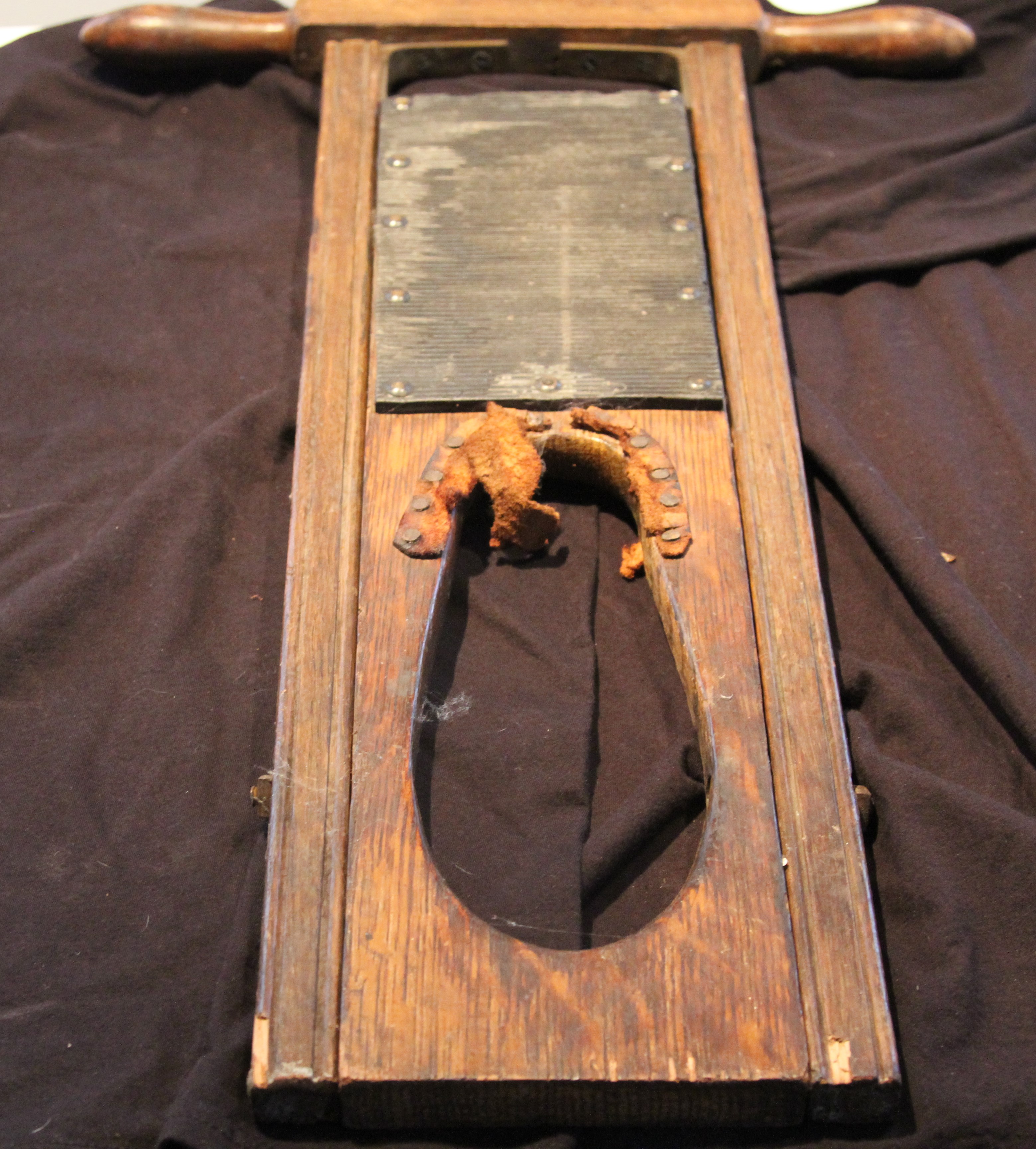 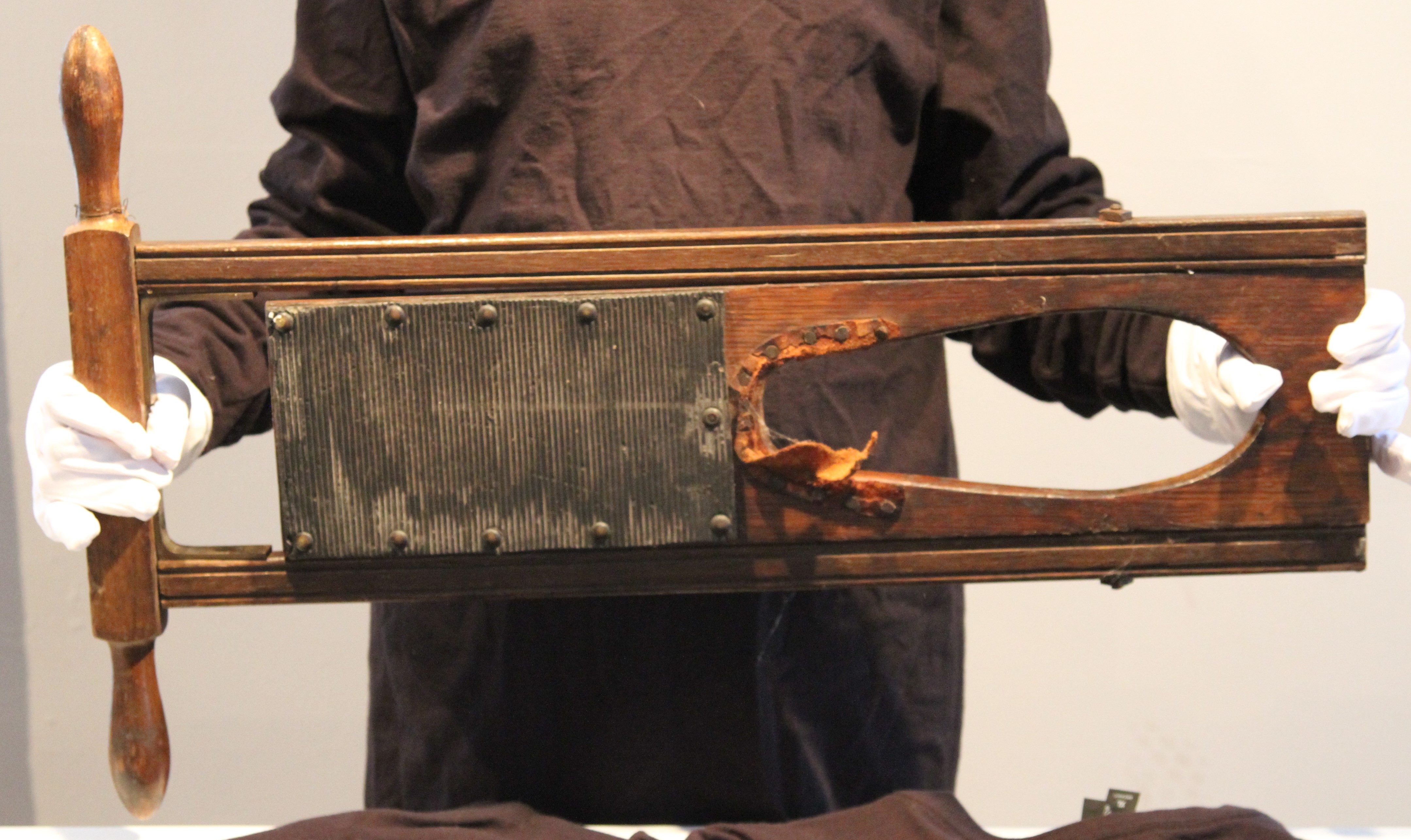