This item at Smith’s Tavern is a cast-iron foot scraper, donated by L.J. Mains, Sr.  Its base has two holes which were probably used to affix it outside the house or business.

For centuries, most people had to walk through town centers on dirt roads and of course, their boots became covered in all sorts of muck from mud to horse manure.  Clearly, every decent house needed a proper boot scraper. Scrapers became popular in Colonial America in the 18th Century, first simply as a thin hand wrought blade attached to two anchors and placed next to the house.  During the 19th Century, many patents were issued for new styles, many with elaborate ways to remove the muck. The item at Smith’s Tavern has somewhat elaborate lyre-shaped scrollwork. 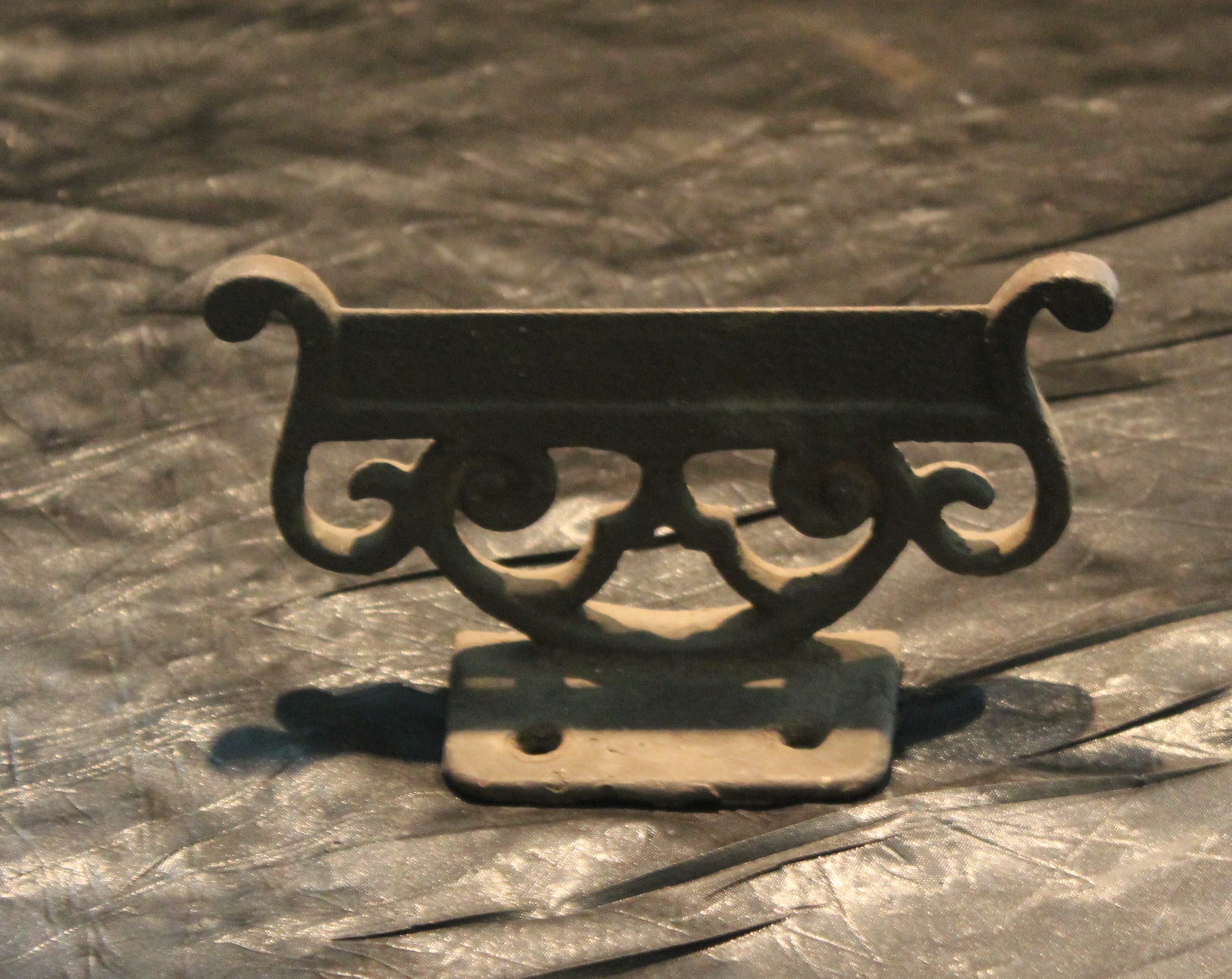