This item at Smith’s Tavern is a brass spittoon.  It appears to be made from three circular pieces welded together - the top piece has a wide lip leading down to a circular opening.

A spittoon is a receptacle made for spitting into, especially by users of chewing and dipping tobacco.  It is also known as a cuspidor (which is the Portuguese word for "spitter" or "spittoon", from the verb "cuspir" meaning "to spit"), although that term is also used for a type of spitting sink used in dentistry.

Spittoons are flat-bottomed, often weighted to minimize tipping over and often with an interior "lip" to make spilling less likely if they tip.  The use of spittoons was considered an advance of public manners and health, intended to replace previously common spitting on floors, streets, and sidewalks.  Many places passed laws against spitting in public other than into a spittoon.

Spittoons were also useful for people suffering from tuberculosis who would cough up phlegm.  Public spittoons would sometimes contain a solution of an antiseptic such as carbolic acid with the aim of limiting the transmission of disease. 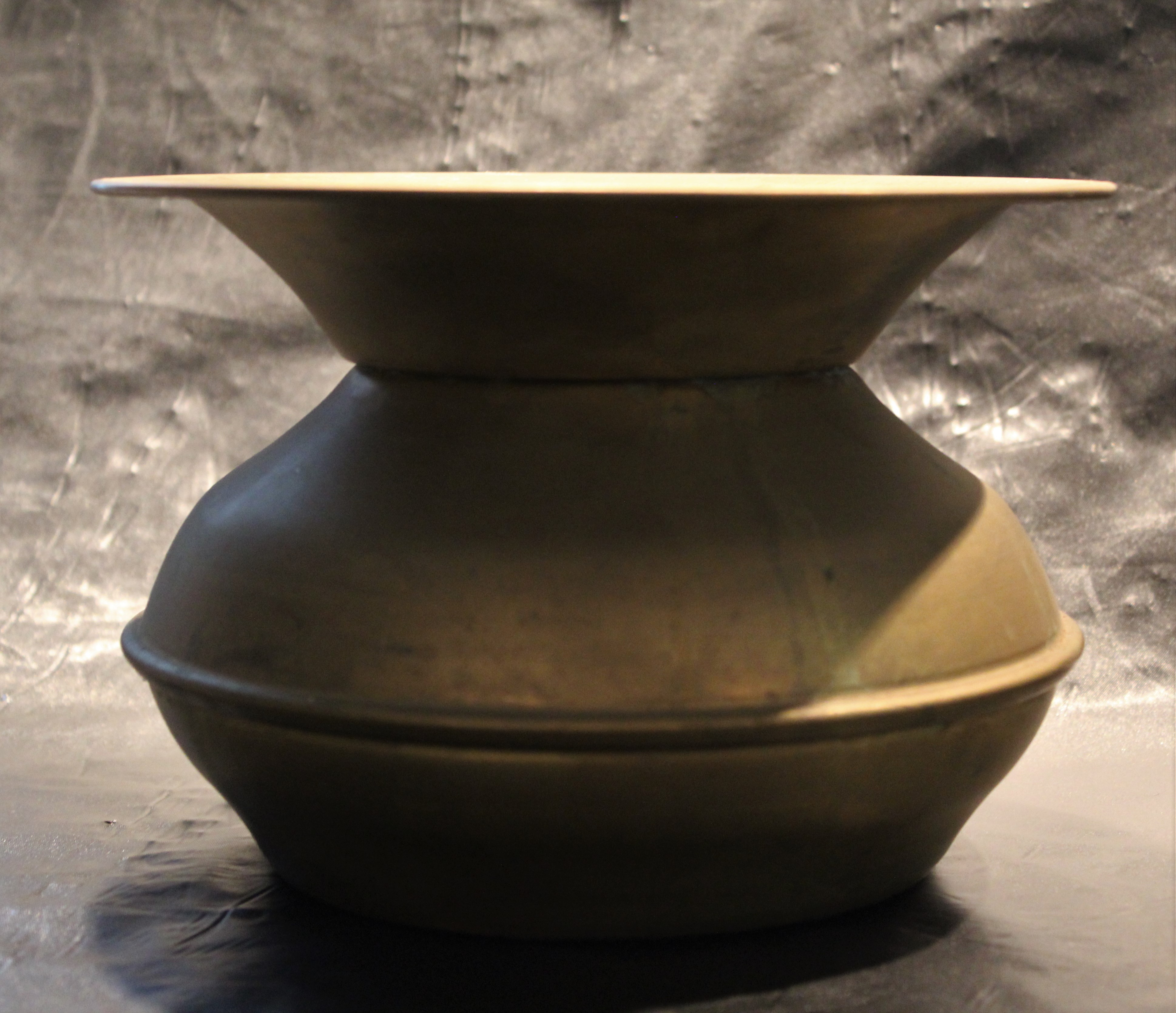 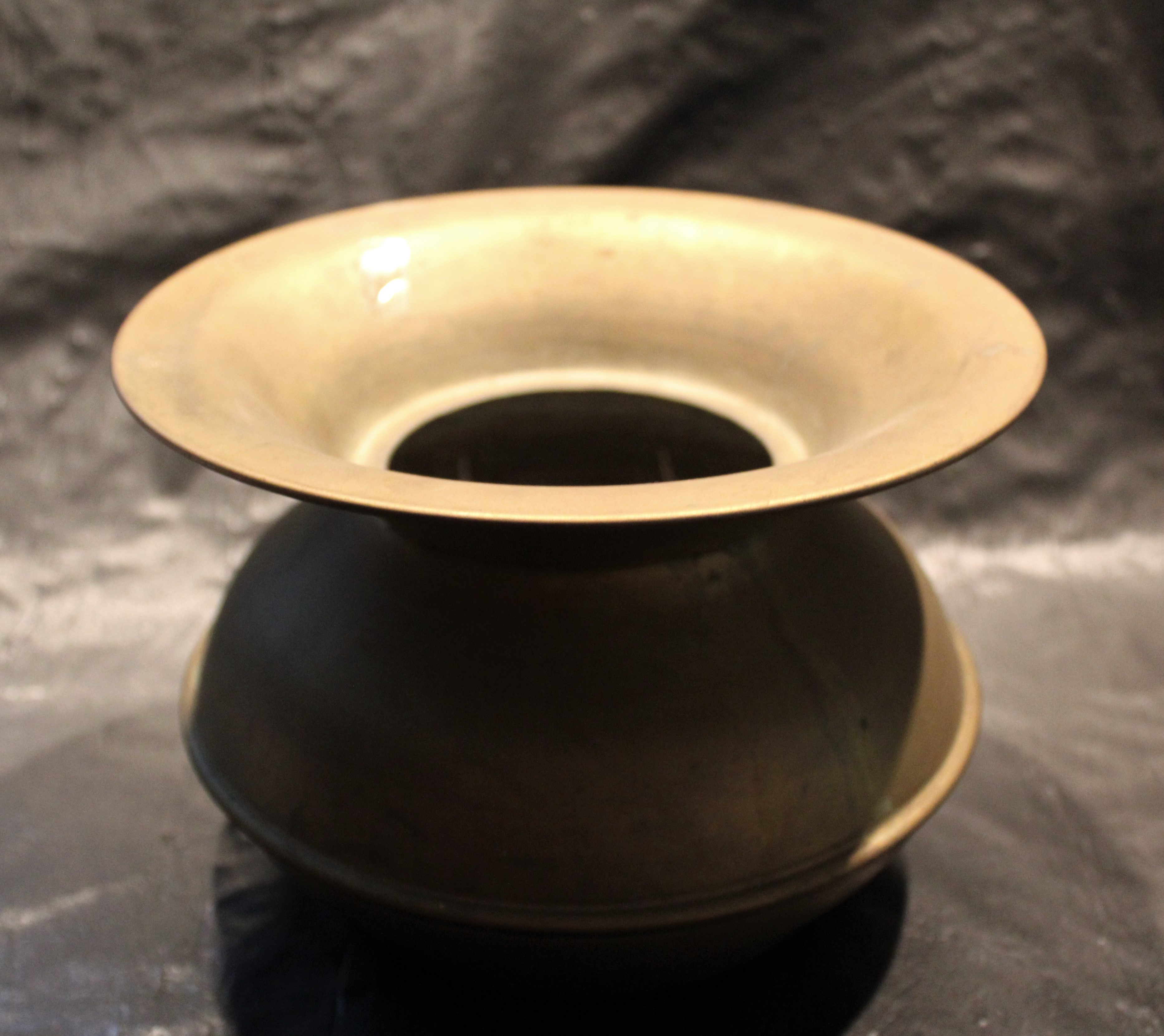