In the mid 1700s, locks were few in the American Colonies and most were copies of European mechanisms.  With the founding of the Republic and the new prosperity, there was a growing demand for sturdy door locks, padlocks, and locks for safes and vaults, and so the American lock industry had its start. Each native craftsman had his own ideas about security, and between 1774 and 1920, American lockmakers patented some 3,000 varieties of lock devices. Among was the patent for a "domestic lock," by Linus Yale, Sr.  This lock was a modification of an old Egyptian pin-tumbler principle that utilized a revolving cylinder.

The device at Smith’s Tavern is a metal panel lock and key set, missing the knob (hole located above the key).  It was made and/or donated by Mr. Martins, Sr. 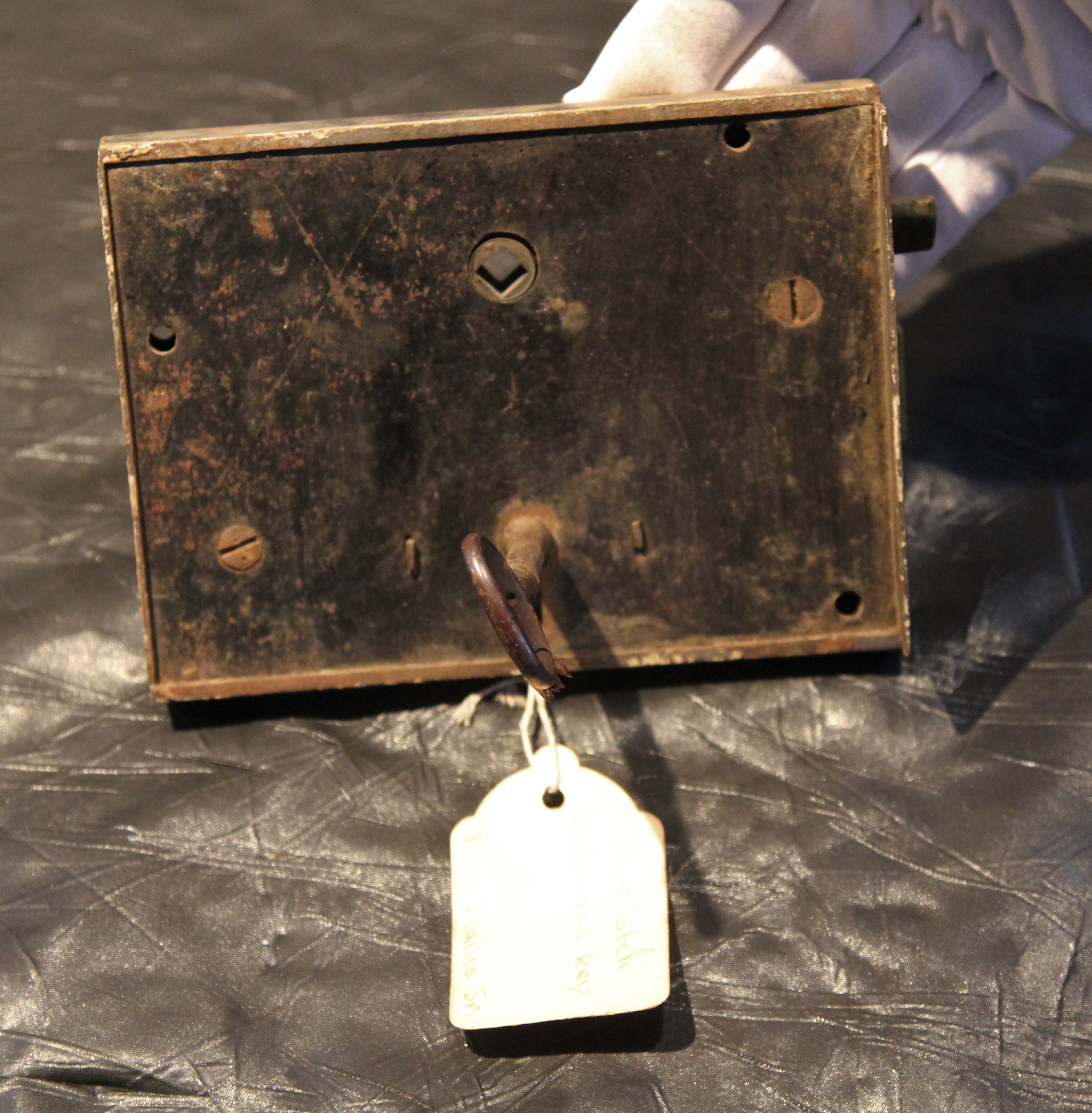 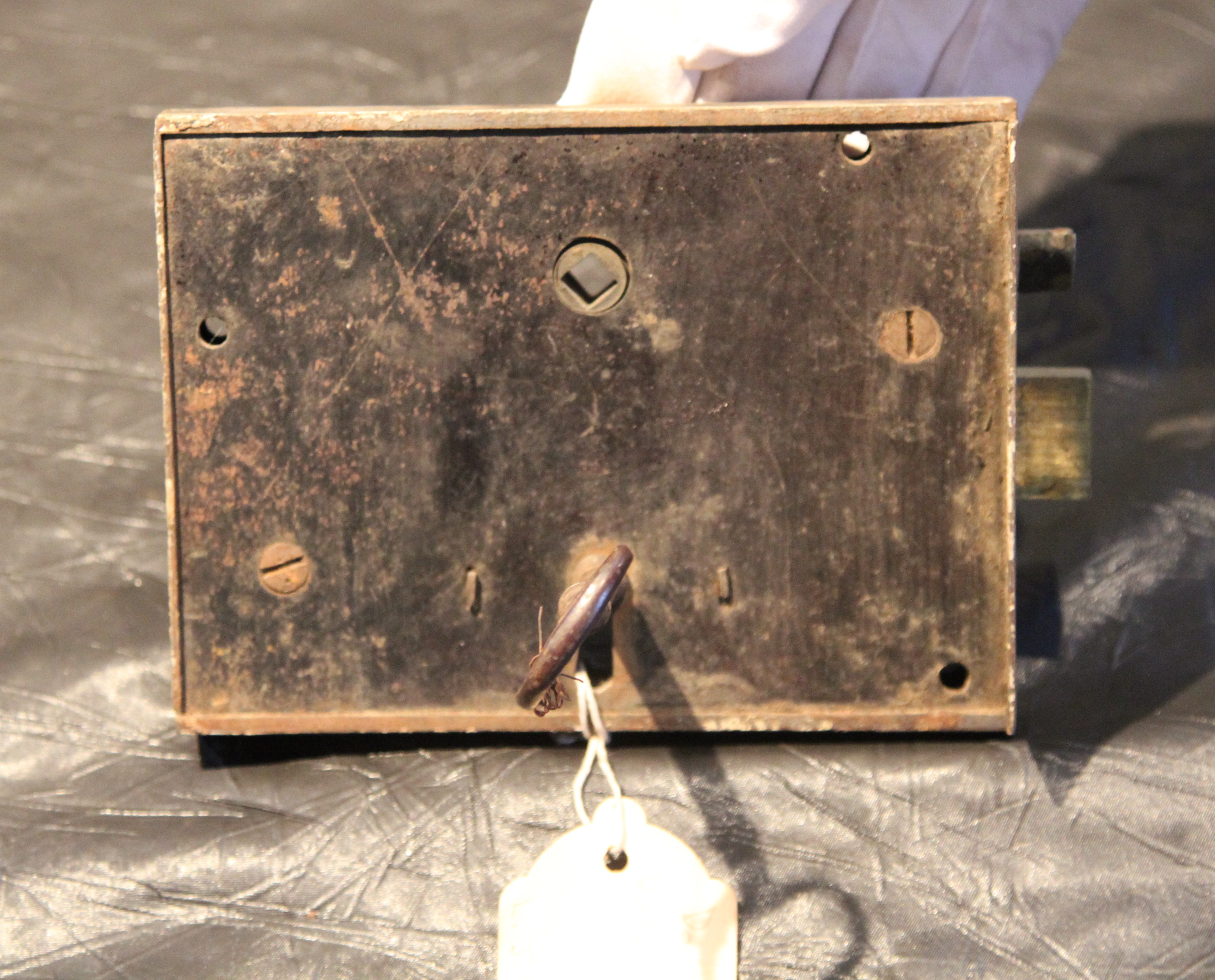