This device at Smith’s Tavern is a double pan hanging balance scale.

The simplest type of balance, the equal-arm, or beam, balance has been used for many thousands of years.  A uniform bar, the beam, is suspended at its exact center; this point of support is called the fulcrum. Two pans of equal weight are suspended from the beam, one at each end, at points equally distant from the fulcrum. Since the center of gravity of a uniform bar is at its midpoint, the beam supporting the pans will be in equilibrium when it is exactly horizontal.  A pointer attached at right angle to the beam at the fulcrum indicates zero on a scale when the beam is at rest parallel to a level surface.  It shows also the extent of swing of the beam on one side or the other, acting somewhat as a pendulum, when the beam is coming to rest. The object to be weighed is placed on one pan and standard weights are added to the other until the balance of the beam is established again. The unknown weight can then be determined by adding up the standard weights in the pan.

This scale at Smith’s Tavern has an added feature in a center-hanging weight (could be brass) that could actually be one of the standard weights used for this scale or had some other function. 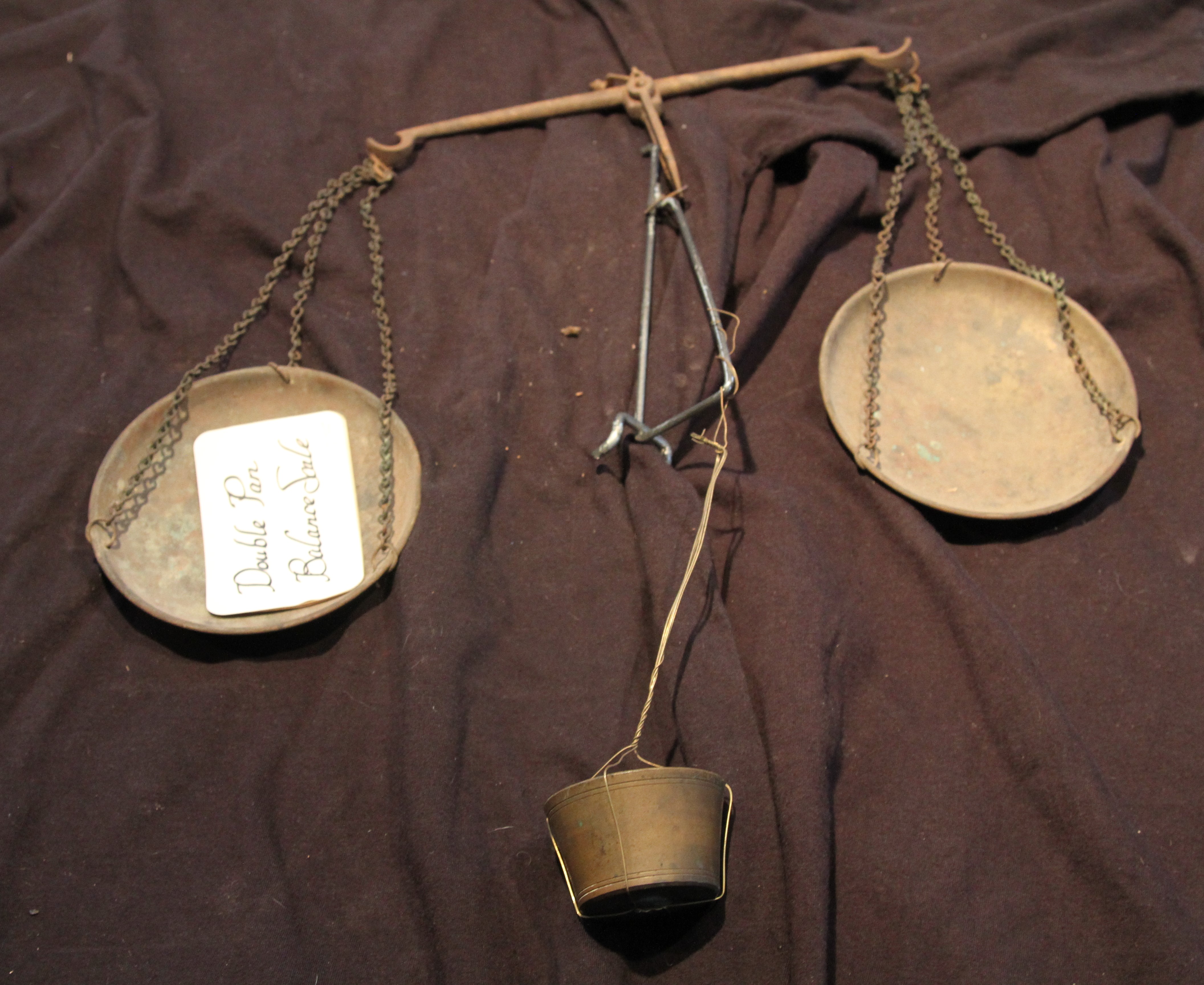 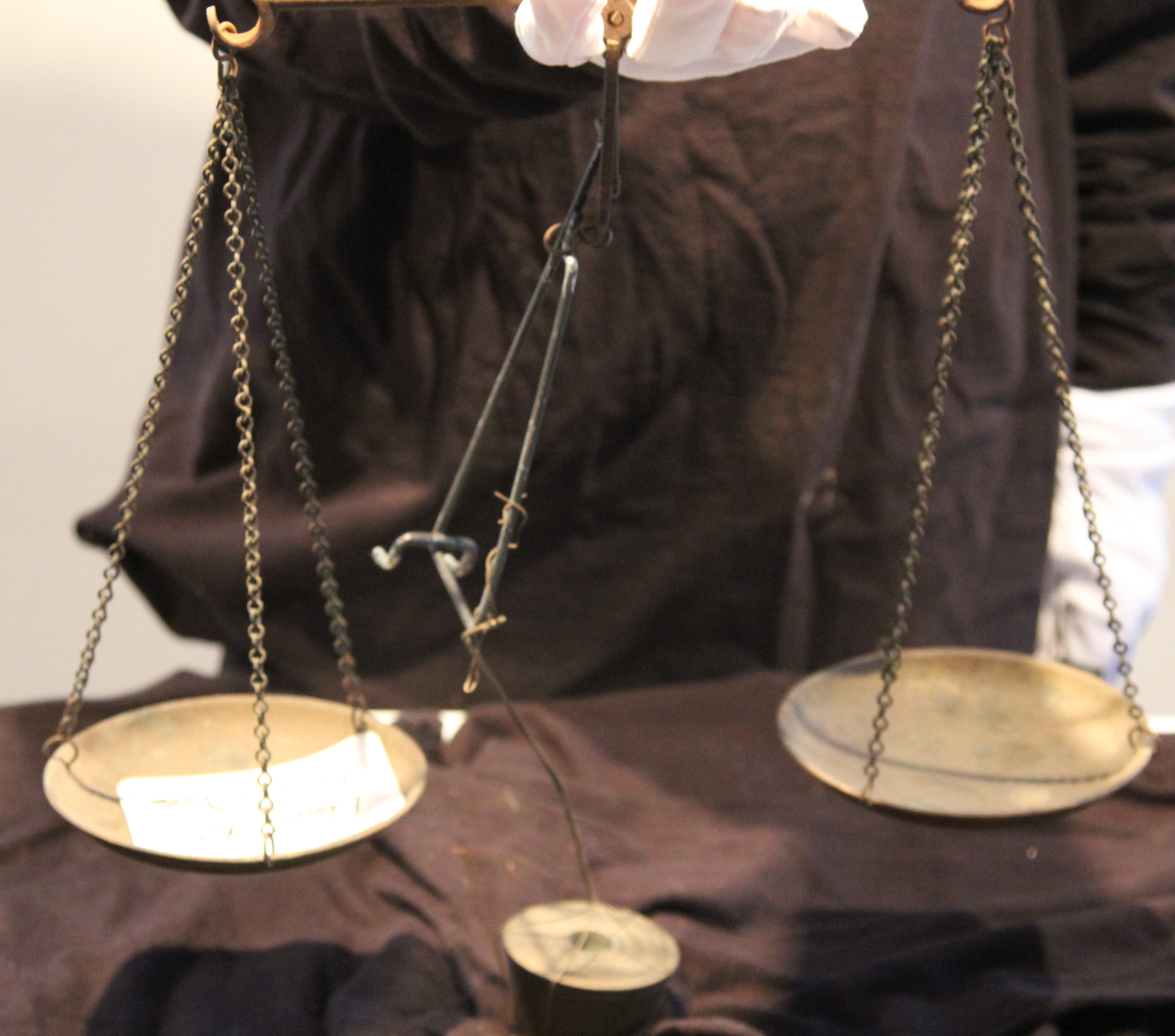