These devices at Smith’s Tavern are steelyard balance scales.

A steelyard balance, steelyard, or stilyard is a straight-beam balance with arms of unequal length.  It incorporates a counterweight which slides along the longer arm to counterbalance the load and indicate its weight.  A steelyard is also known as a Roman steelyard or Roman balance.

The steelyard comprises a balance beam which is suspended from a Lever/pivot or fulcrum which is very close to one end of the beam.  The two parts of the beam which flank the pivot are the arms.  The arm from which the object to be weighed (the load) is hung is short and is located close to the pivot point.  The other arm is longer, is graduated and incorporates a counterweight which can be moved along the arm until the two arms are balanced about the pivot, at which time the weight of the load is indicated by the position of the counterweight.

Steelyards of different sizes were used to weigh loads ranging from ounces to tons.      A small steelyard could be a foot or less in length and thus conveniently used as a portable device that merchants and traders could use to weigh small ounce-sized items of merchandise.  In other cases, a steelyard could be several feet long and used to weigh sacks of flour and other commodities.

Farmers would often use these scales to weigh pieces of meat, such as from a butchered pig, skewering the dangling hooks into the piece of meat, then hooking the top hook over a nail in a beam, or over a branch of a tree, so that the scales with its dangling weight could hang freely.  Then the large bulbous counterweight would be moved outward along the arm until the small cross would line up with the arms of the top hook. 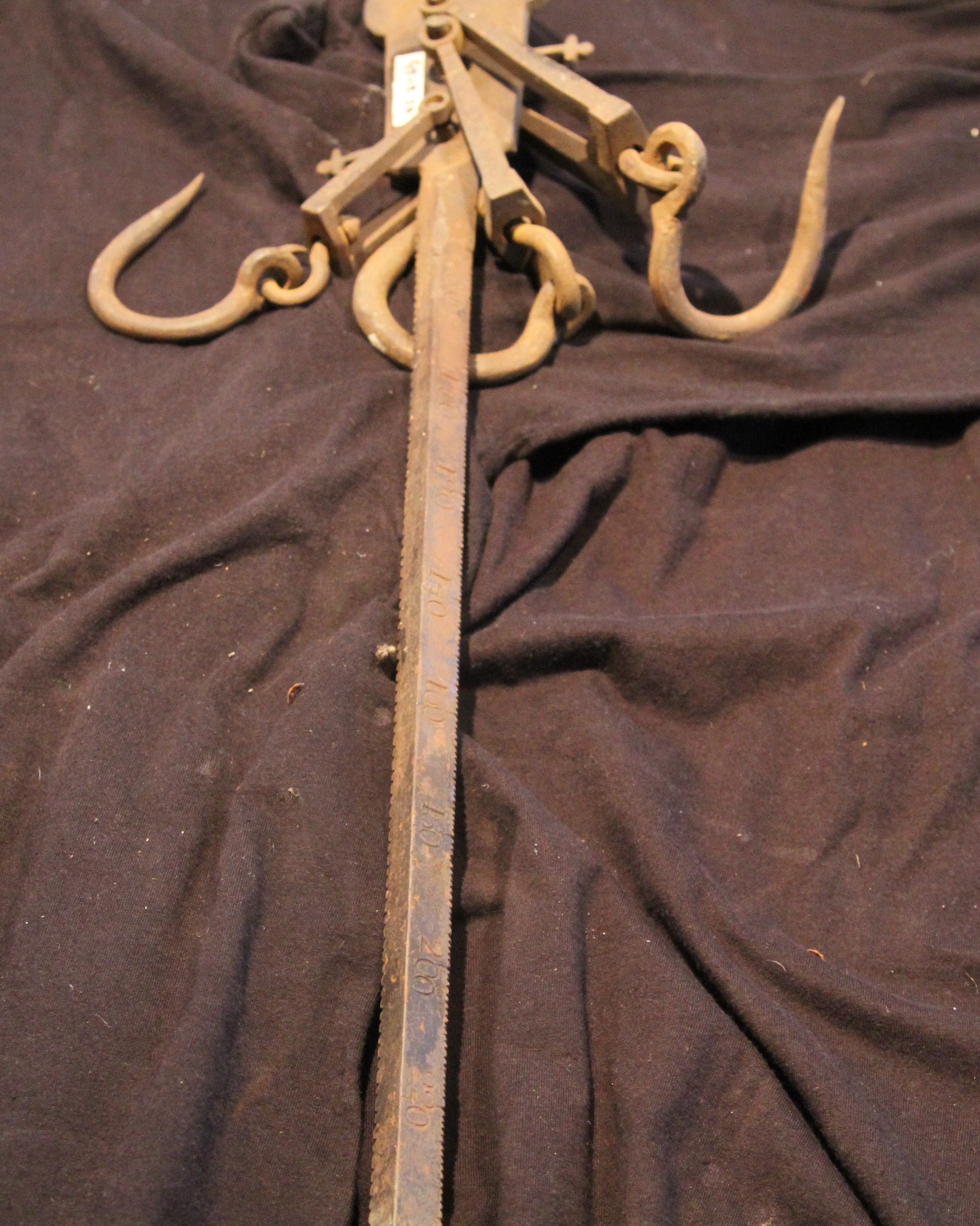