This device at Smith’s Tavern is a plug tobacco cutter.  It is made of cast iron and attached by its three legs to a wooden plank.  There is a small square collection tray and a hinged arm with a curved cutting blade; tension on the arm could be adjusted by a wingnut screw where the arm is attached to the base.

Plug tobacco cutters were usually used by country stores to cut plug (chewing) tobacco that was then sold by the inch to the retail trade.  The device at Smith’s Tavern is similar to the Yankee Slicer No. 0 (see at the referenced link) 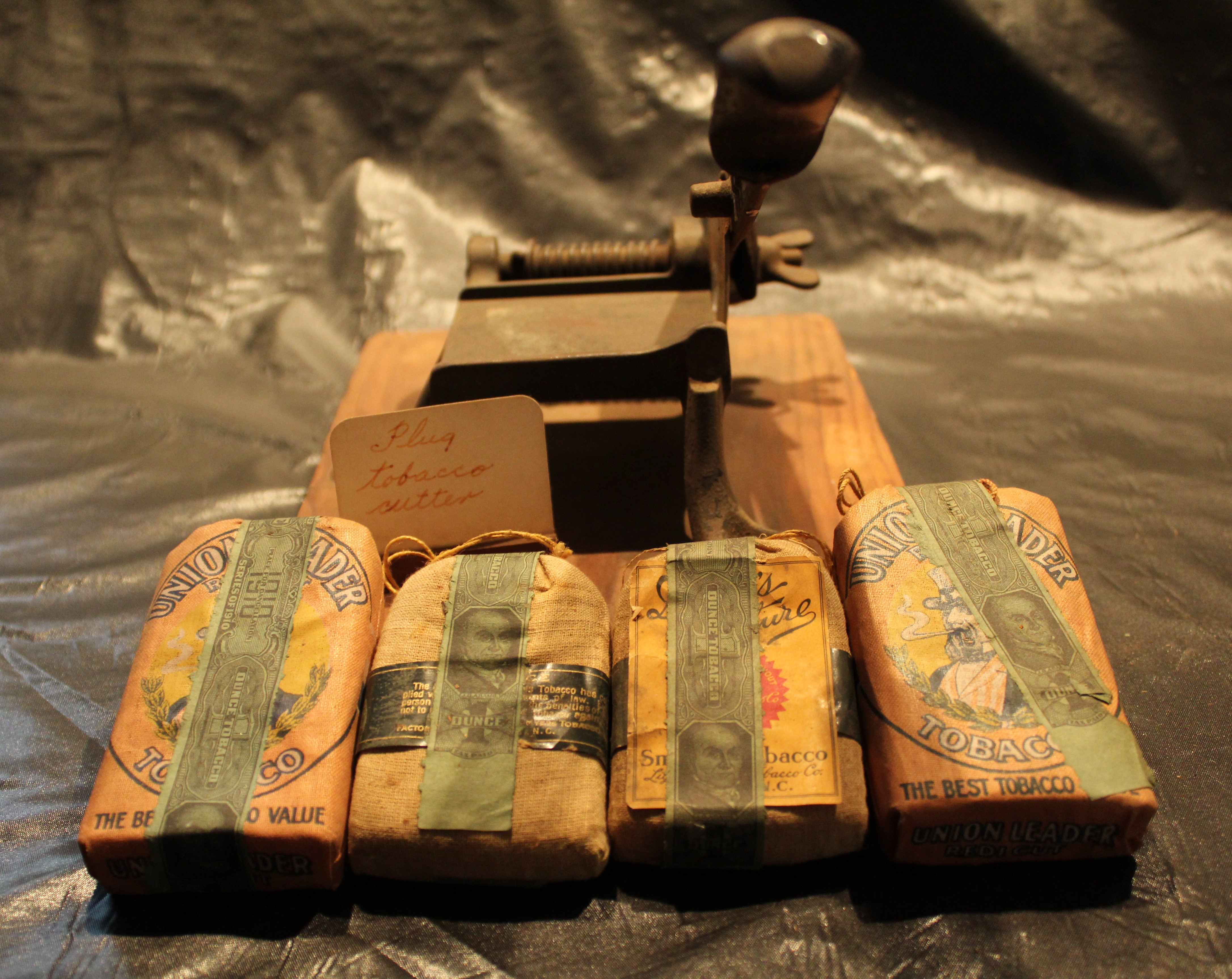 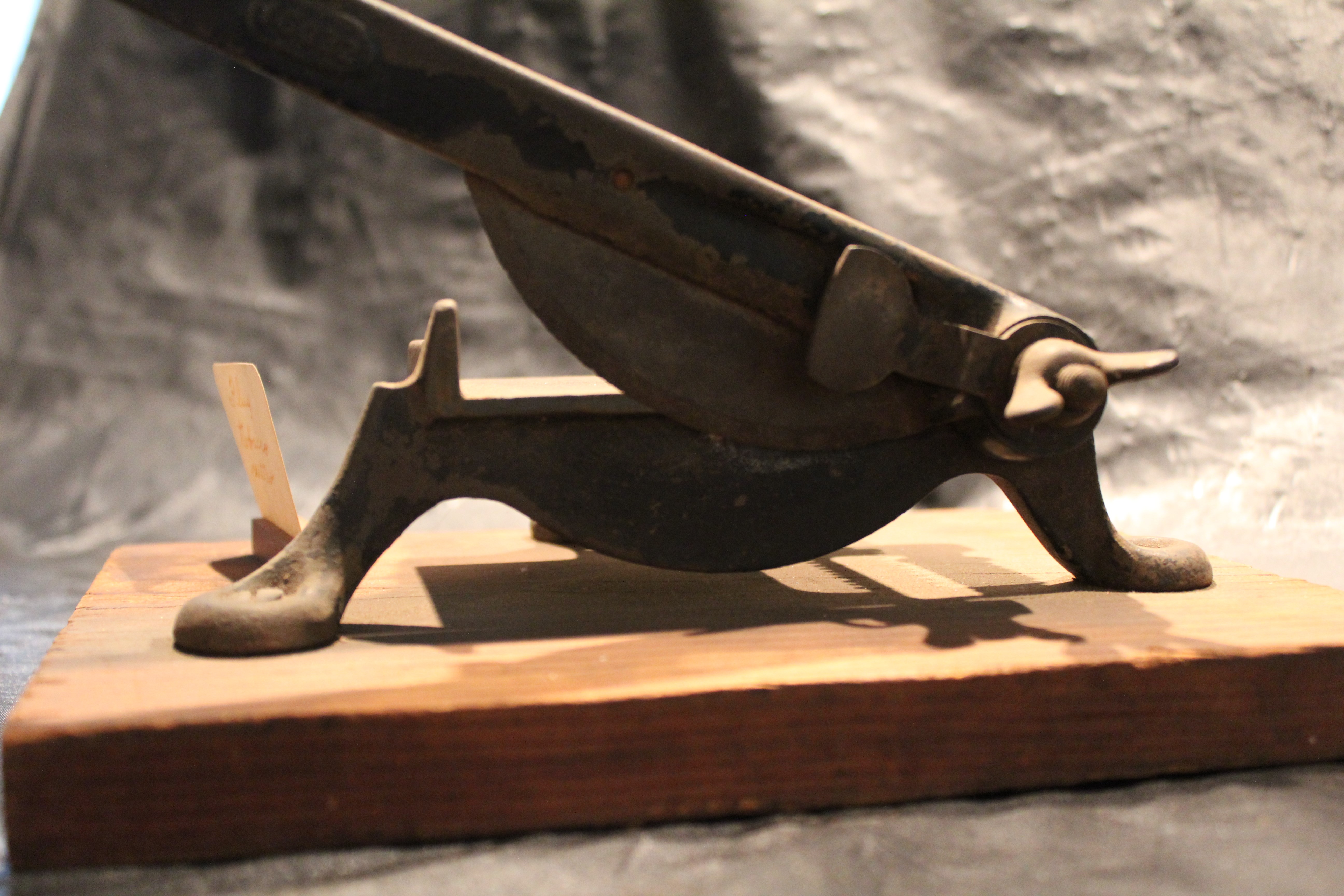