Blacksmiths started forging simple flat irons in the late Middle Ages. Plain metal irons were heated by a fire or on a stove. Some were made of stone (T129).

Flat irons were also called sad irons or smoothing irons. Metal handles had to be gripped in a pad or thick rag.  The sad in sad iron (or sadiron) is an old word for solid, and in some contexts this name suggests something bigger and heavier than a flat iron. Goose or tailor's goose was another iron name, and this came from the goose-neck curve in some handles.

Most households needed at least two irons on the go together for an effective system: one in use and one re-heating.  Large households with servants had a special ironing-stove for this purpose.

At home, ironing traditional fabrics without the benefit of electricity was a hot, arduous job.  Irons had to be kept immaculately clean, sand-papered and polished. They must be kept away from burning fuel and be regularly but lightly greased to avoid rusting.  Beeswax prevented irons sticking to starched cloth. Constant care was needed over temperature. Experience would help decide when the iron was hot enough, but not so hot that it would scorch the cloth.

A well-known test was spitting on the hot metal, but Charles Dickens describes someone with a more genteel technique in The Old Curiosity Shop. She held "the iron at an alarmingly short distance from her cheek, to test its temperature..." 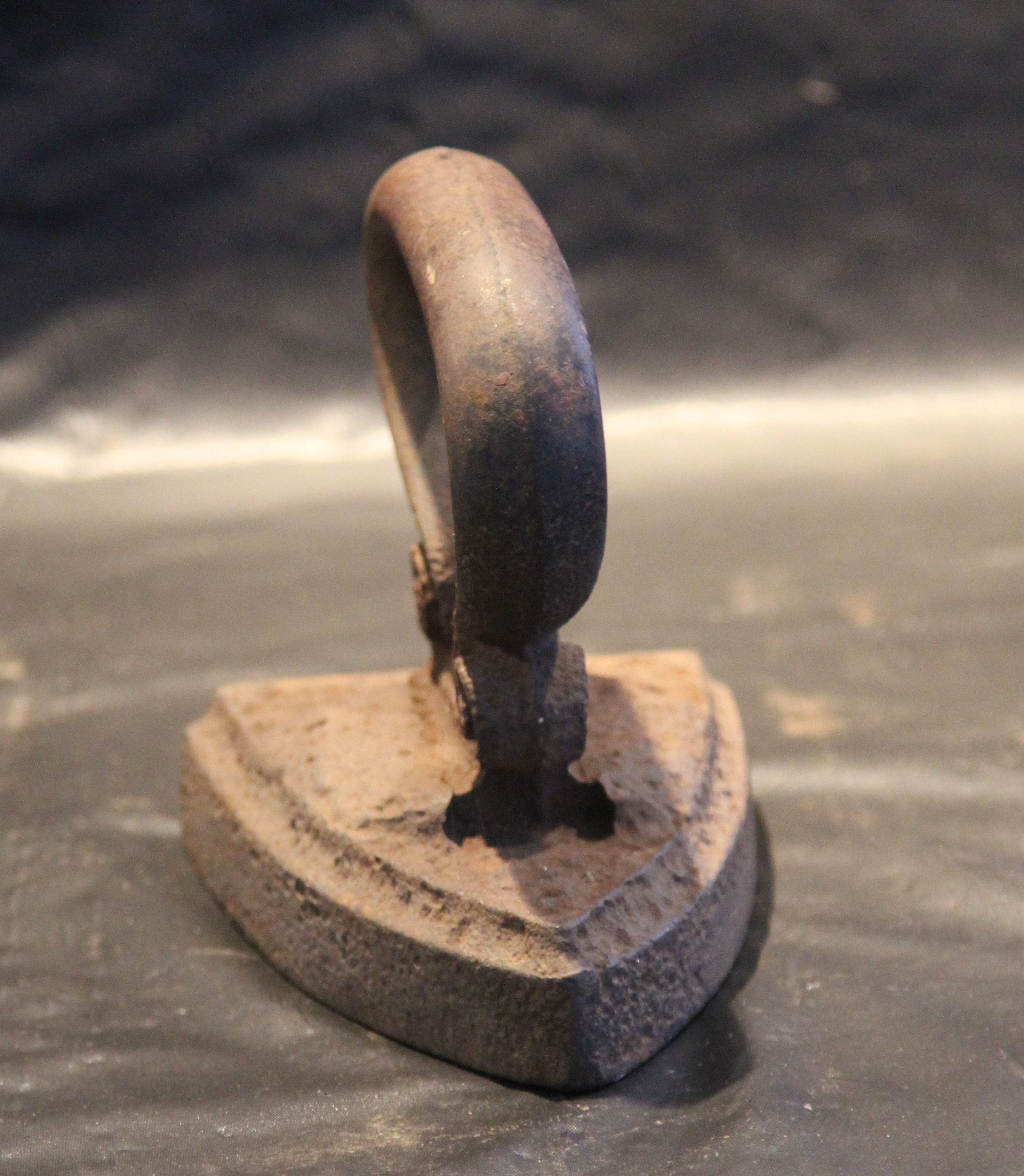 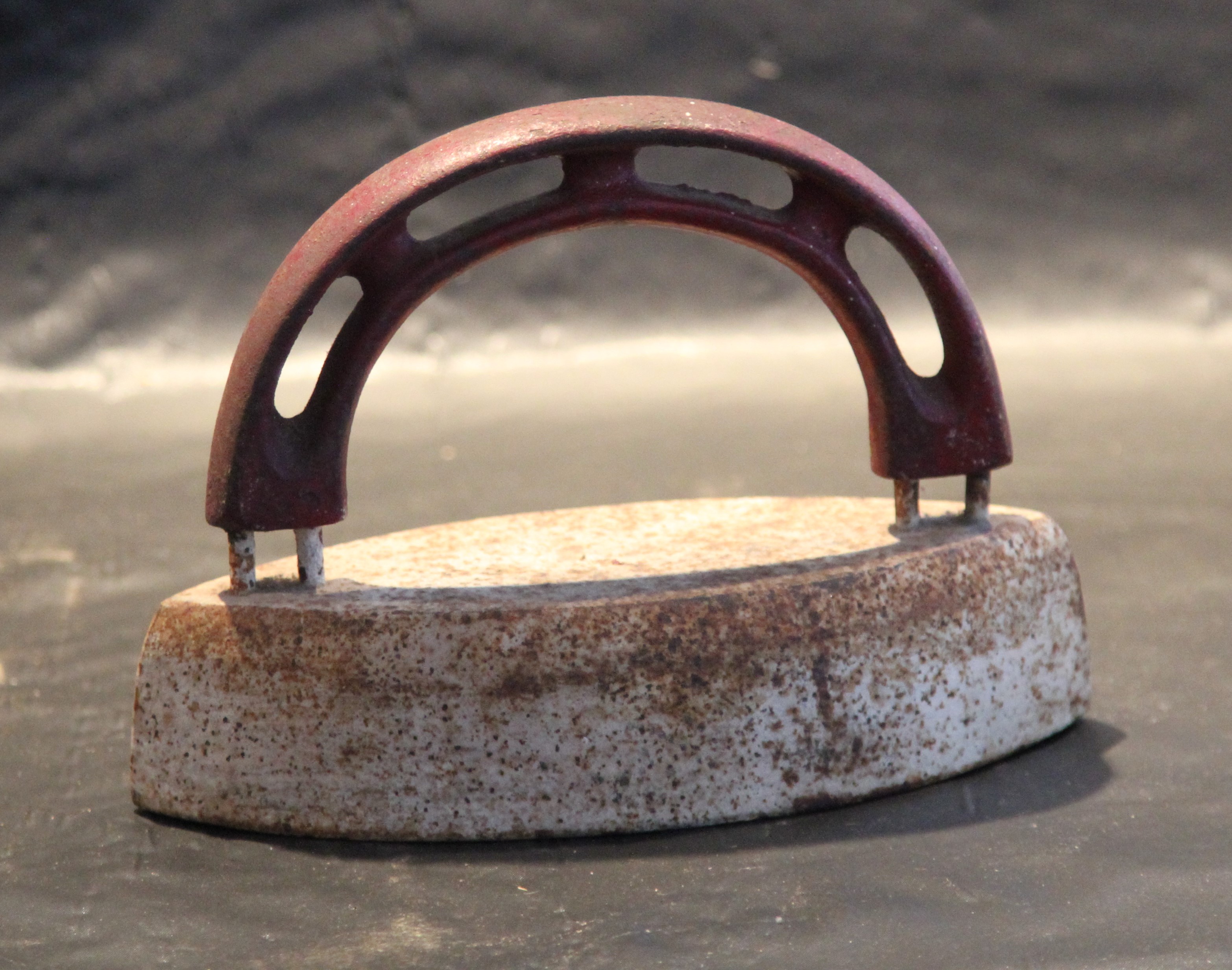