A tub of hot water, a washboard in a wooden frame with somewhere to rest the bar of laundry soap in pauses from scrubbing - this is a familiar image of how great-great-grandmothers washed the laundry.  Idealized images of early advertising or today's nostalgia products, the washtub is on a stand near a bright, breezy clothesline, though in reality it may have been in a cramped kitchen or dark tenement courtyard, or by a tumbledown shack.

There were huge changes in domestic life between 1800 and 1900. Soap, starch, and other aids to washing at home became more abundant and more varied. Washing once a week on Monday or "washday" became the established norm.

The plungers (currently used term) include a milking-stool-on-a-broomstick contraption that is generally called a dolly, but was also a dolly-legs, dolly-pegs, peggy, or maiden.  The metal cone type on a handle are usually possers in the UK, or plungers in the US, but can also be called dollies, possing-sticks, or poshers.  [Possing is an older word than dolly; it means beat down or thrust.]

All were for agitating the cloth in a wash-tub, dolly-tub or possing-tub.  There were regional variations in the way this was done, but it can be seen that the dolly with legs could pound as well as stir.

The metal cone possers used suction to drive the water through the dirty clothing. Some had perforations to help the water circulate. They were more suitable for manufactured cotton clothes than earlier tools designed for linen, as only the heaviest cotton fabrics could take a beating from a big wooden dolly. 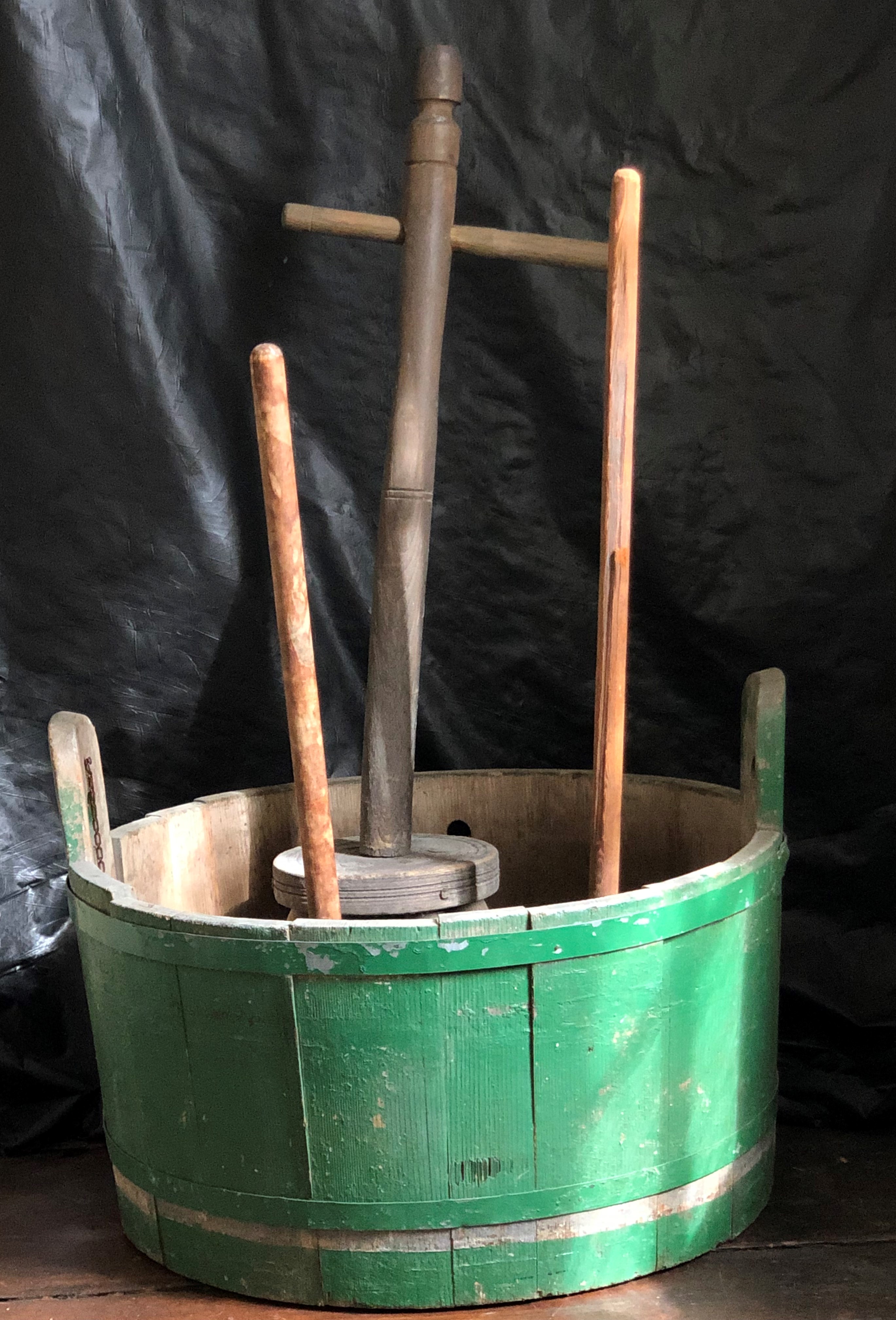 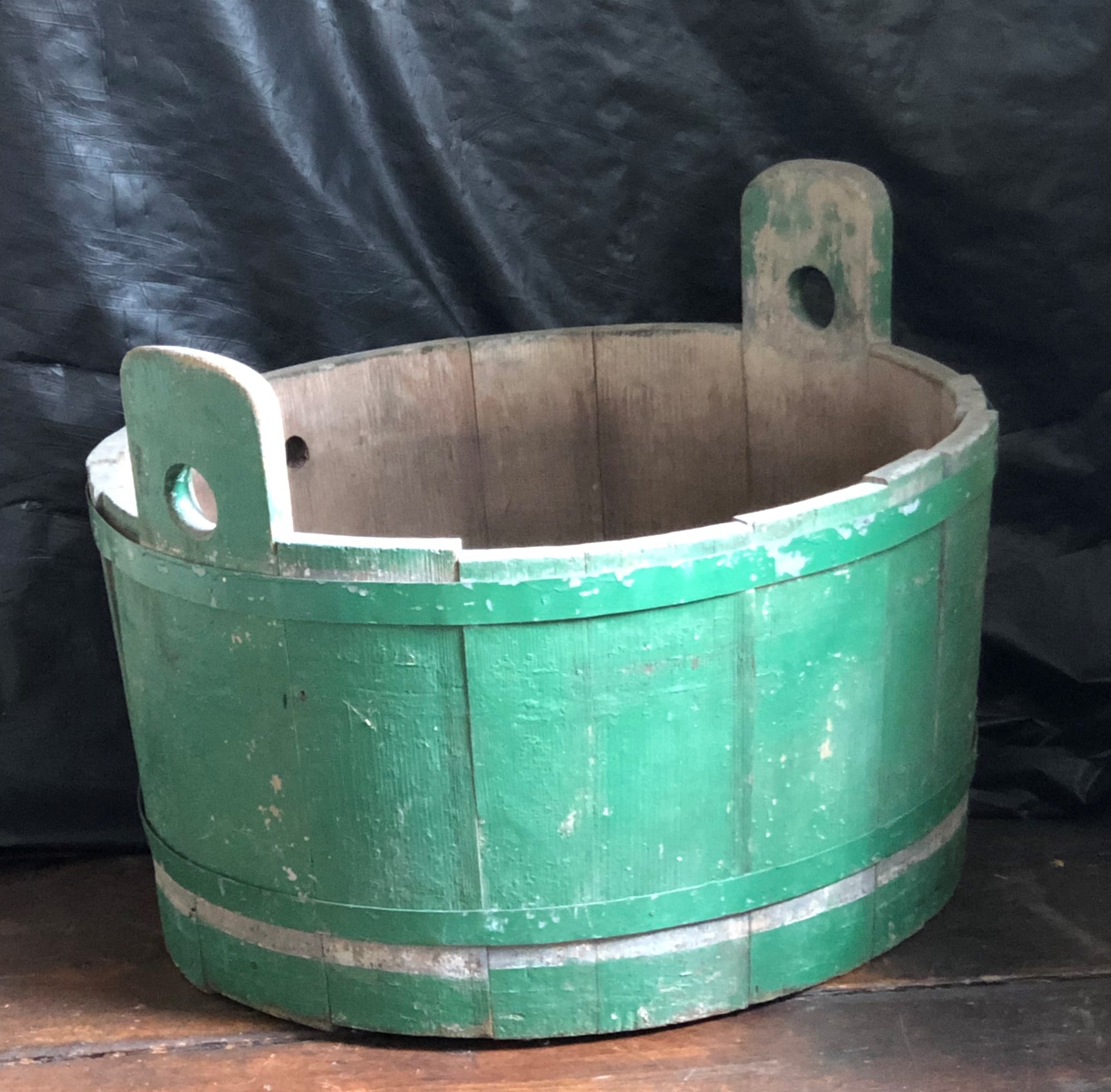 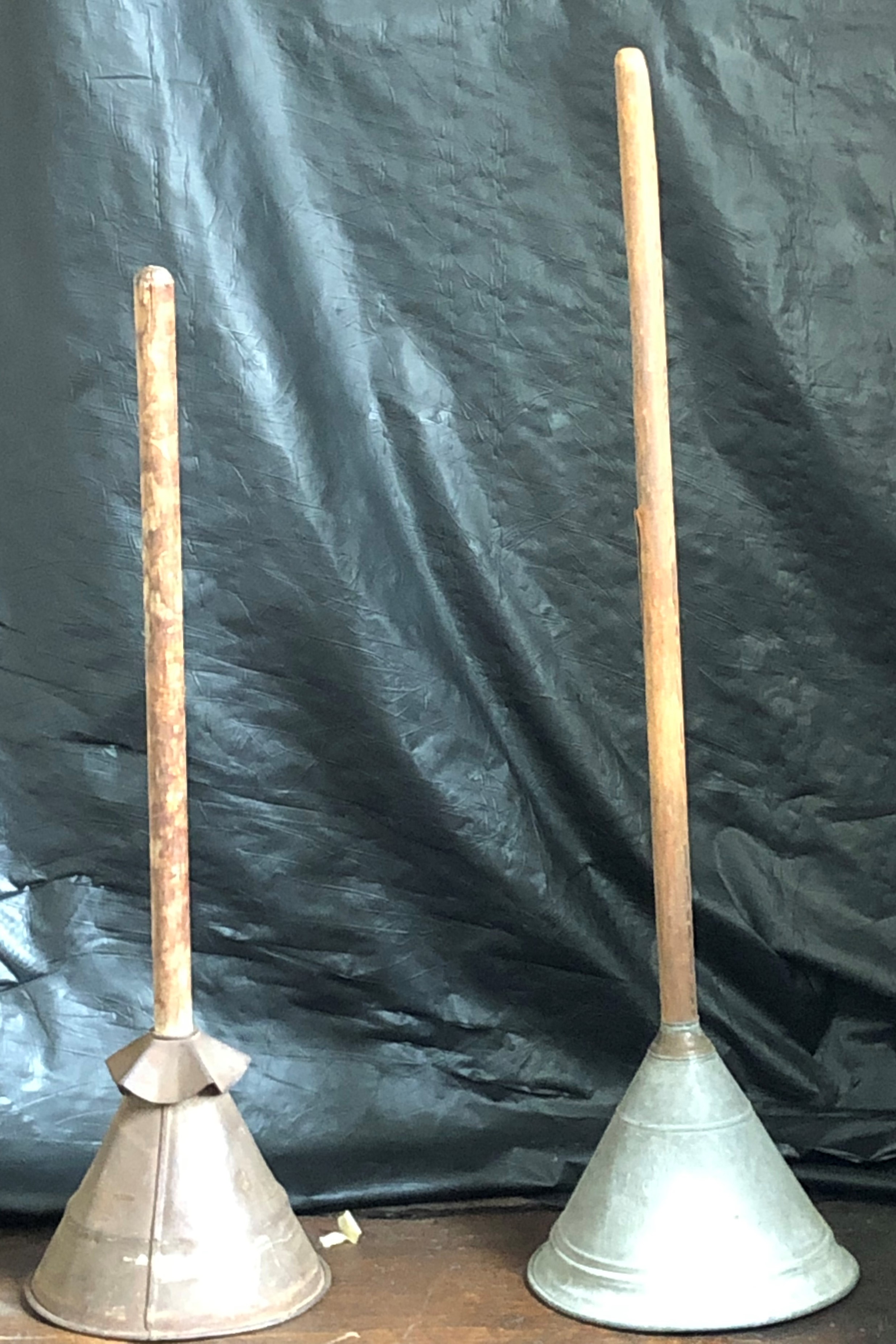